Butterfies not birds are the order of the day!

A major invasion took place yesterday when hundreds of Painted Lady butterflies descended on the beach throughout the afternoon and evening. I have never seen so many butterflies..they were everywhere. Today despite the wind changing from a light Southeaster to a brisk North Westerly they are still very evident clinging to the pebbles on the beach and flying in small groups of 5 or 6. Although they are being battered by the wind amazingly they are still able to stick close together. I understand there has been an enormous migration over Italy and northwards during this past week and a major influx has been noted in many areas.

We have a lot of Little Terns present at the moment and they along with a few Common and Sandwich Terns are finding a good food supply just off shore...a fantastic sight and a wonderful sound!
Posted by Pagham Birder at 5:34 PM 1 comment:

Having just returned from 2 weeks in the islands of Colonsay, Islay and Gigha I am now trawling through the many images I managed to capture of the birds in these magical islands. My highlight was success in stalking a Corncrake and were it not for the help of local birder Ian Brooke at Kilchoman I would not have succeeded...even so I was only able to see it for less than a minute and even then it spent most of its time hidden in nettles....thank you Ian !!! 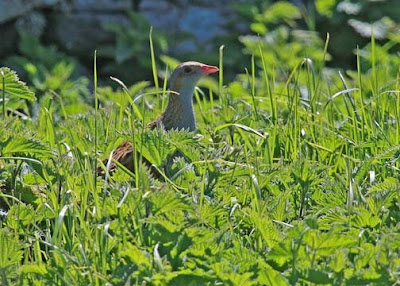 We were fortunate in seeing several parties of Whimbrel passing through the island heading to breeding grounds in the north and some allowed a reasonable close approach. 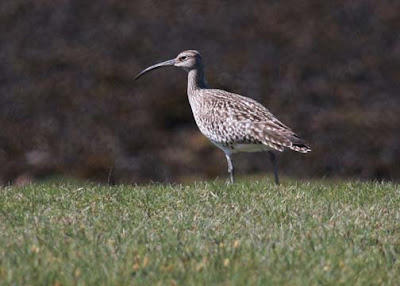 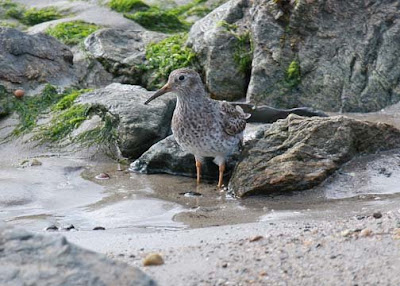 At Bruichladich on Islay there was a party of mixed waders which included a few Purple Sandpipers along with Dunlin in summer plumage and Ringed Plovers. 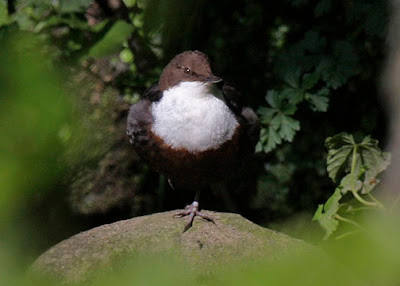 Another highlight was finding a Dipper on the River Sorn at Bridgend and even more so in getting a record of it it...my first image of this bird which never ventures down to the South Coast!
All in all a great holiday despite only having 4 days out of 16 with no rain and regetfully it was torrential when on Colonsay for the entire duration which did put pay to many photographs!
When time permits I will be posting a few more images on my Flickr site but that will have to wait a while!
Posted by Pagham Birder at 10:59 AM No comments: