Another sunny start to the day with little of interest apart from this Oystercatcher  that's obviously been probing in the mud... 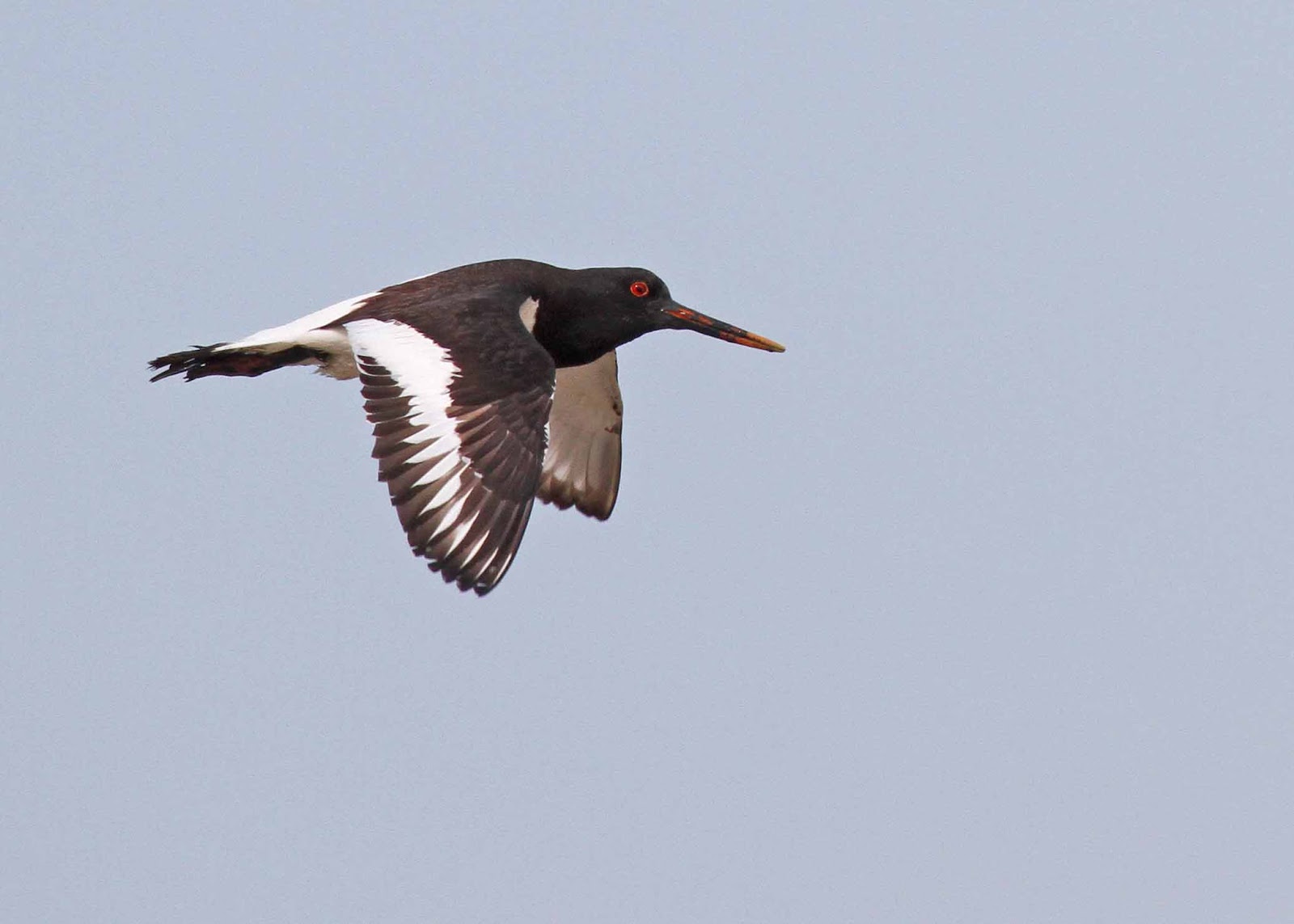 ...and this Sandwich Tern returning with breakfast after a fishing foray. 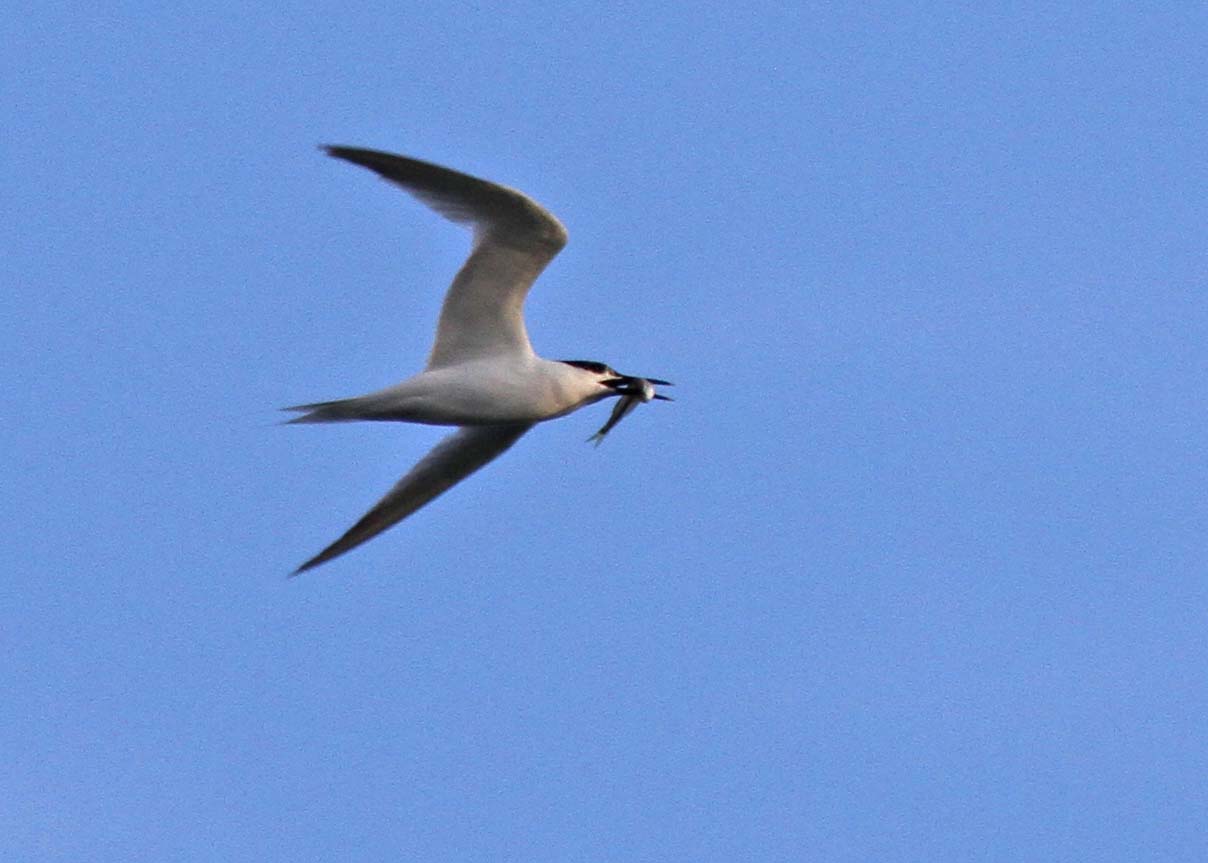 A juvenile Pied Wagtail was feeding near the Spit hide... 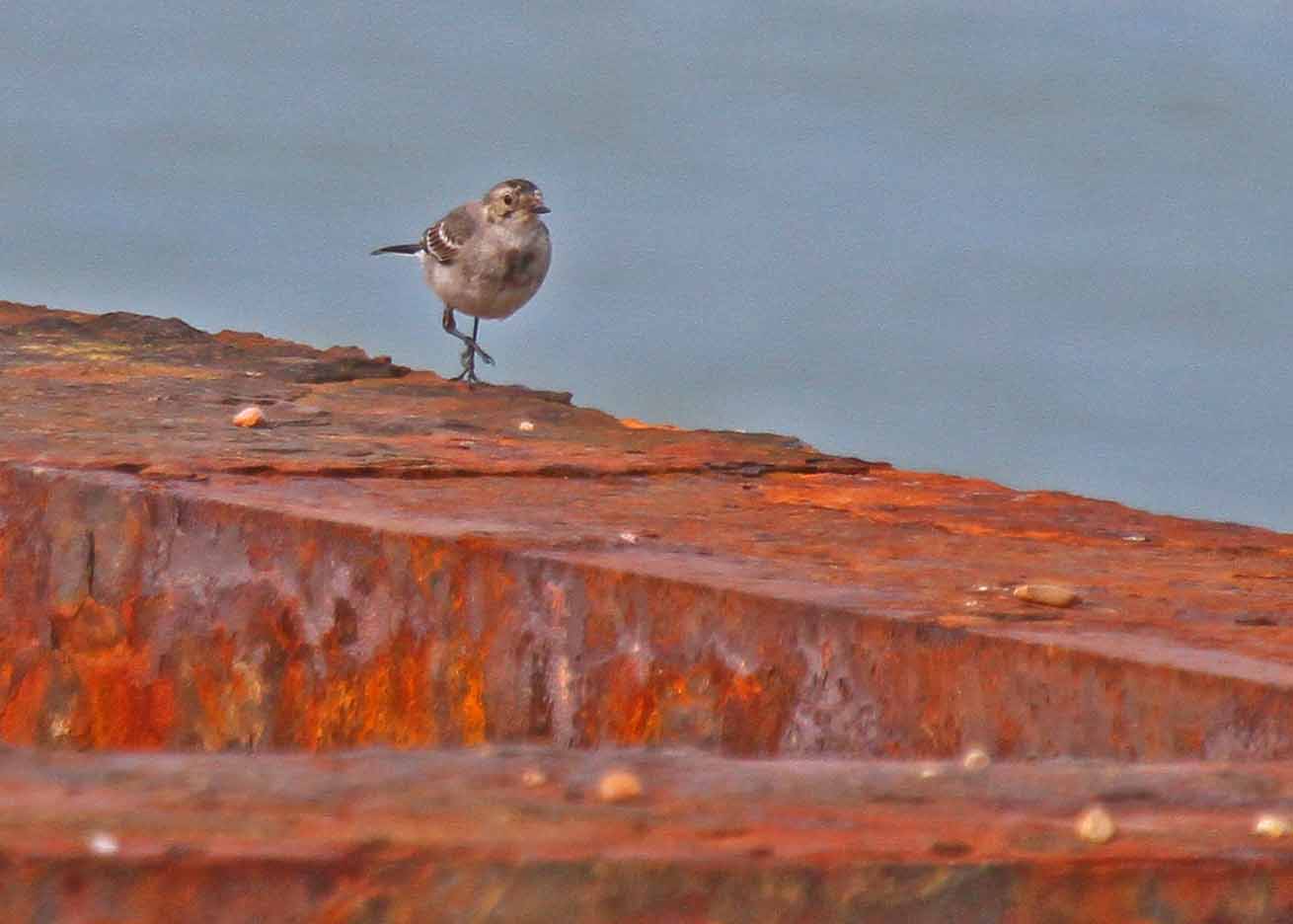 ...but the highlight for me was finding the almost fully grown Ringed Plover on the beach which I have been watching for the past few weeks from a few days old.. 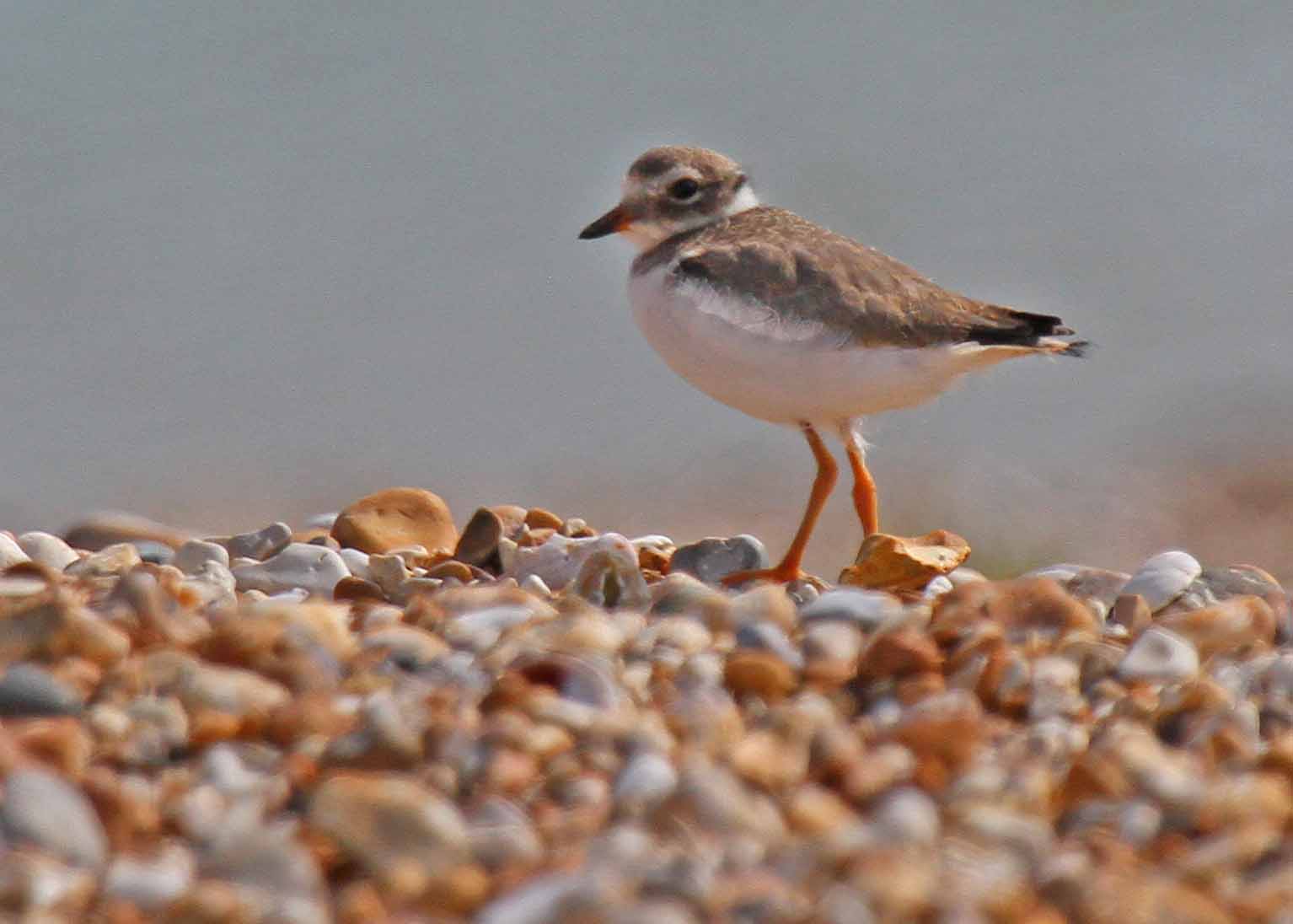 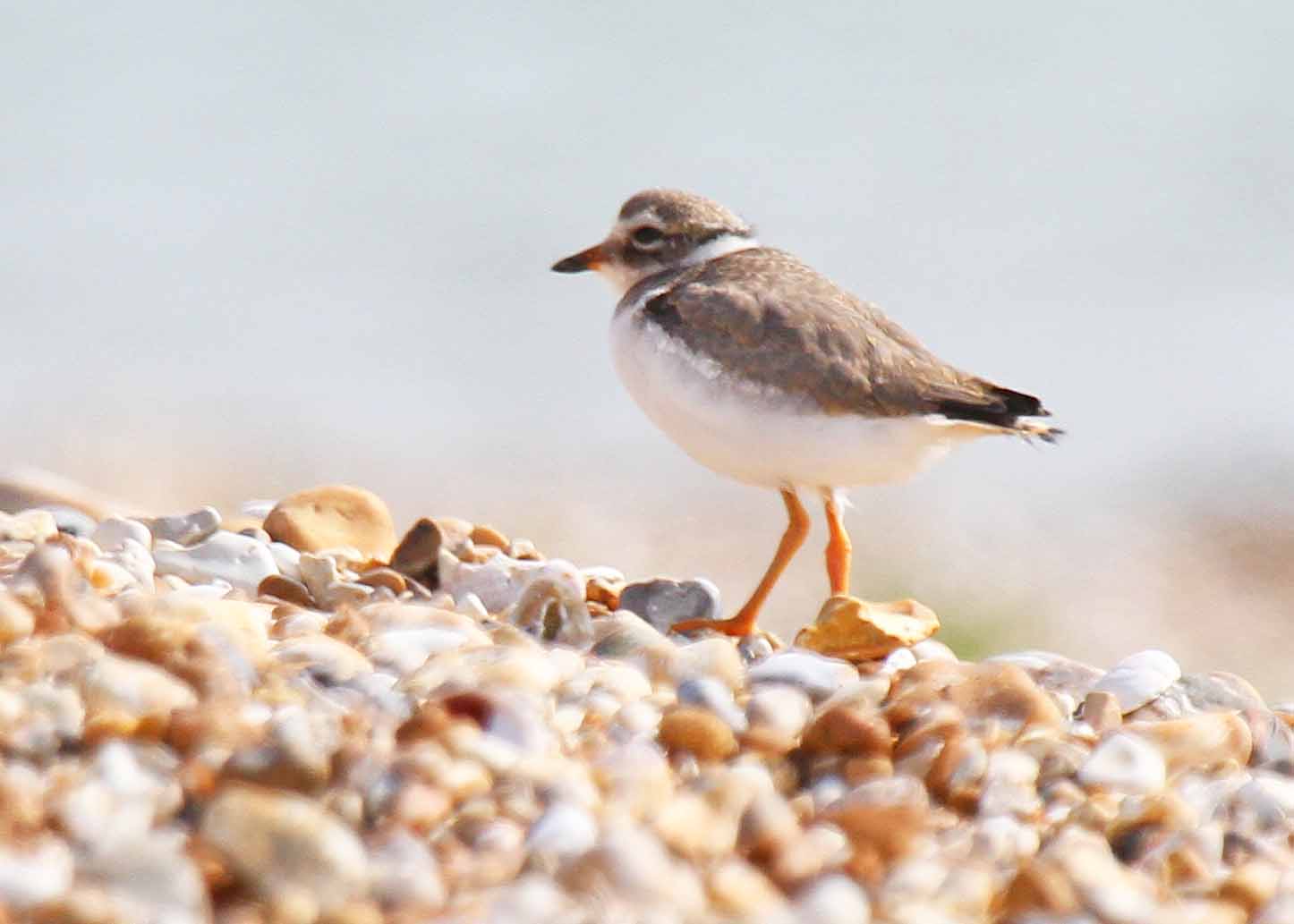 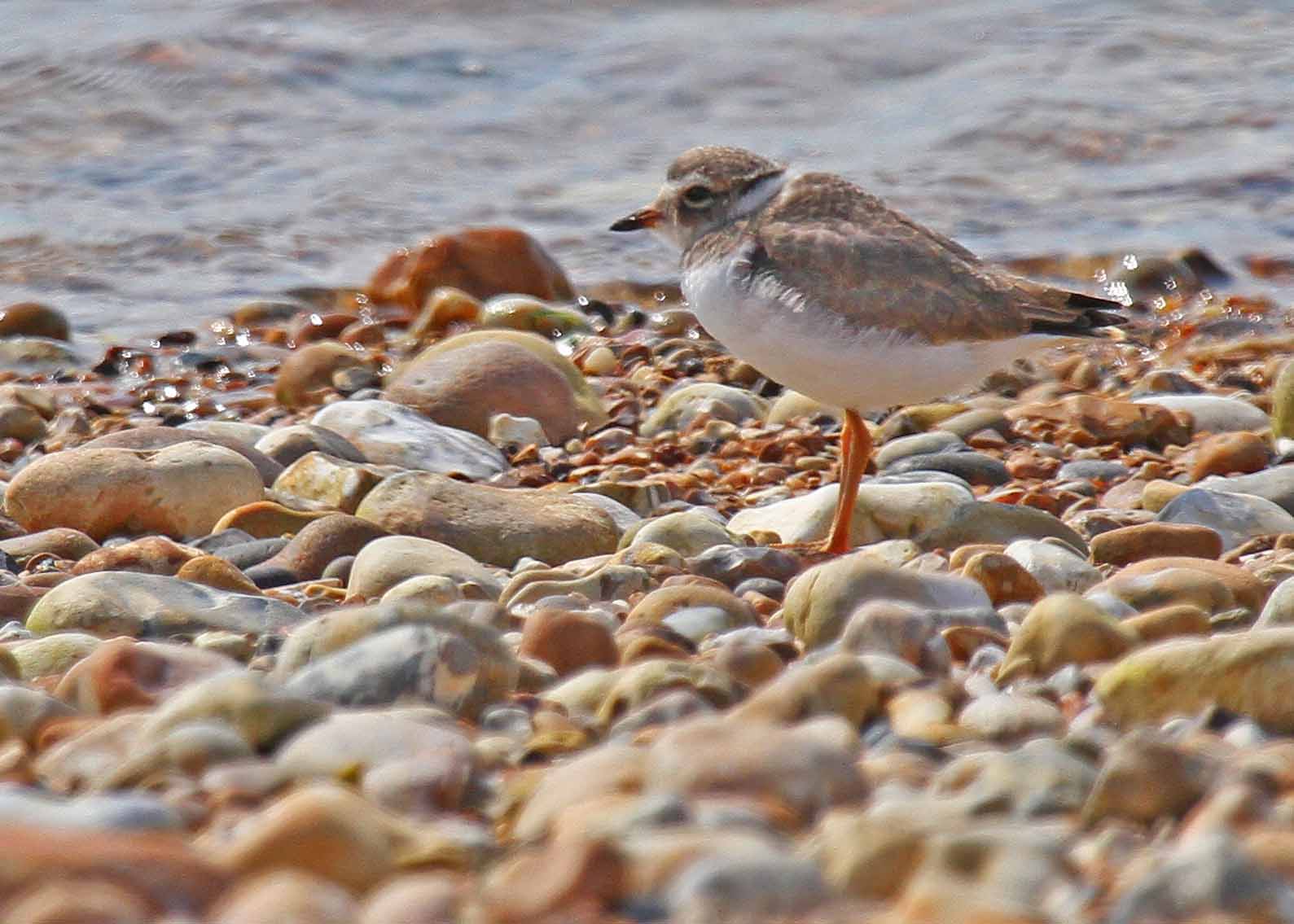 It's looking quite grown up now.

In the evening a Wheatear was present and finally a silhouette shot of Mallards over the Little Lagoon. 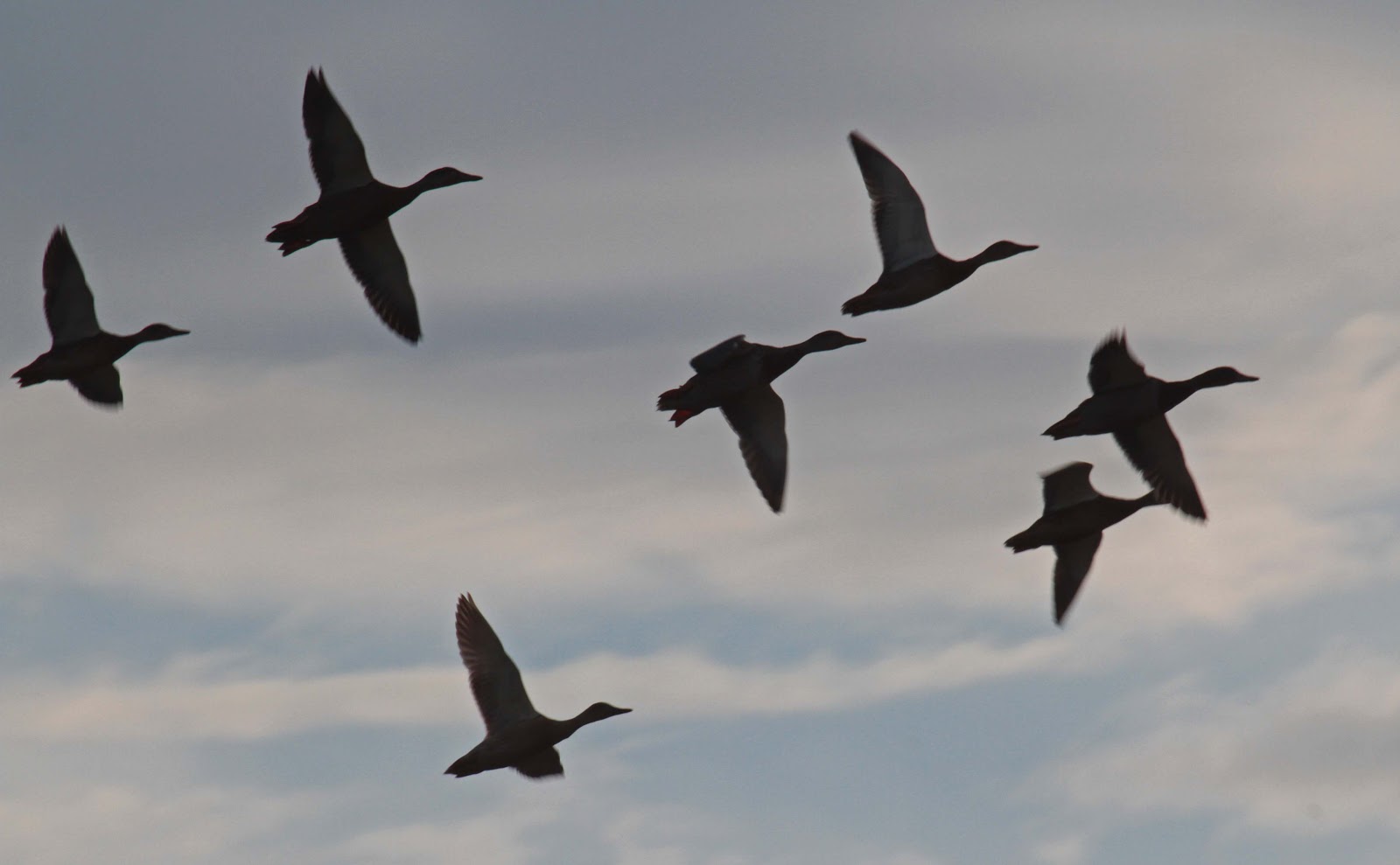 Posted by Pagham Birder at 8:44 PM No comments:

Hirundines on the move!


Definite signs that Autumn is on it's way!

In addition the juvenile Wheatear  near the Spit Hide has now been joined by an adult.


A perfect evening, warm, absolutely windless ideal for catching Bass off the spit!

Posted by Pagham Birder at 8:32 PM No comments:


Out onto Pagham Spit this morning after a week away and it was very quiet except for a few Common Sanspipers on the Lagoon and along the harbour edges.
A juvenile Wheatear was a surprise near the Spit hide.
Little Terns were were very active on the Church Norton Spit and one was seen feeding a chick and others were fishing.
Later in the day there were at least 10 Little Terns and a few Sandwich  flying over the harbour and on to presumably the Langstone direction and a rather larger bird.... 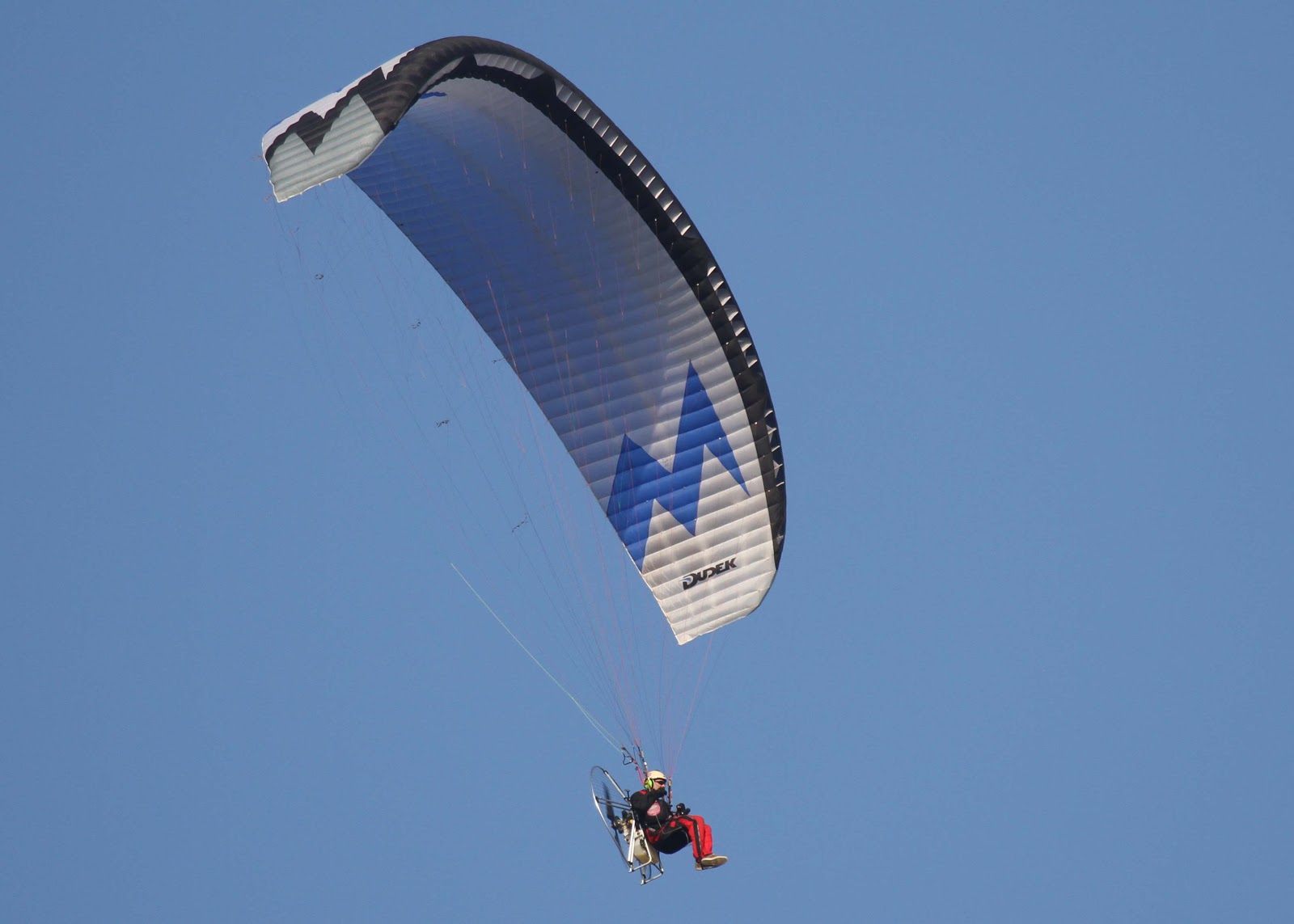 It was encouraging to see the Ringed Plover still in protective mode but I could not locate the offspring!

A week in Germany and the Netherlands produced very little excitement on the birding front..but the real purpose of the visit was to attend the Andre Rieu concerts in the Vrijhof Square, Maastricht.
The Eifel National Park was a venue for Black Grouse but the only one located was somewhat immobile. 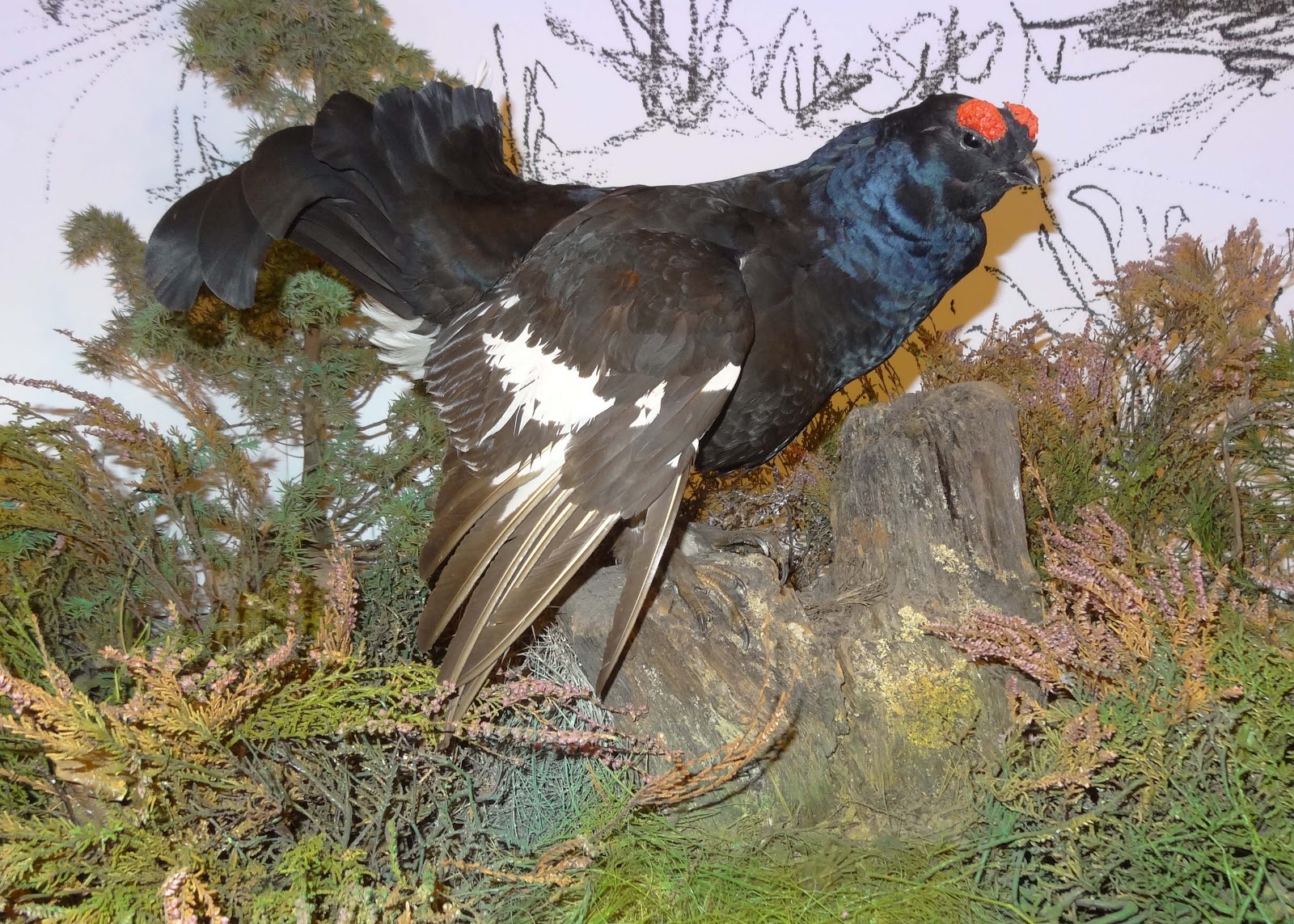 Black Woodpecker was on the 'hopeful' list but this one in Maastricht Natural History Museum was hardly tickable! 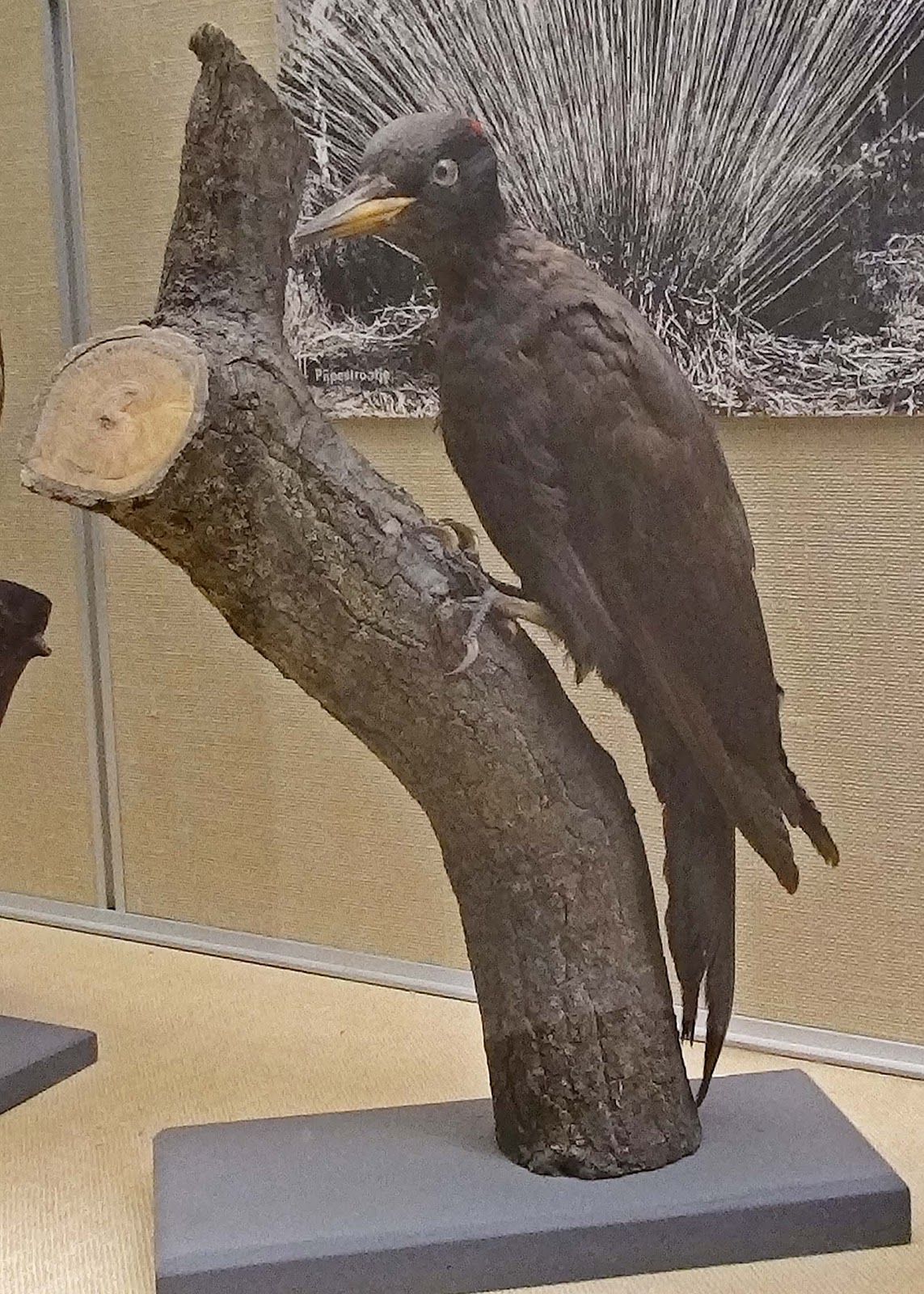 Maastricht Park did have a real live ..... 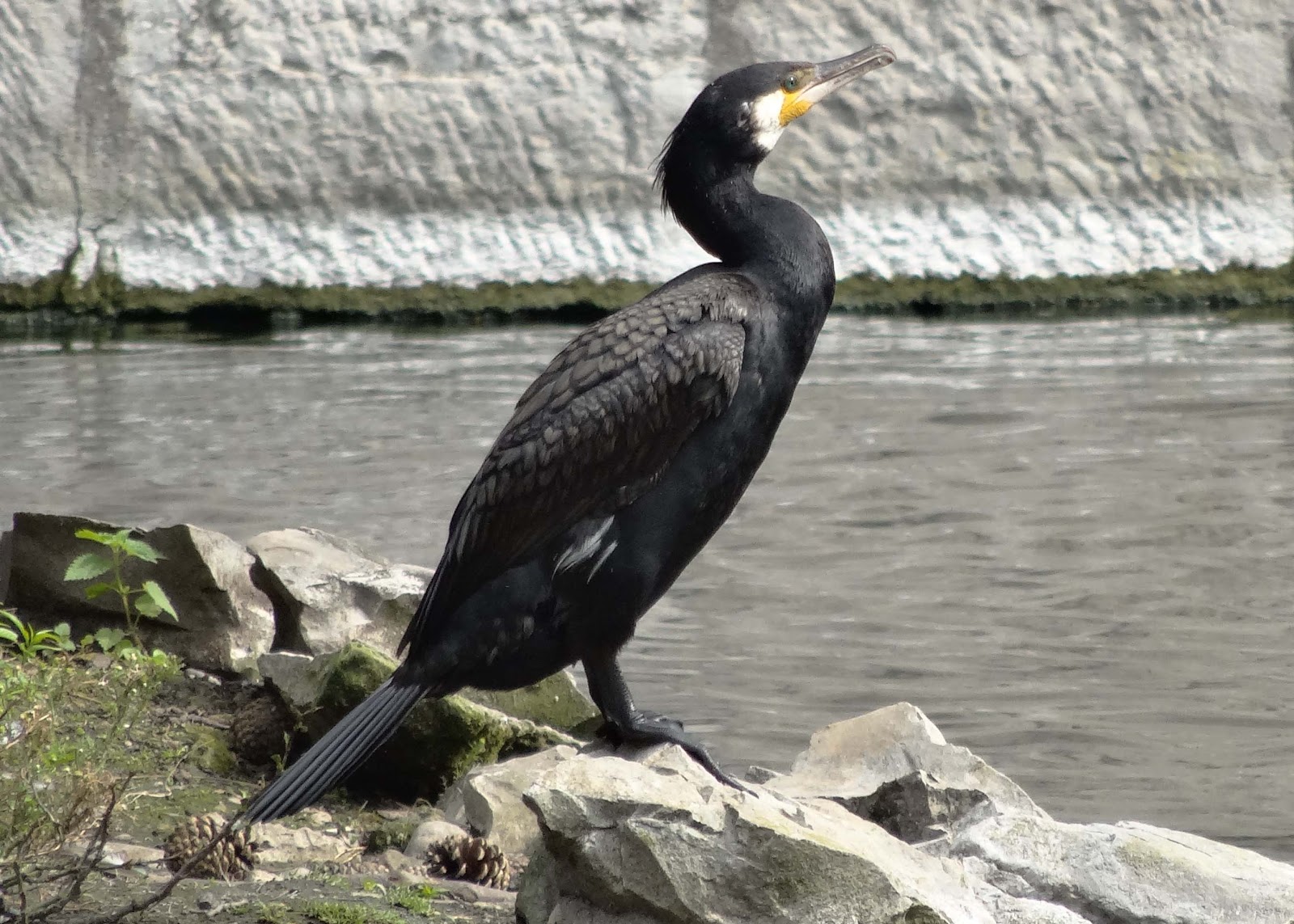 As expected Black Redstarts and White wagtails were widespread. 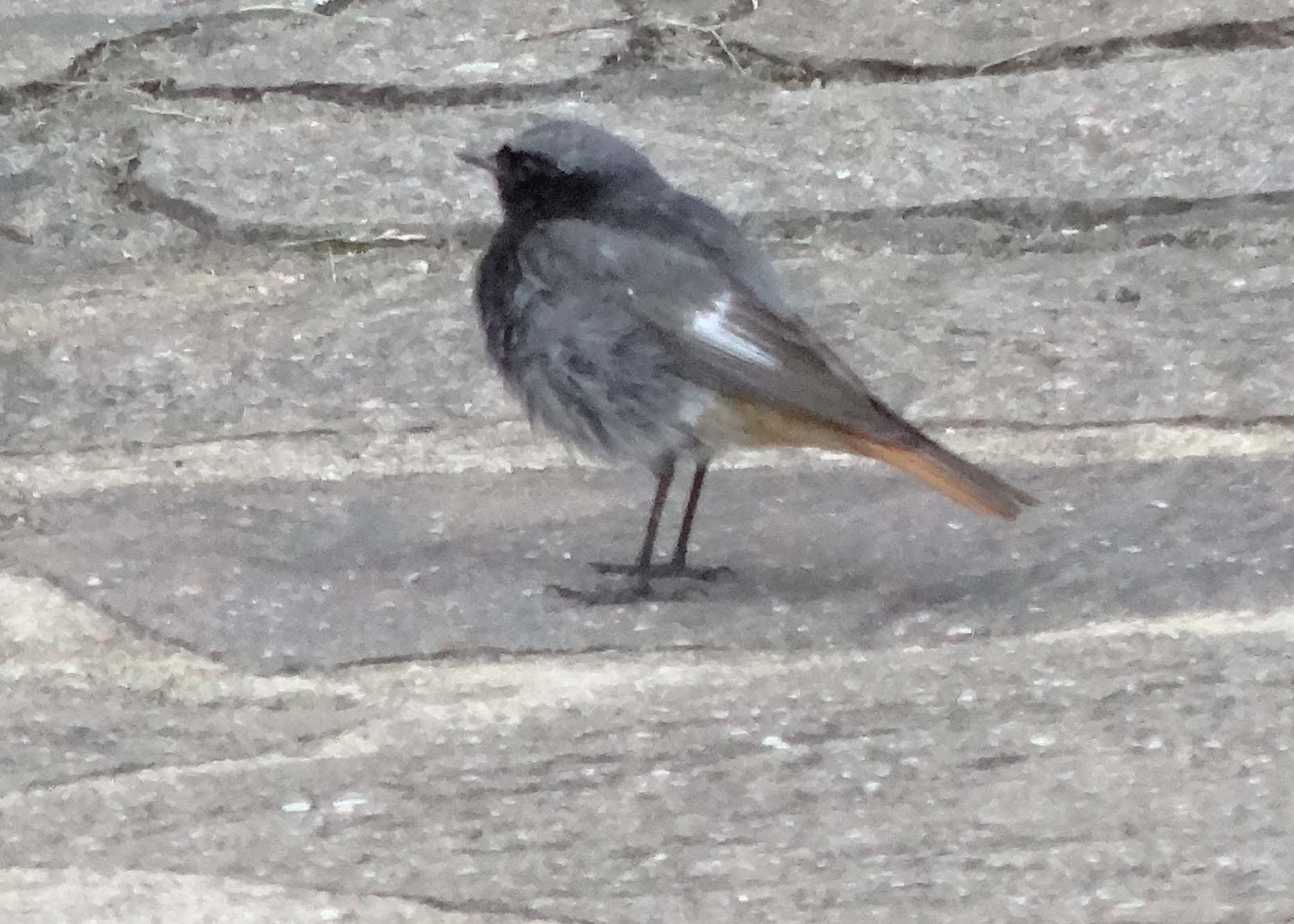 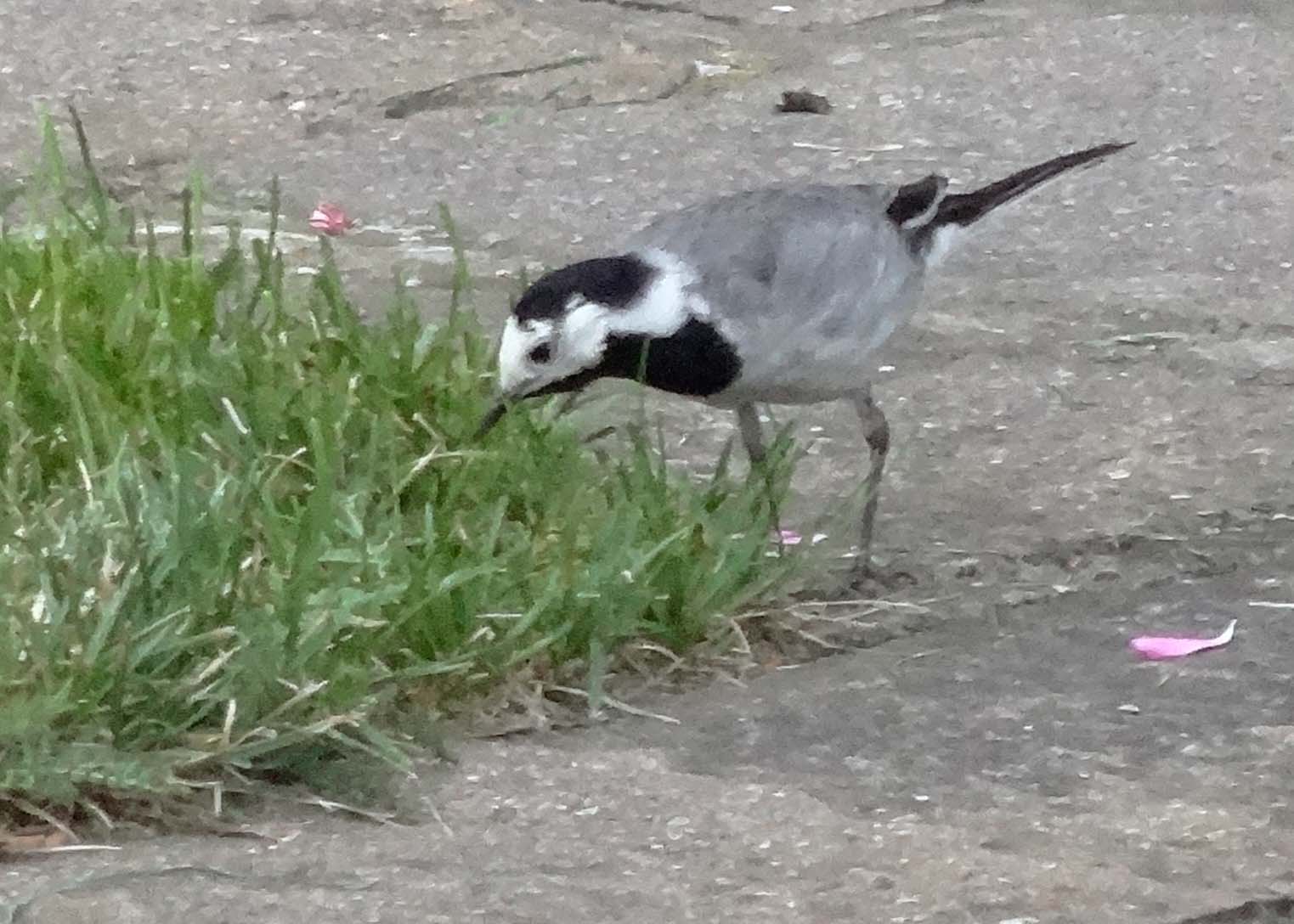 It is July and it was very hot (32C at times) so its back to Pagham now and we await the late summer movement to start very soon!
Posted by Pagham Birder at 8:29 PM No comments:

Plenty of juvenile Passerines about today...I believe it has been a good breeding year for several species!

Whimbrel are now passing through with three in the (new) main channel where interestingly, two Common Scoters flew along yesterday late morning. Also this morning a few Turnstones (accompanied by a single Dunlin)...some sporting their  resplendent tortoiseshell summer plumage!


Little Tern still feeding in the main channel where the young Ringed Plover(growing bigger daily) is still being protected by its watchful parents  .

Posted by Pagham Birder at 2:02 PM No comments:

As the featured bird on BBC Radio 4 this morning was the Ringed Plover it seemed appropriate to put my 'patch' bird on the blog!

So here it is...still protecting its single offspring of a few days old. Apart from that a fairly quiet morning with just a few terns fishing in the harbour.

Posted by Pagham Birder at 7:56 PM No comments:

Later in the morning I stopped off at the North Wall but apart from singing Reed Warblers there was little activity although two Shovelers on the Breech Pool was unexpected.

As the month draws on there is sure to be more activity on the wader front...I just wish there were some muddy fringes to the Breech Pool!
Posted by Pagham Birder at 9:46 PM No comments:

A quick walk around Pagham Spit this morning confirmed that July IS quiet. A juvenile Whitethroat put in an appearance in the Lagoon bushes confirming my suspicions that a pair had bred successfully. A Goldfinch flew off a nest in a gorse....obviously a good year for this species as we have had many Greypates visiting the garden feeders.
In the harbour a few Curlews were feeding...

A few Oystercatchers were feeding near the (old) entrance and a pair of Ringed Plovers was calling anxiously is I returned along the beach...a good sign as they were still either brooding or had youngsters. 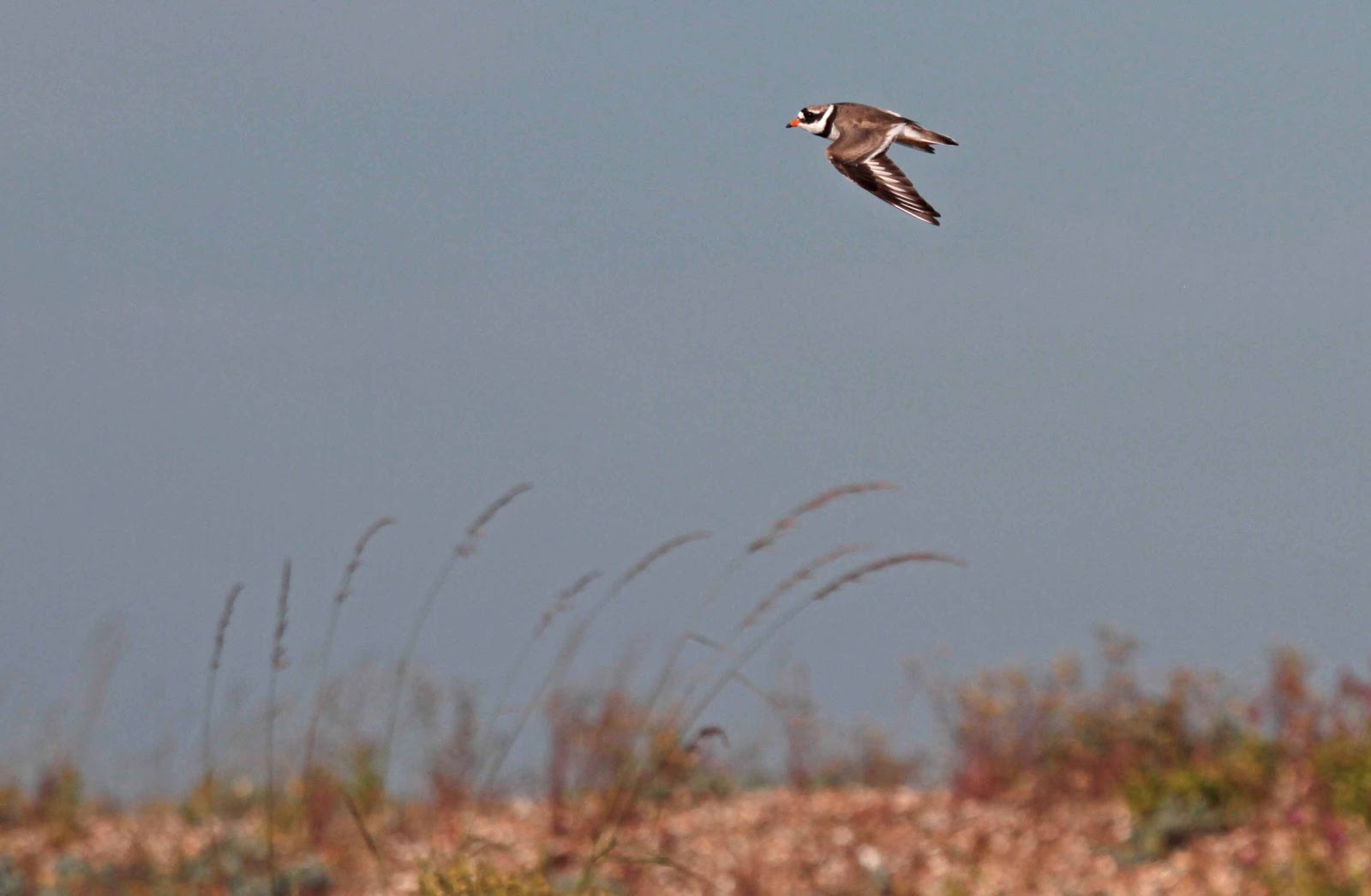 A lone Black Headed Gull admired its reflection in a pool .


In the late afternoon I headed for the North wall as David Illman had let me know of a good opportunity to photograph Swallows. I arrived and went to the suggested spot...and nothing!
On along the wall and apart from a singing Reed warbler and a Reed Bunting the only birds of interest was a distant Buzzard and half a dozen Curlew plus the usual Mallards and Coots. Two Juvenile Little Egrets were feeding up the channel leading into Breech pool. At the far end of the pool a Green Sandpiper was feeding and a few minutes later flew down to the main pool. 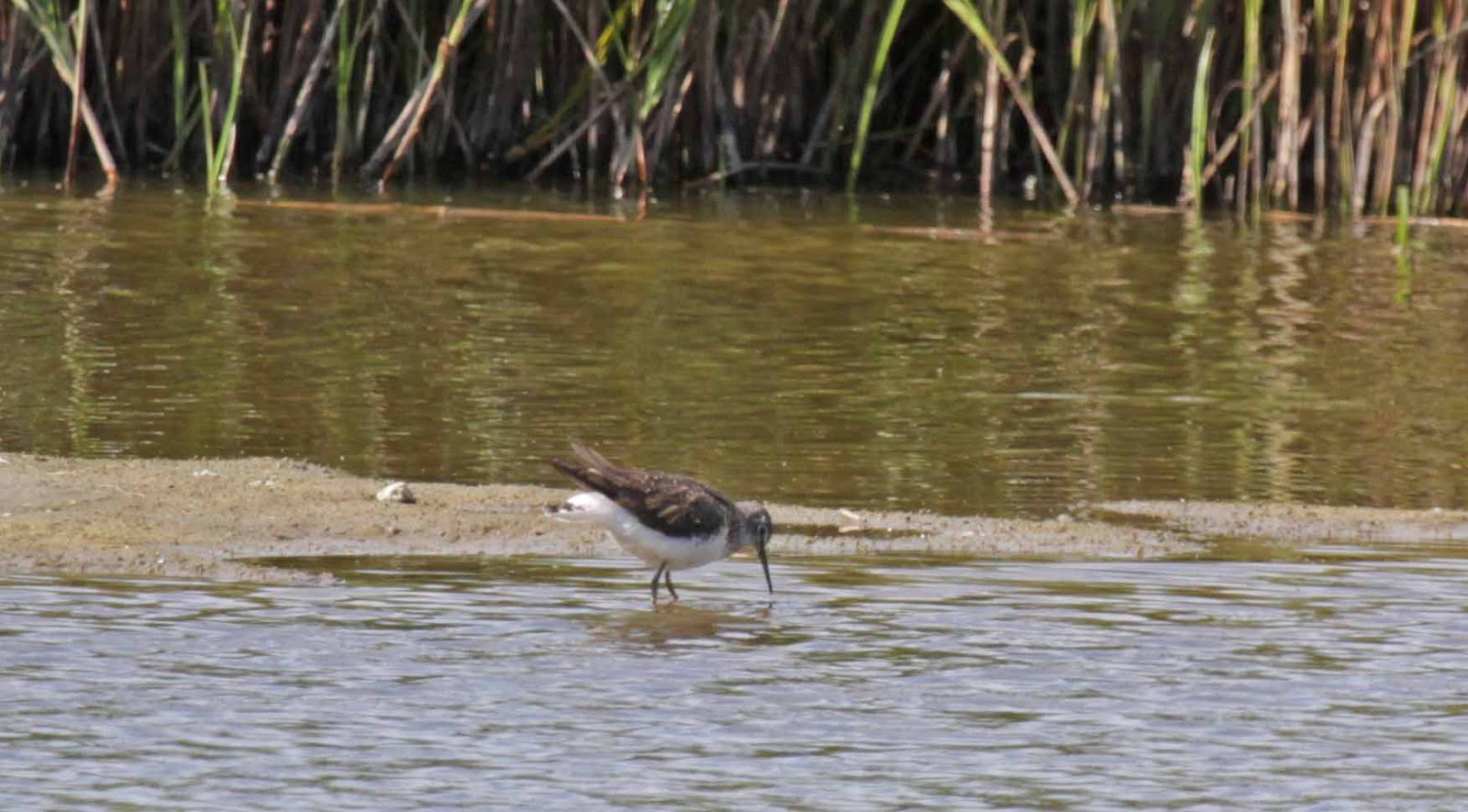 ...and a Cormorant flew over 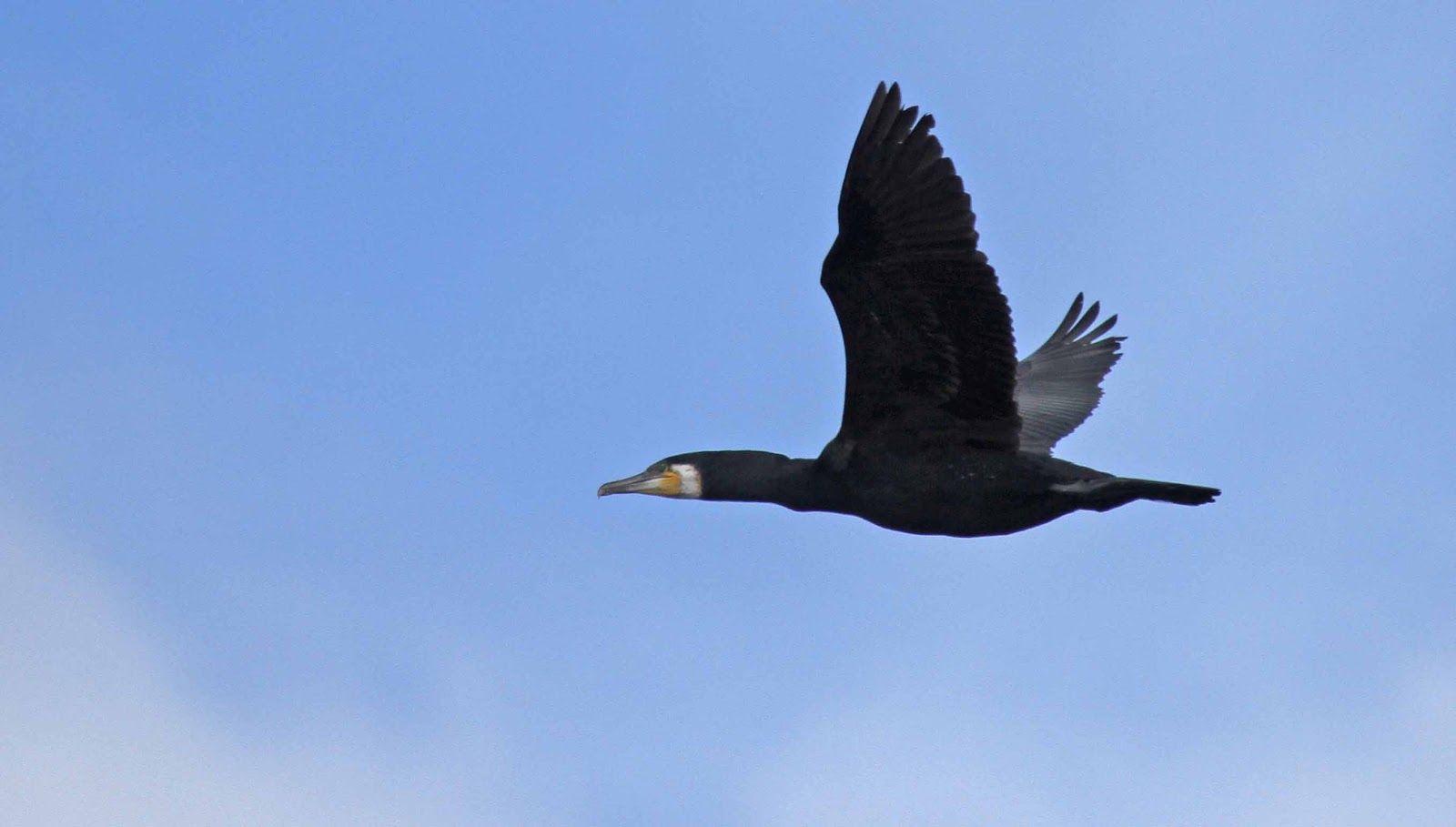 Back to the sluice gates .......and there they were! A Swallow family of three youngsters waiting to be fed. I didn't have to wait long. Soon they were being fed by the parents whilst they remained on the wing. 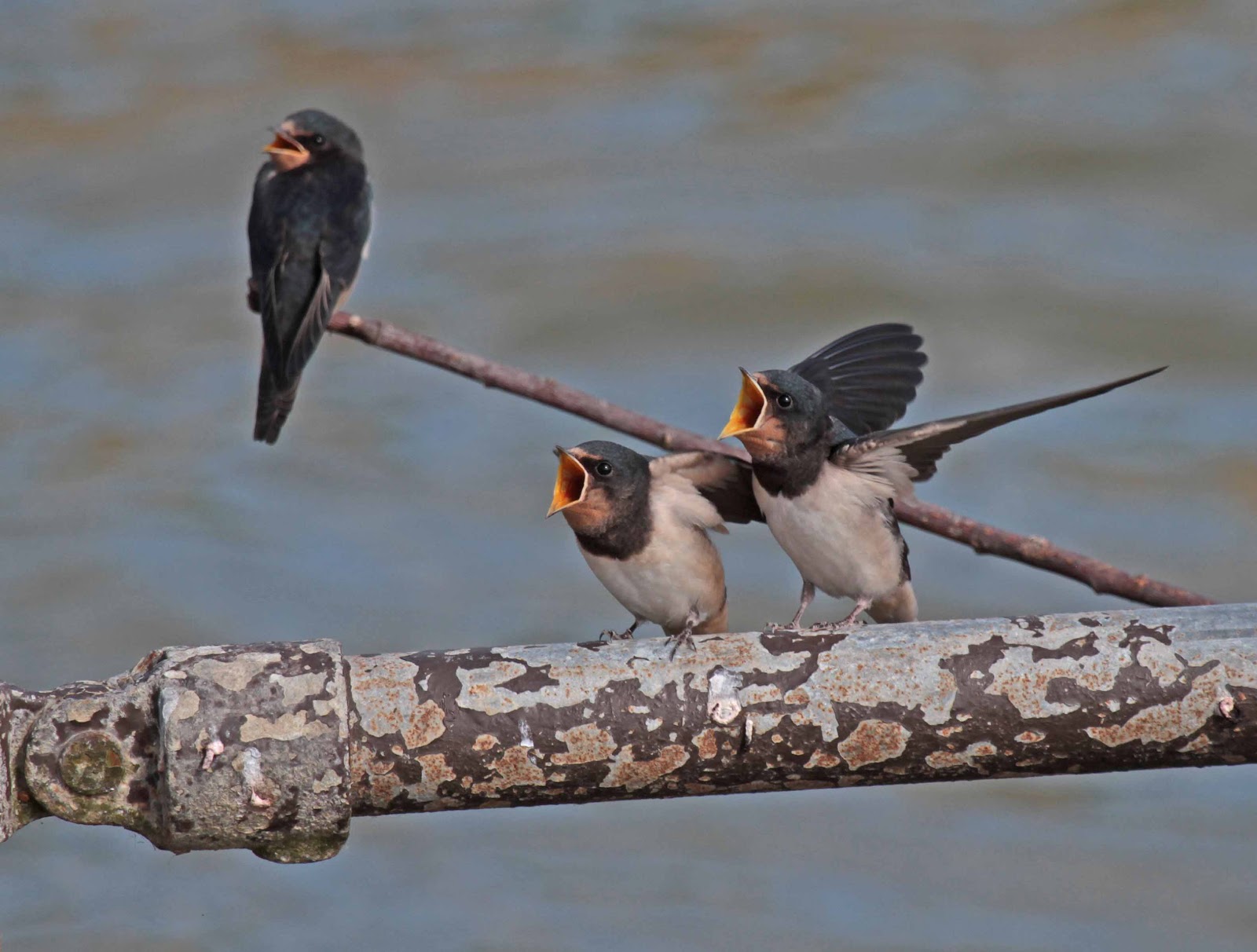 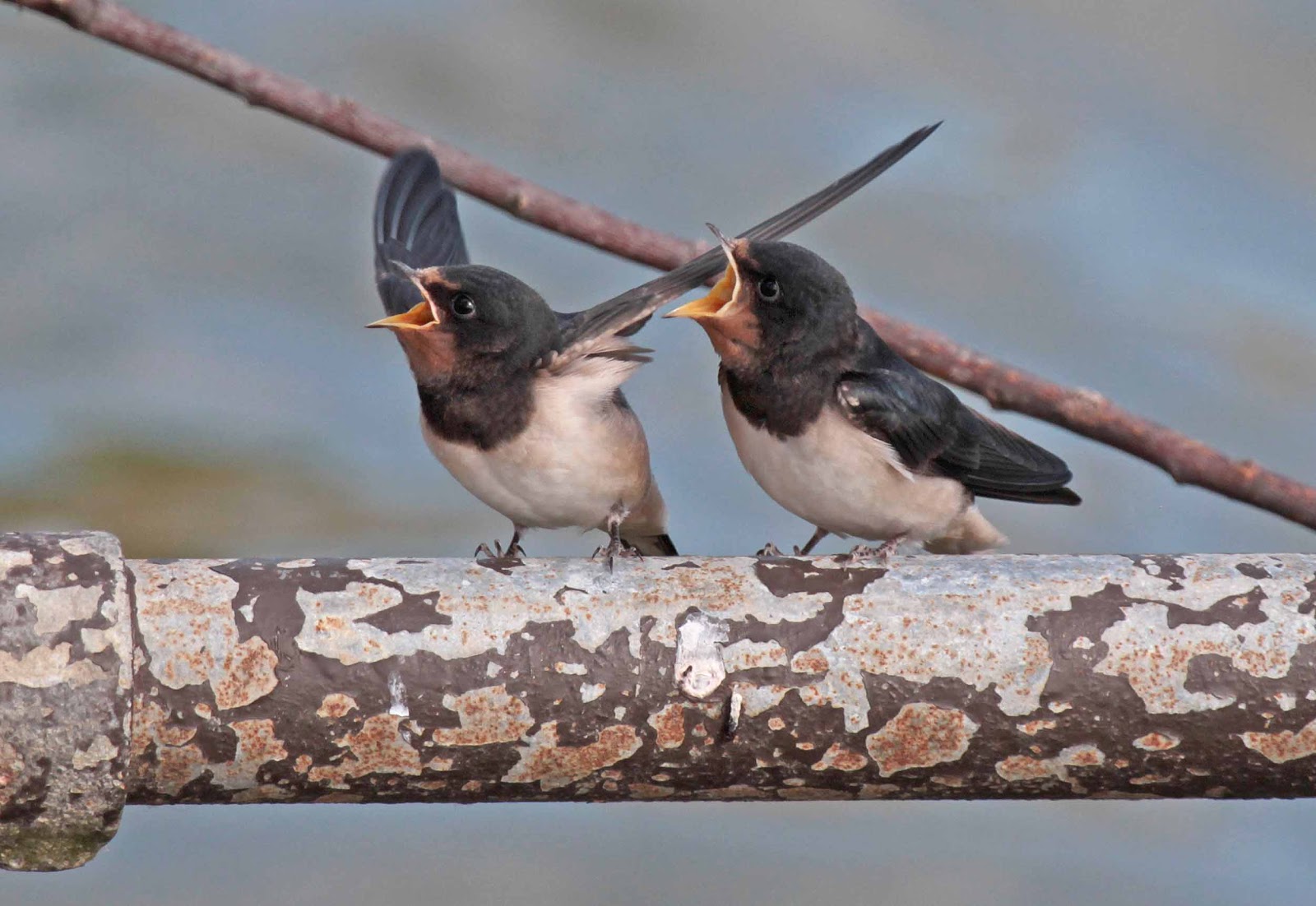 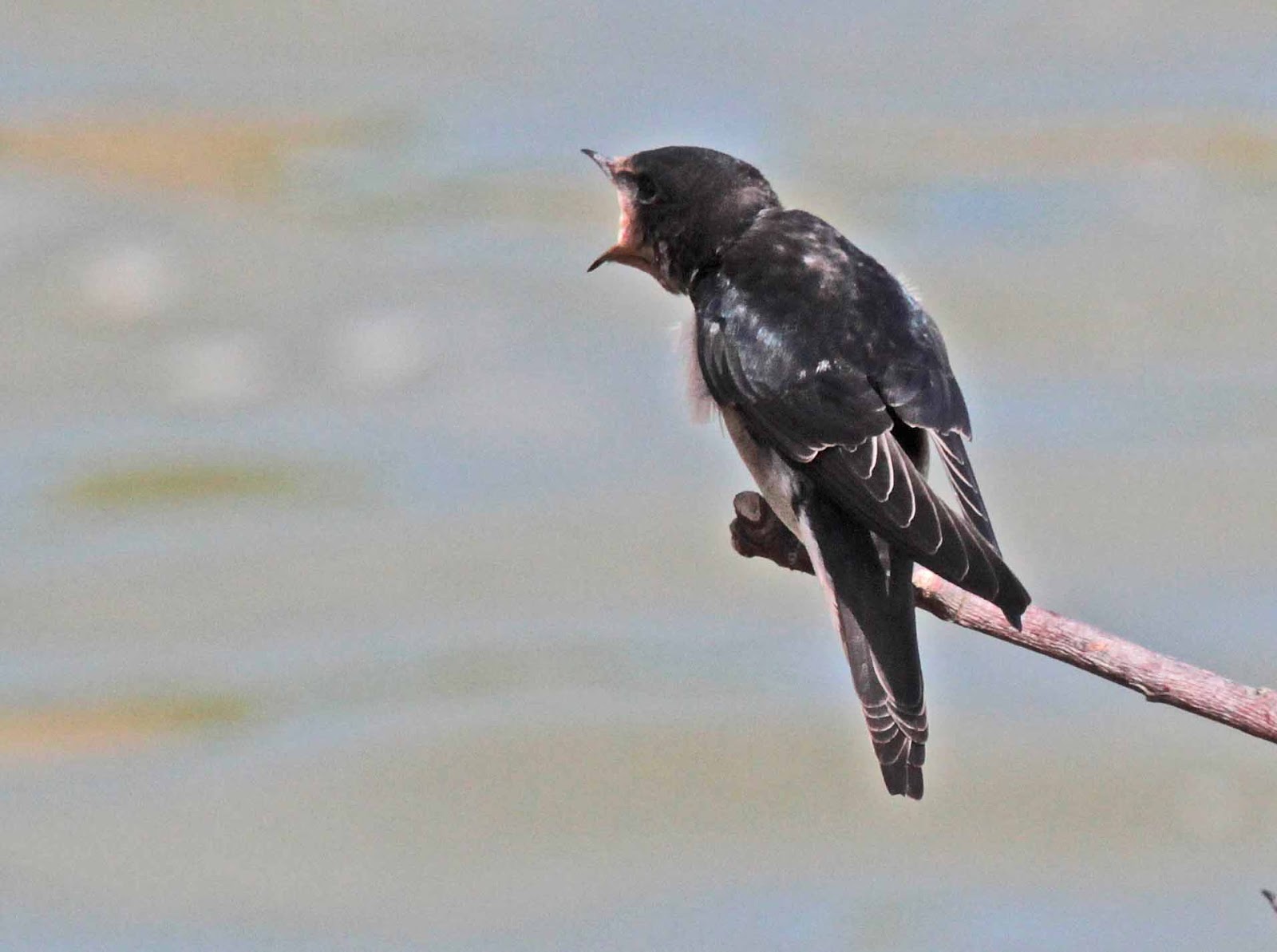 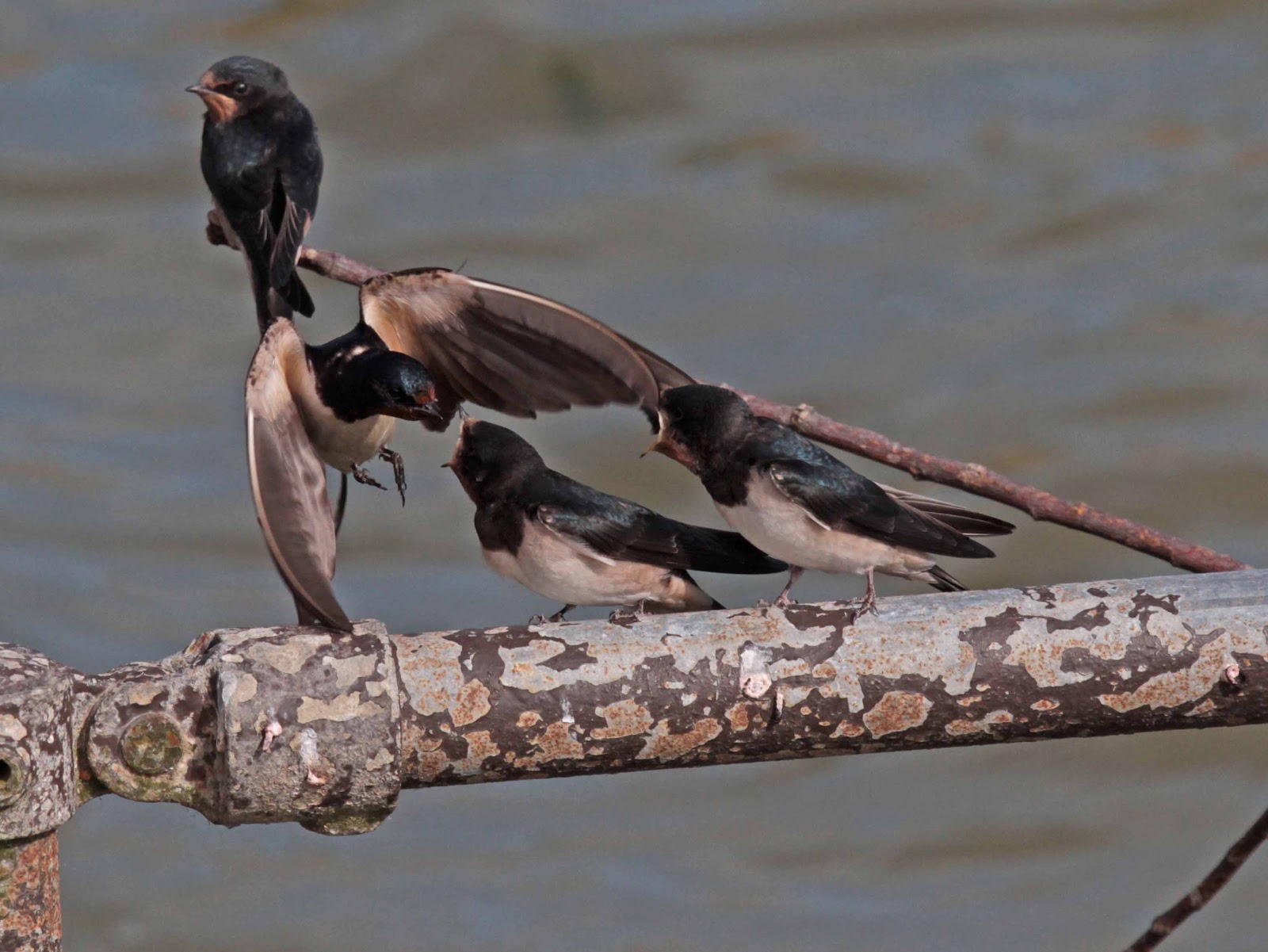 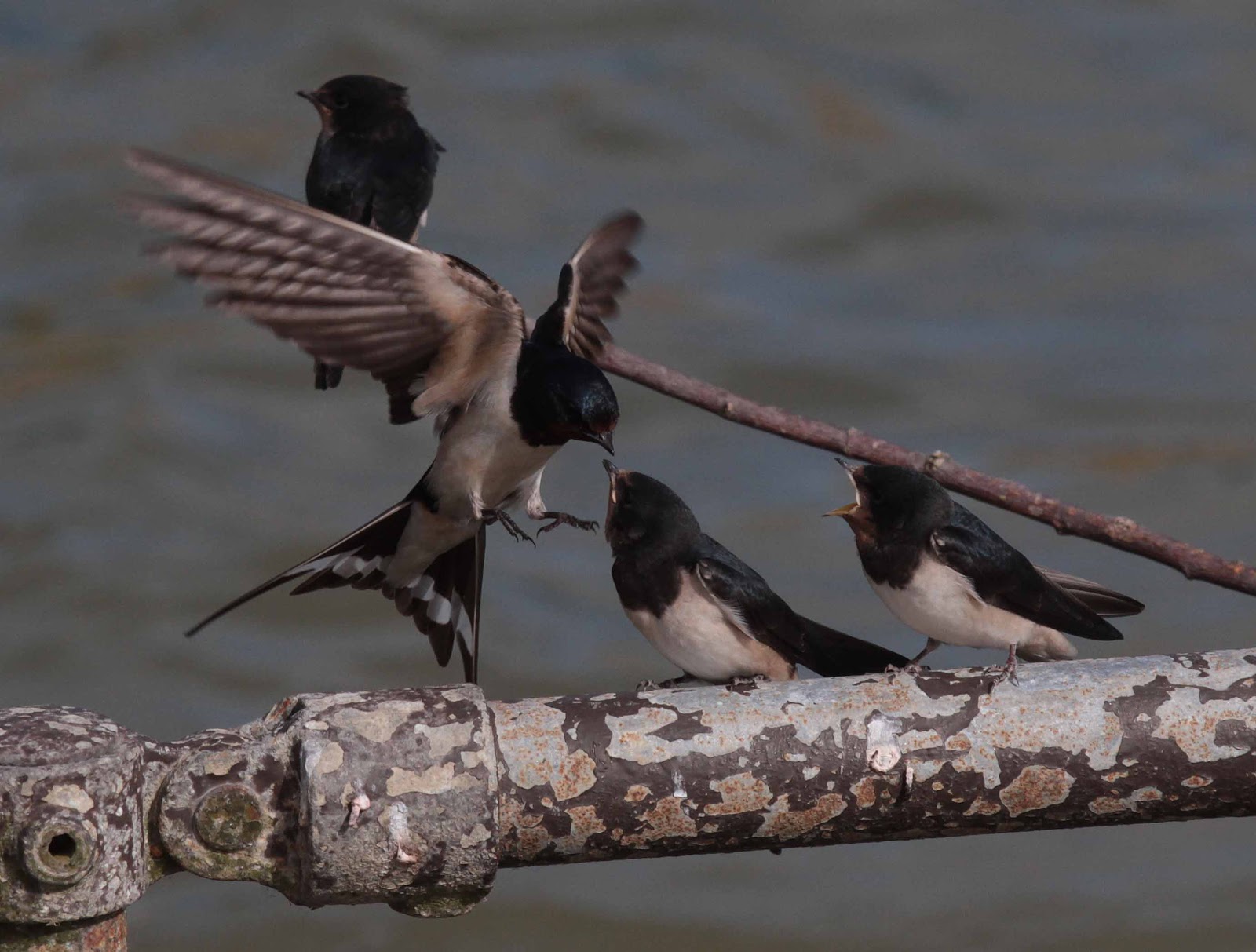 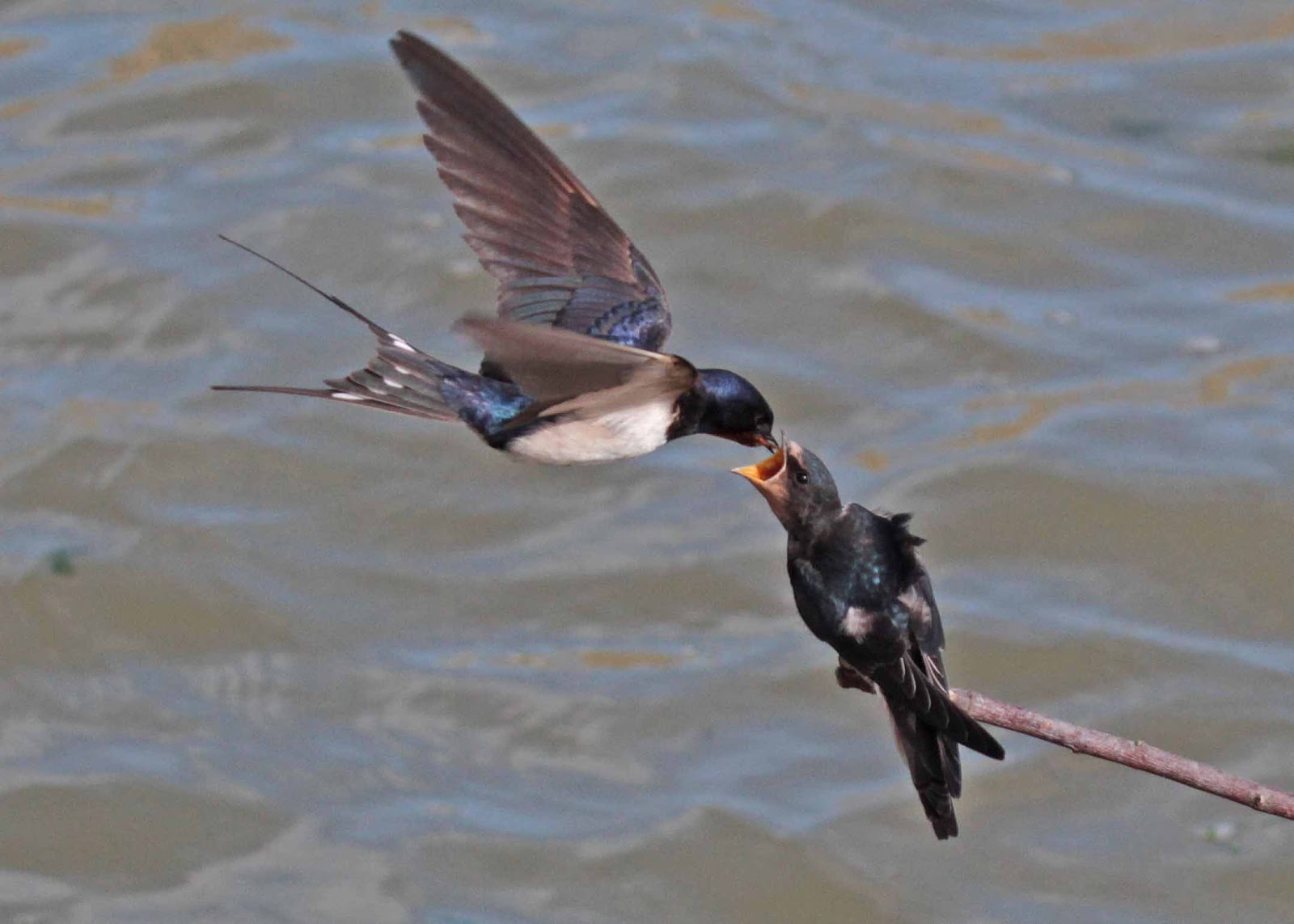 So despite July being quiet, there's always plenty to see!