A visit to to the Spit Hide with a scope this morning proved interesting with 10 Bar Tailed Godwits, 1 Greenshank and, most unusually, 10 Ruff....I have never seen this number before  from the hide! They were all actively preening and gave the impression of having just arrived. Also present were Knot, ,Dunlin, Ringed and Grey Plover plus 800 Brent Geese. To cap it all a 'cronking' Raven flew over the harbour.
Once back home, from the comfort of my living room a Slavonian Grebe close in shore!
Alas no photography...light poor and miserably cold and generally unpleasant.

Last day of February today ...roll on March.
Posted by Pagham Birder at 1:13 PM No comments: 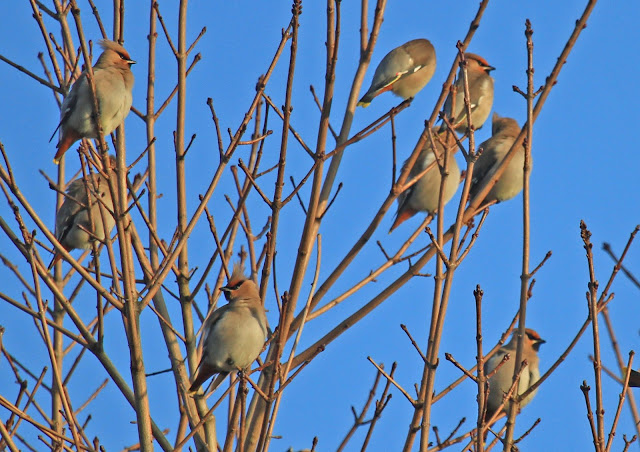 A trip to RSPB Pulborough Brooks is a 'must' for my grand daughter at half term so, on Monday after checking for Waxwings in Durrington it was up to the brooks. 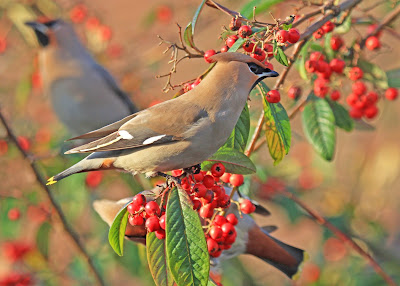 A Song Thrush met us whilst waiting for opening time 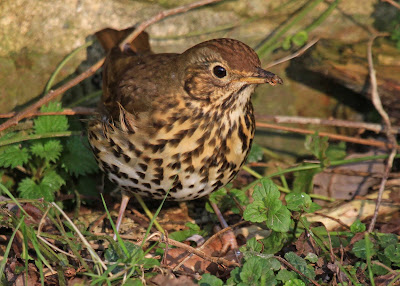 ..and then we visited most of the hides before taking lunch and  then headed off to Waltham Brooks to check on the reported Barn Owl. After a walk and a short wait we spotted it in the far distance and eventually it came towards us and flew low over the reed bed affording a few shots against the light with my 400mm. Not bad as record shots but  'could have done better'! 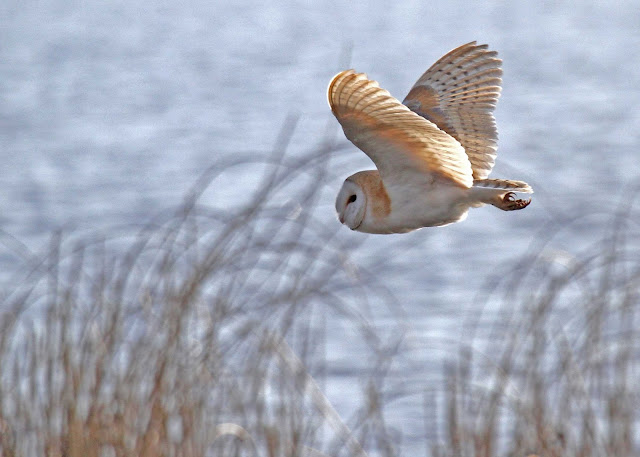 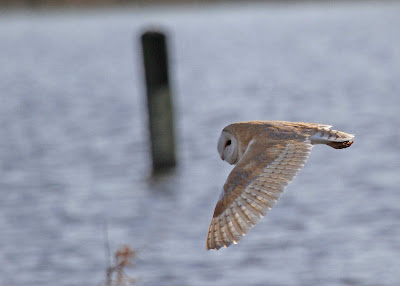 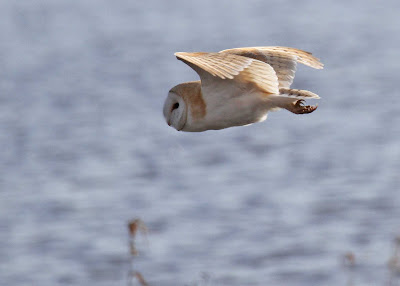 Next day with perfect lighting, it was over to the Long Pool at Sidlesham for the long staying Bearded Tits. Did they show? Not a 'ping'.

..but a passing adult male Marsh Harrier made up for their absence!
(a special thank you to Alan Kitson for 'phoning me to say I had posted this originally as a Buzzard!!...thanks  Alan)

.
...and a female reed Bunting 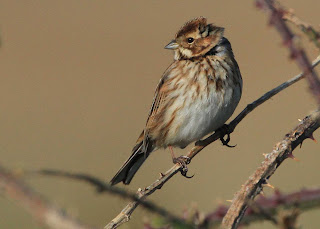 .....and incidentally the beach is vibrating to the sound of diggers and lorries carting tons of shingle from A to B in an effort to prevent some of the bungalows being swallowed up by the ever approaching sea, before something more permanent is put in place by September!
There is a promise of up to 100 visits by barges bringing in huge granite rocks from Norway and creating a
revetment  in front of the most vulnerable properties which will have a life of 50 years. Hey ho!! 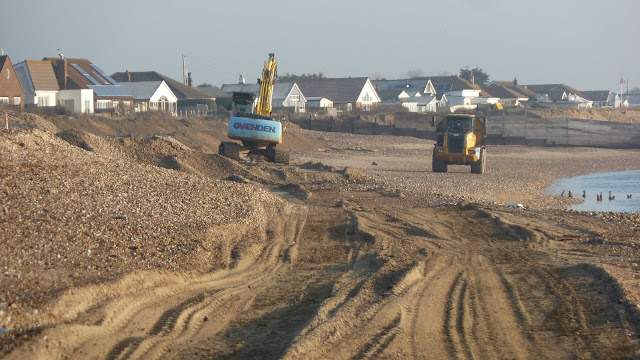 Posted by Pagham Birder at 2:34 PM No comments:

An improvement in the weather!

This week has proved quiet on Pagham Spit but the Lagoon has held Red Breasted Merganser, Goldeneye, Pochard and the usual flock of Tufted Ducks and the resident Mallards. Lapwing numbers are getting less and the Brents give the impression of getting restless and are particularly noisy at night! Greenfinches, Chaffinches, Dunnocks and a Song Thrush have started to sing and this morning a pair of Ringed Plovers were  madly dashing around  in 'display flight' mode....as they do! A Chiffchaff was flitting about in a neighbours garden and there was a feel that Spring may not be far away!

Yesterday I visited the Worthing area and paid a visit to Warnham  with the intention of photographing the Brambling reported there!

First stop and success at Goring by Sea with the Snow Bunting.... 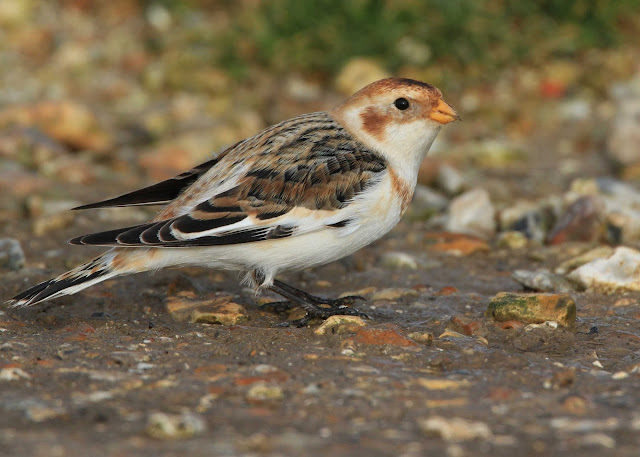 ...and then up to Warnham for the Brambling. It was good to meet up again  with Sandra Palme who had had the good fortune of having a Brambling in her garden recently ! However having waited for an hour for the bird, my Grandson and I decided to have a cafe break and on returning to the Kingfisher hide was told we had missed the Brambling!  Typical!
Nevertheless there was plenty of other birdlife and here's a sample


...time to return to the Worthing area and a chance to check for Waxwings in Durrington...and yes....success! 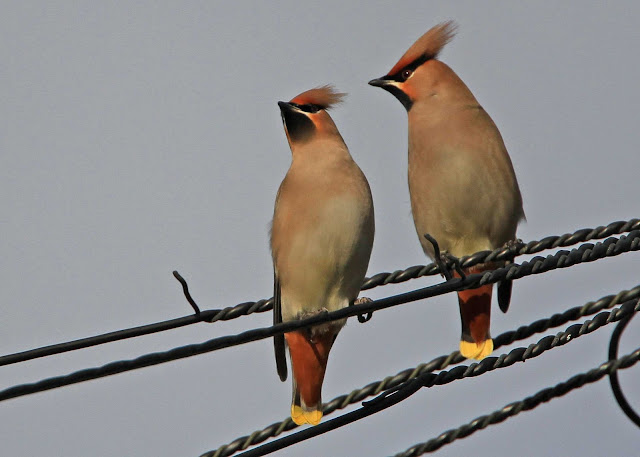 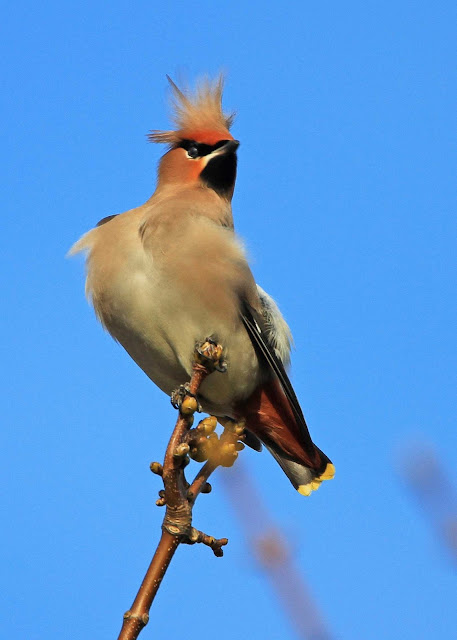 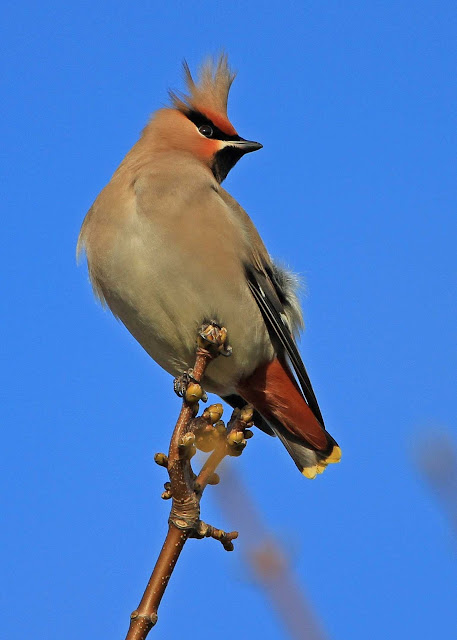