I was greeted this morning by a nice surprise...a Short Eared Owl on top of a small hawthorn behind the Breech Pool along the North wall...........

Unfortunately I had only taken a smaller lens but here are some big crops.. 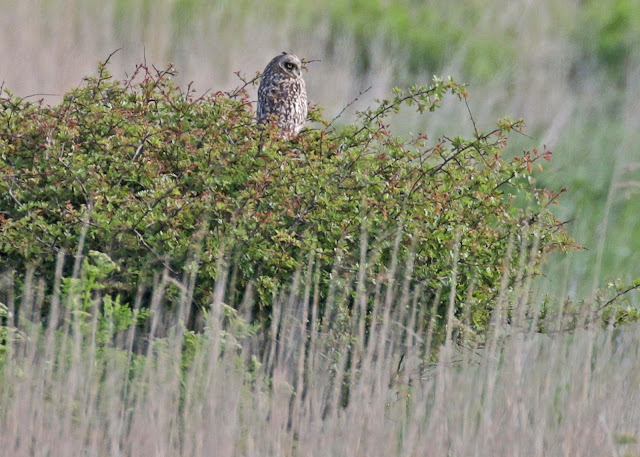 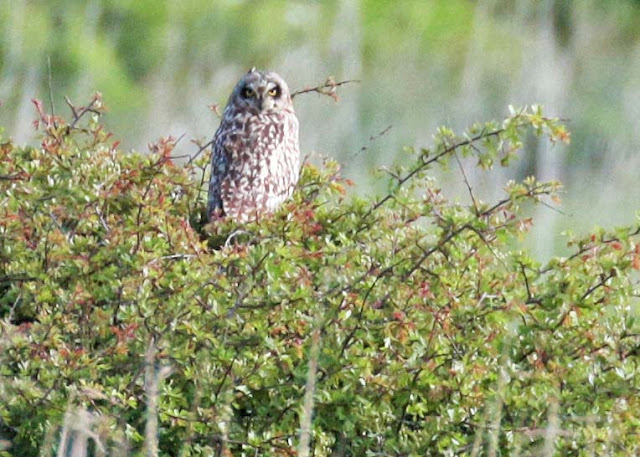 Apart from that, a Pheasant on a fence... 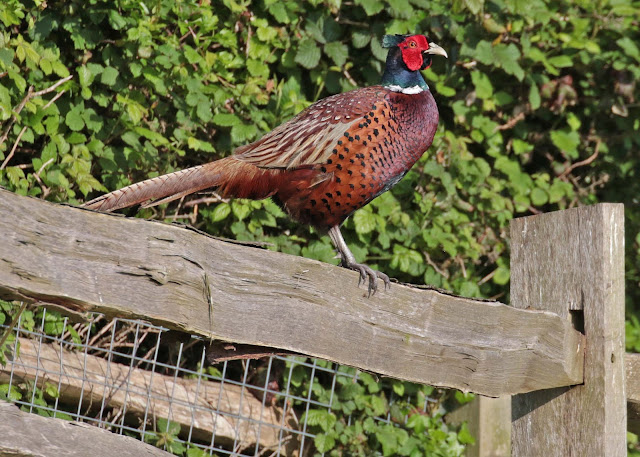 and a Blackbird having a bath. 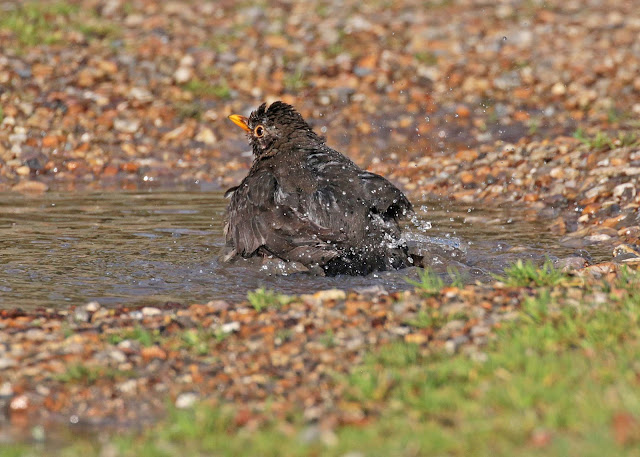 ..and feeling better for it, obviously! 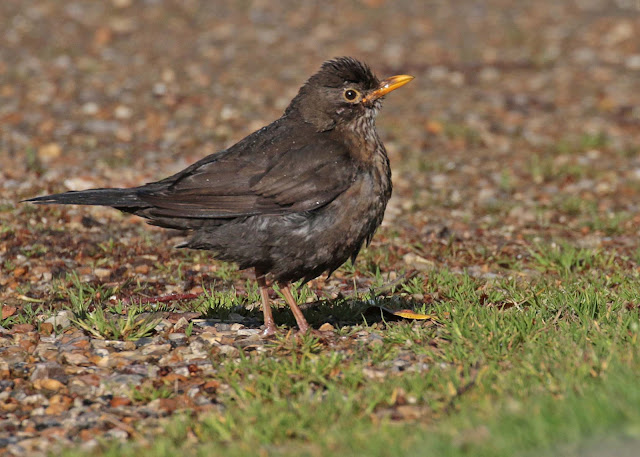 Earlier, on the Spit I checked to see if the Ringed Plover was still sitting on its nest in front of the hide....that was!!
I was relieved to note the plover was still there! 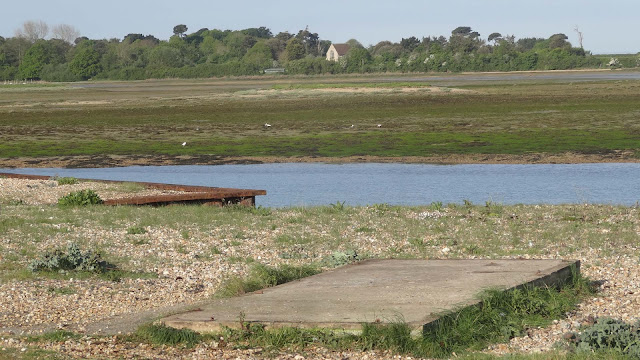 It just doesn't look right as I look over to 'the other side' and the Church Norton chapel....sad!

It will be missed.
Posted by Pagham Birder at 3:21 PM No comments:

Back at Pagham Harbour.

Whilst it is good to get away and find new places and species it is always good to get back on the home patch. During the last few days I have been doing some 'catching up' and adding a few more photos to my growing collection. Here's a sample............ 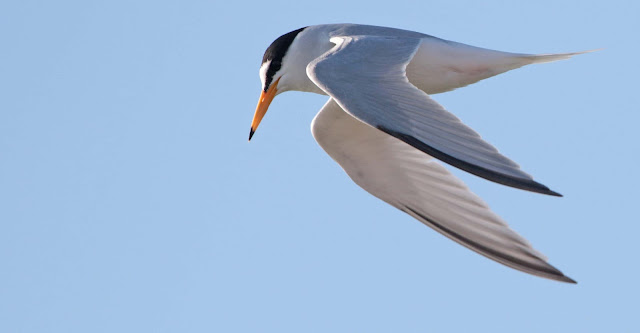 It's good to see the Terns are back, especially the Little Terns although I doubt they will be very successful on the new 'spit island' that has been created dramatically after Storm Katy a few weeks ago. The area has not only become accessible from the beach at low tide but is a veritable magnet to residents and holiday makers. 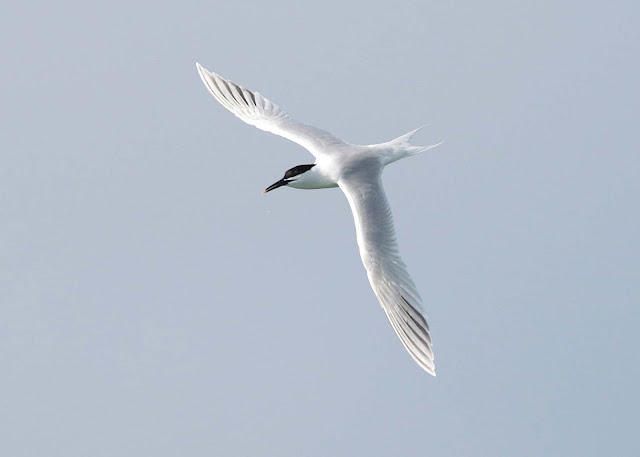 There were sixty Sandwich Terns one morning last week...a fantastic sight as they weaved and dived 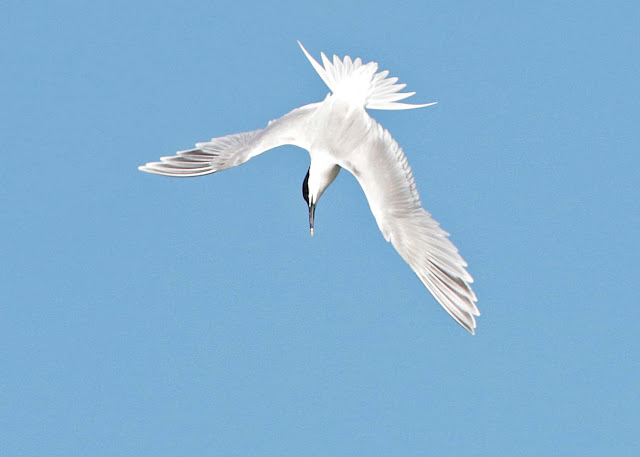 The Heronry along the North Wall is busy with both Grey Herons and Little Egrets are very active in the hawthorns. 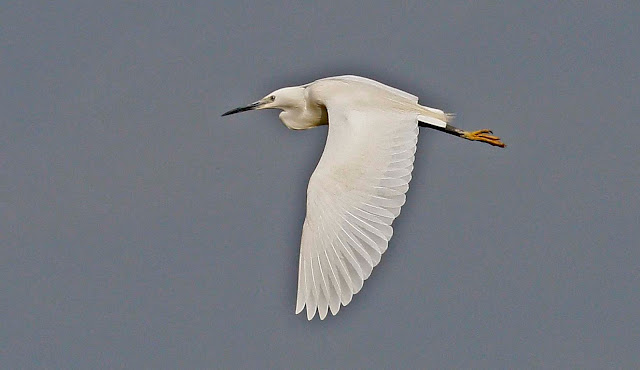 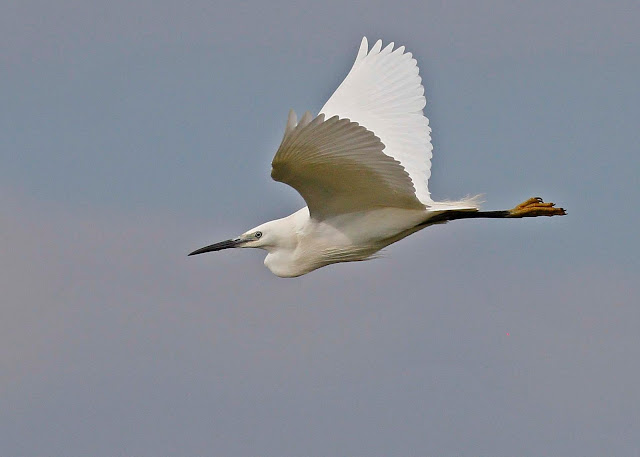 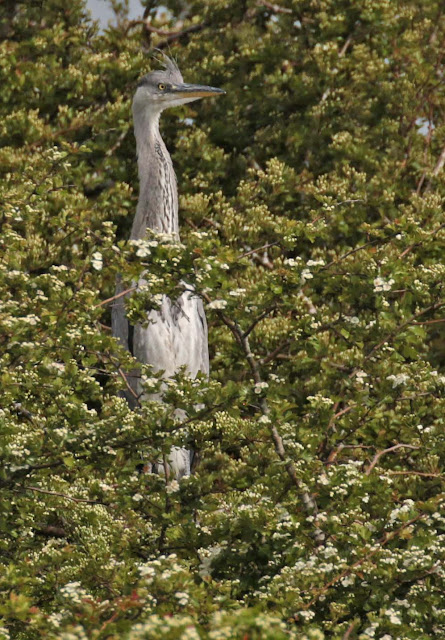 It is good to see and hear the Reed and Sedge Warblers are now established in the reed bed.... 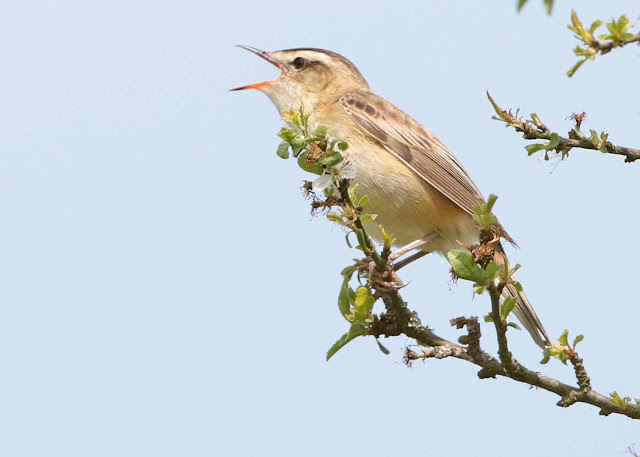 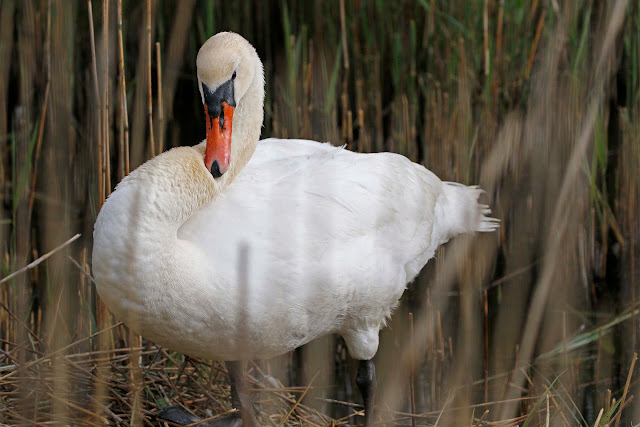 A Mute Swan is defending a nest but with apparently no eggs yet. 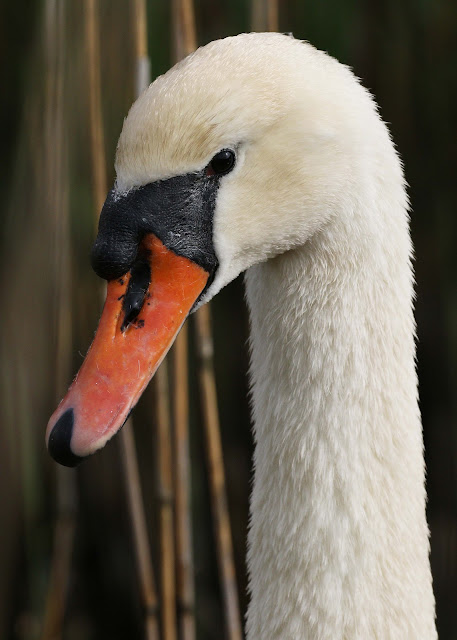 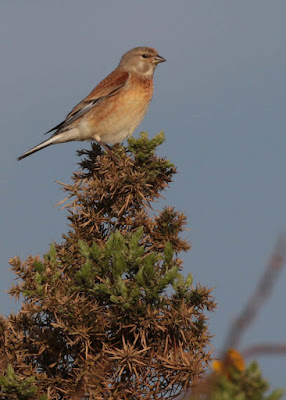 I visited Pulborough Brooks during the past week but the excitement of the newly arrived Nightingales a few weeks back has died down and they seemed less active or at least less apparent! 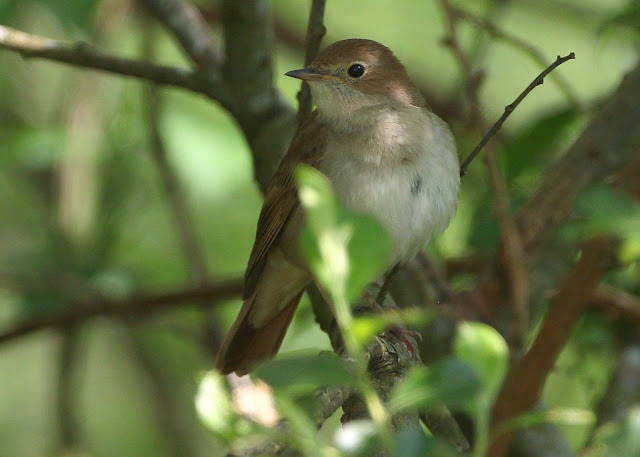 Well that's an update and by the way a pair of Cuckoos seem to spending a fair bit of their time in the bushes on Pagham Spit where there is a plentiful supply of caterpillars! 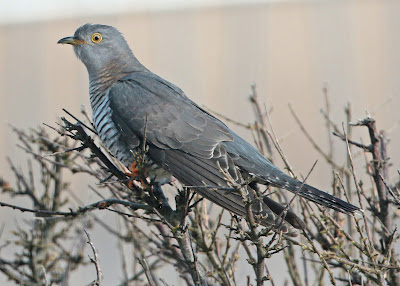 Since writing this blog the Pagham Spit hide has been demolished this afternoon and removed by the RSPB .
Fortunately the Ringed Plover is still present and seems to have survived the disturbance.

Posted by Pagham Birder at 3:30 PM No comments:

Besides the previous sites we made various visits to other areas during our stay. Formentor is a real tourist destination and the very attractive beach is a magnet for sun worshippers. However by getting there at  about 8.00am it is quiet so whilst I left Gill reading a book in the sun I headed for the local sewage treatment works set in the pines only a couple of hundred metres away. It is a small area which has produced interesting species in the past. My target this time were Crossbills...Balearic Crossbills! Crossbills tend to be attracted by water as they drink a lot due to their diet of pine seeds. The trees were tall, the sun was bright and very few birds were about, apart from a female Mallard and one youngster. 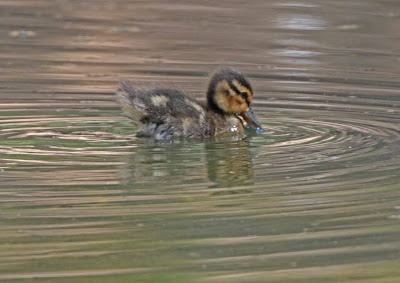 Then, the 'chip chip' calls I was waiting for and a family group appeared but alas they never came down to the water to drink in 40 minutes! They stayed high up in the trees making photography challenging, to say the least. I achieved very little but here are a few shots of the younsters being fed....in silhouette!


Further along the steep, winding road from Formentor is a well known migration hot spot...Casa Velles. However, changes had been made since our previous visits and all the fig and olive trees had been replaced by vines. The only birds we saw were Red Legged Partidges...

One day we drove South to Porto Colum looking for Balearic Warblers, Pallid Swifts and Thekla Larks. It is a splendid area of garrigue but after a search we only ended up with Thekla Larks which were an easy target in the car parking area! 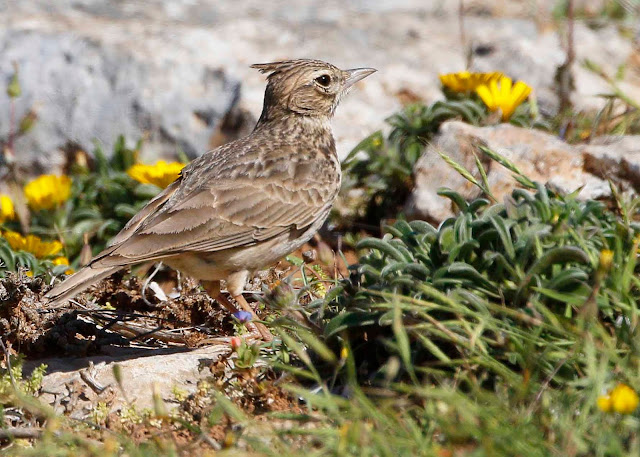 On a trip up the Tramuntana mountain range to Lluc we found more Flycatchers, Warblers and Tits...nothing unusual but a very pleasant spot in the moutains. 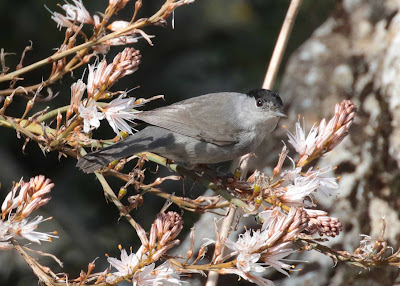 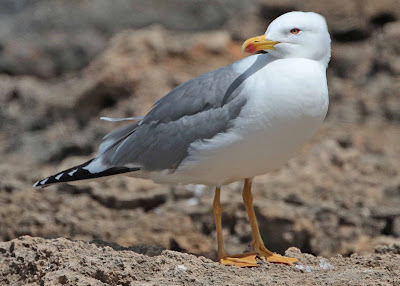 but Audouins Gulls were most often seen on the beach at Puerto Pollensa... 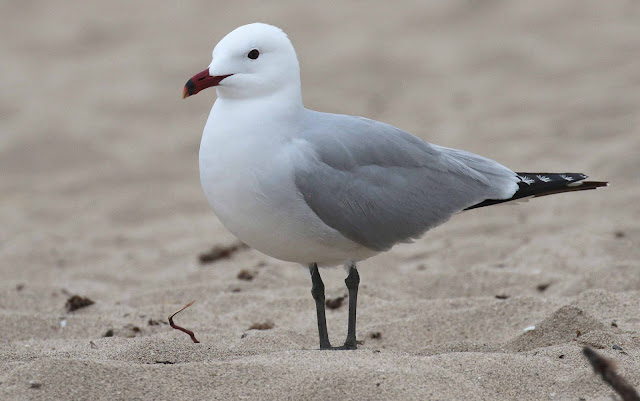 Difficult to appreciate these are still one of the rarest gulls in the world...but now increasing in the Med.

Well, that's it for another year...all we have now are memories and a few photos as reminders...

....the 'hoop hoop hoop' calls of the Hoopoes 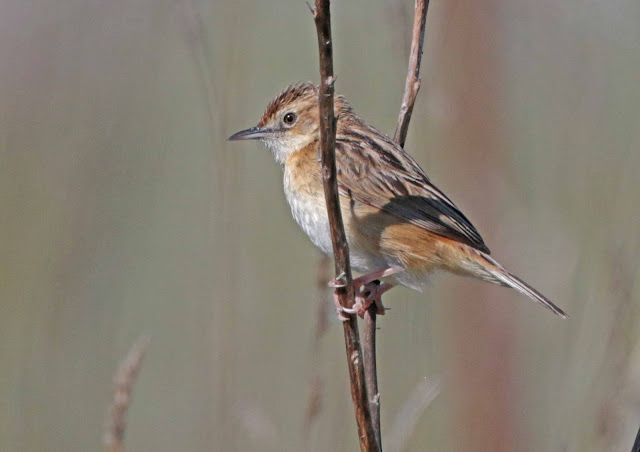 ..but the one bird that will always remain in my holiday memory bank...the vivid BEE-EATER...what a bird!! 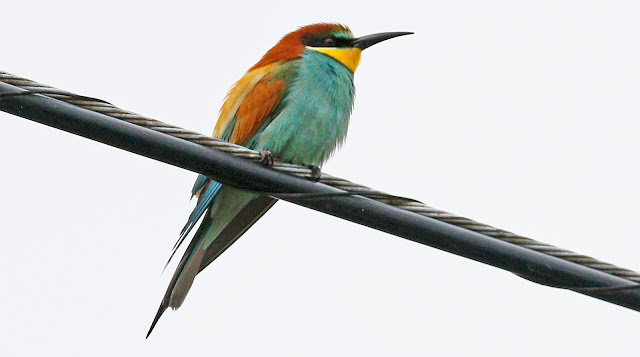