Posted by Pagham Birder at 4:12 PM No comments:

A few more shots whilst here in Suffolk but results have been disappointing resulting from difficult lighting conditions (that's my excuse! )


It is still unpleasantly cold which doesn't make photography any easier!
Posted by Pagham Birder at 6:00 PM No comments:

Despite the unseasonally cold weather and biting easterly wind, a trip to Minsmere was undertaken today resulting in a few images of some of the typical species encountered. All pictures taken from Bittern Hide.

For most of the time the Whoopers were sleeping with heads tucked well under...sensibly. in view of the temperature!
Posted by Pagham Birder at 8:11 PM No comments:

A honking  Raven greeted me this morning as I did my daily 'spit' round. Still have not seen a Wheatear here!

On the home front, during the past few days we have been watching a blue tit build a nest in a nest box in our only tree. Because of our beach location this is the first time in 28 years we have ever had a  Blue Tit nesting! Yesterday however a House Sparrow  decided to evict  the tit and it was painful to watch as the pair of Blue Tits were overpowered by the Sparrow time and time again . Some terrible fights took place and at times the birds were rolling about on the ground desperately trying to ward off the intruders. This morning there is no sign of the Blue Tits and a pair of House Sparrows are sitting smugly just outside the entrance hole of the tits home. I've nothing against House Sparrows and went out yesterday and bought a 3-bedroomed terrace in the hope of enticing the Sparrows elsewhere! So far,they have not given it a viewing!

A visit to Southsea this morning and a stop off at the Castle to check for Purple Sandpipers. Access was somewhat difficult as the tide was out and they were therefore quite distant....nevertheless a few record shots. 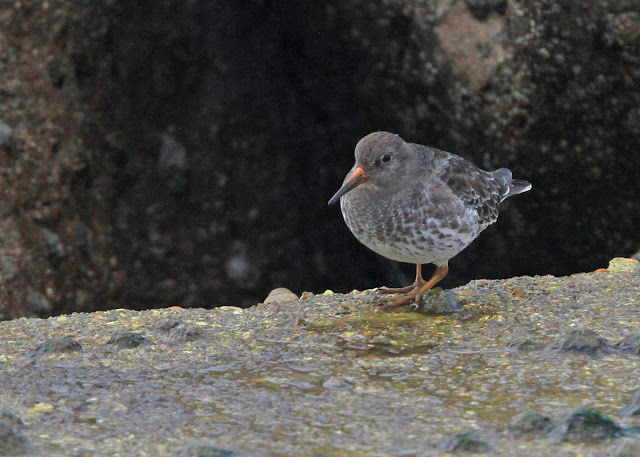 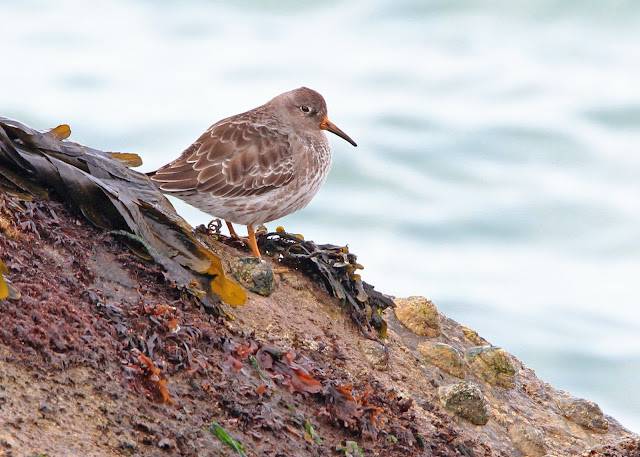 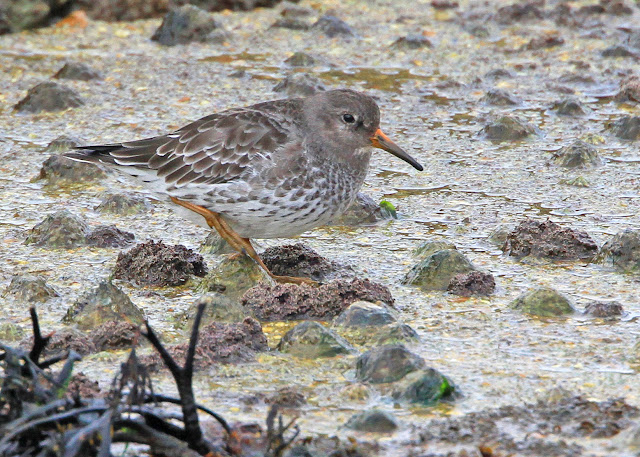 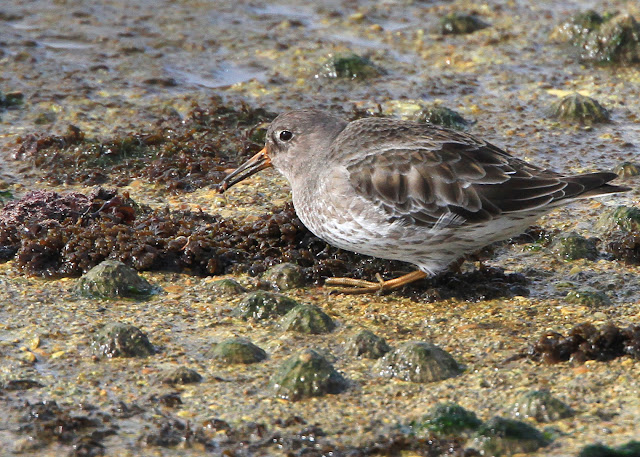 On the way back stopped off at Baffins Pond and found not one, but three Water Rails, but was faced with a  different probem, photographcally. They were too close and they would constantly remain in long weeds and grass and move very  quickly! 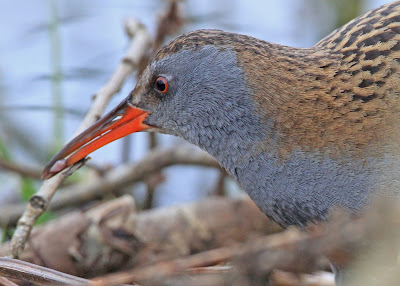 ....and there was a resplendent drake Shoveler on the pond... 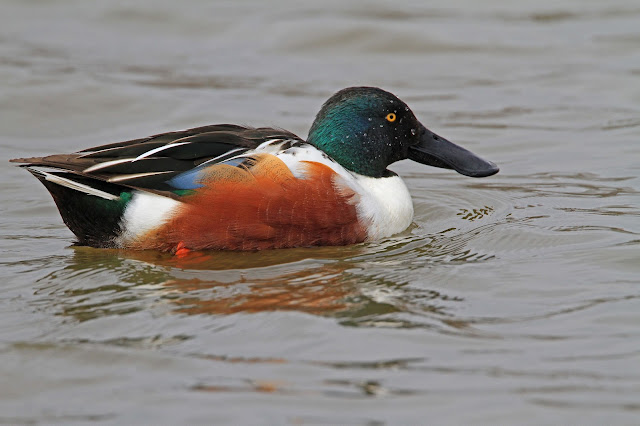 Posted by Pagham Birder at 3:39 PM No comments:

...still plenty of Brents in the harbour

....and I was hoping for a good morning as I walked to the North Wall.... but alas! a bait digger was digging in Whites Creek at 7.45am...little wonder the place was deserted! 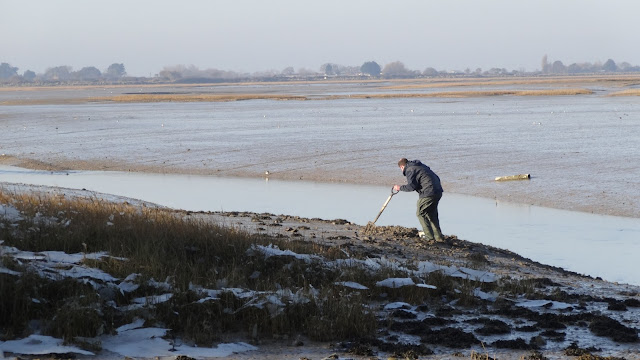 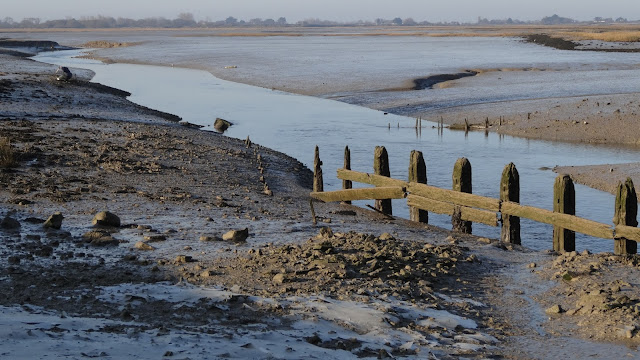 Few birds but a really superb morning to enjoy the frost and ice especially where the tide had receded, leaving some fascinating patterns. 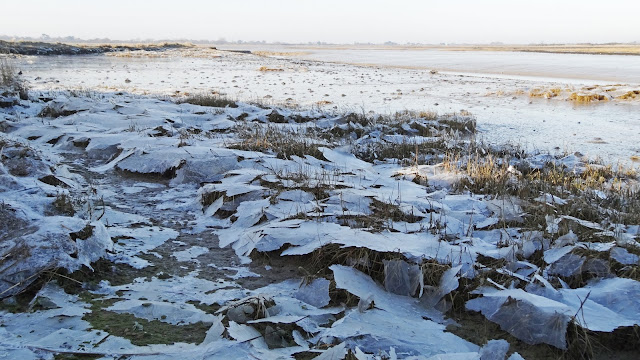 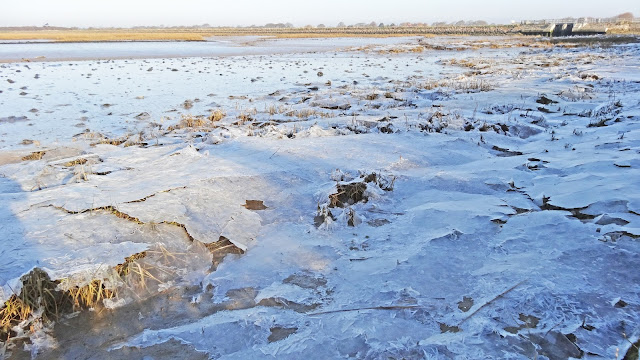 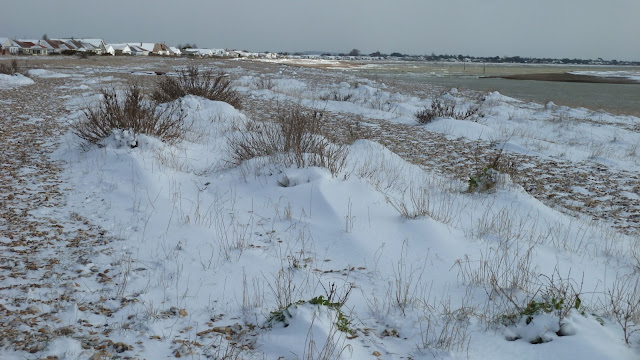 Hopefully Spring is now 'on the way'!
Posted by Pagham Birder at 7:03 PM No comments:

The sun shone today  and I was determined to try again for the Brambling at Warnham as two previous visits had  proved unsuccessful.  Having got installed in the hide at 10.0'clock prompt I was joined by a local birder who told me they made an appearance at 11 o'clock yesterday! At five minutes to the hour it (not they!) showed up! 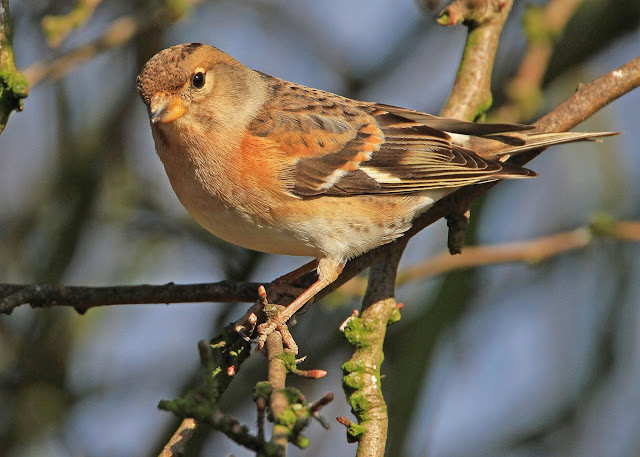 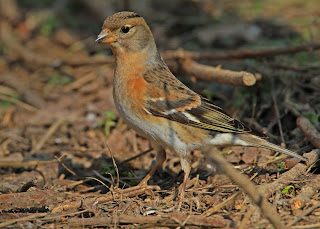 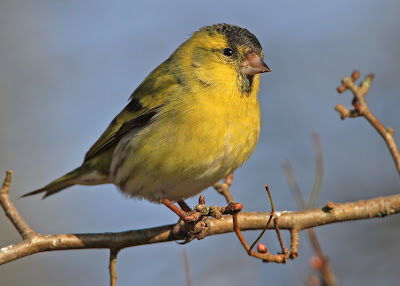 Posted by Pagham Birder at 8:40 PM No comments: