A superb morning enticed me out with the camera but there was little bird life to photograph. The Little Terns were feeding their youngsters and an Oystercatcher with 2 hungry offspring were just visible on the shingle spit.
The Little Lagoon was quiet with the exception of a Little Egret that was constantly on the move! 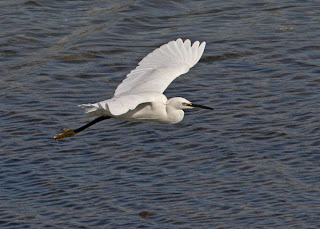 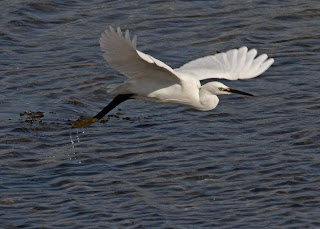 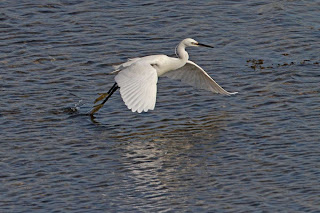 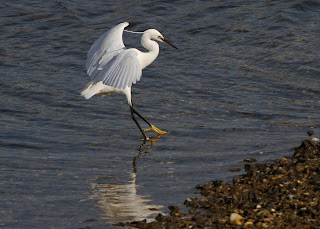 After a very brief mid afternoon shower the evening was one of those rare, quiet, warm summer evenings...perfection.

Recently returned from a few (wet) weeks in Scotland and made an inspection of Pagham Spit to see whats been going on! A Ringed Plover is breeding near the harbour entrance and an unseasonal  female Red Breasted Merganser was lurking in the main channel. A family of Greenfinches were being fed by parents and a number of juvenile Linnets were about, indicating a measure of success. A solitary Skylark was singing from a fence post...I have only seen 1's and 2's all the season unlike last year when we had 3 singing males. House Sparrows seem to have had a good year with several family parties about and a pair next door still building!
The highlight this morning were the presence of 26 Little Terns which had unfortunately been disturbed by the presence of a fly fisherman on the new shingle spit. Several Sandwich Terns were heading west with sandeels...I don't know where they are breeding locally.


So its back to reality with the sound of Corncrakes still ringing in my ears...its a very different life in the Western Isles...but its not bad either in sunny Pagham!!............albeit a bit windy at present.


Posted by Pagham Birder at 2:26 PM No comments: