Up early before sunrise to locate the Short Eared Owl that's reportedly been lurking on the Spit for a little while. The only birds of note however, were a pair of  Peregrines that streaked across the harbour from Church Norton, then flew the whole length of the spit trying for a wader before both turning 360 degrees and then gaining height and heading back from whence they had come.
A single Spoonbill was feeding right in the middle of the harbour.

Next port of call....the North wall to find the Kingfisher in an attempt to get a photo of the bird with a fish in its beak which has alluded me to date! No sign of the Kingfisher let alone 'with fish in beak'.
Big flocks of Lapwing and Golden Plover and a calling Spotted Redshank. However a chat with local birders Andy and Peter fuelled my desire to get across to Medmerry to locate the Black Redstarts and Great Norther Diver. The forecast indicated that today was the best day of the week and the light was good so I was off.

The tide was rushing in through the breach and the water was high but although  the Great Northen was present, it was very distant and could only just be made out with binoculars...

The Black Redstarts however were a little more obliging and did enable a few almost acceptable photos.

It was time to be going to Church Norton and on arrival I found the track was impassable due to a high tide. The churchyard held  nothing of special interest  apart from Robins and a Song Thrush.

I decided to make my way back up the road and then cut across the fields to the beach. A couple of Pheasants looked really good in the afternoon sun 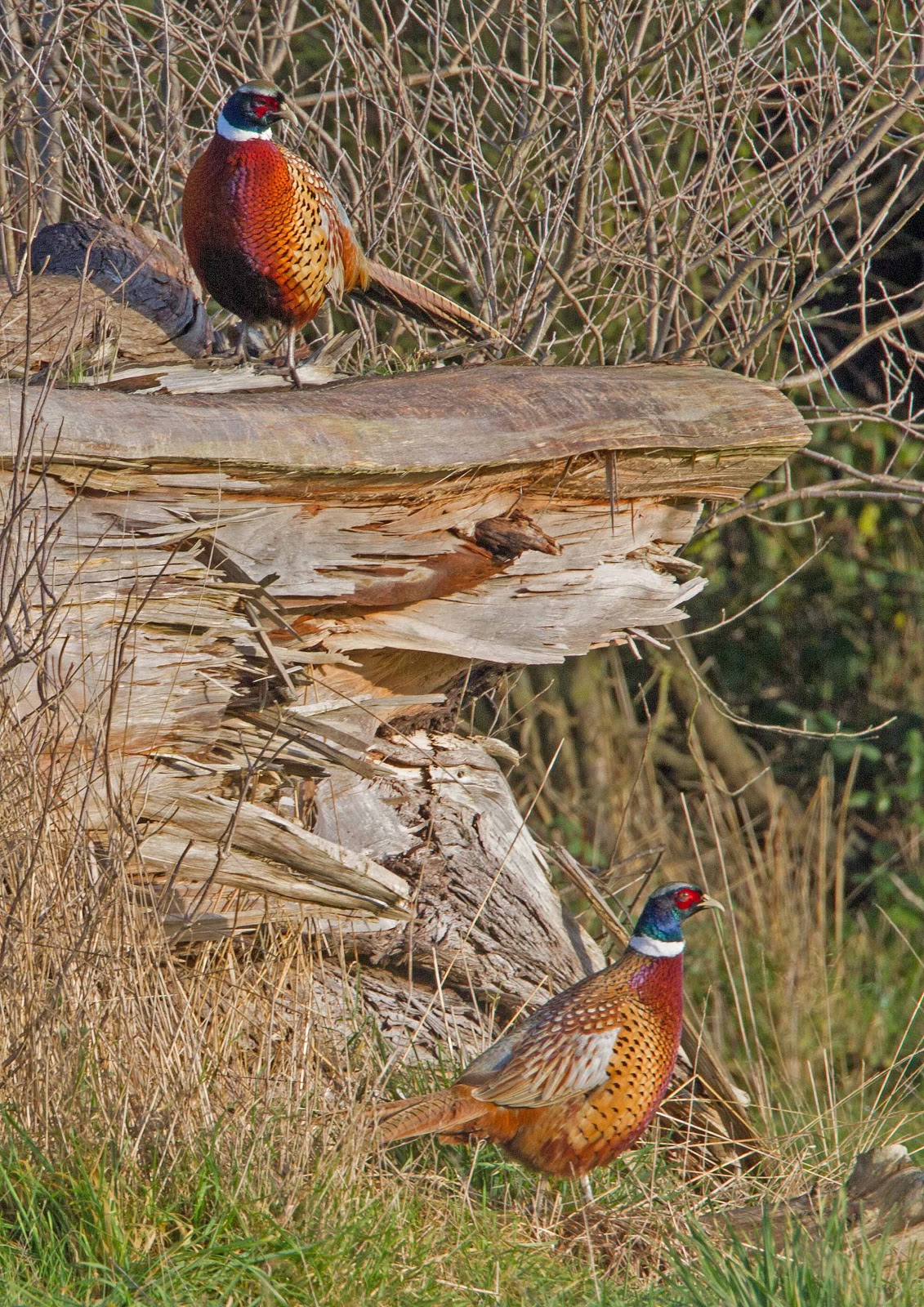 and were soon accompanied by these Roe Deer 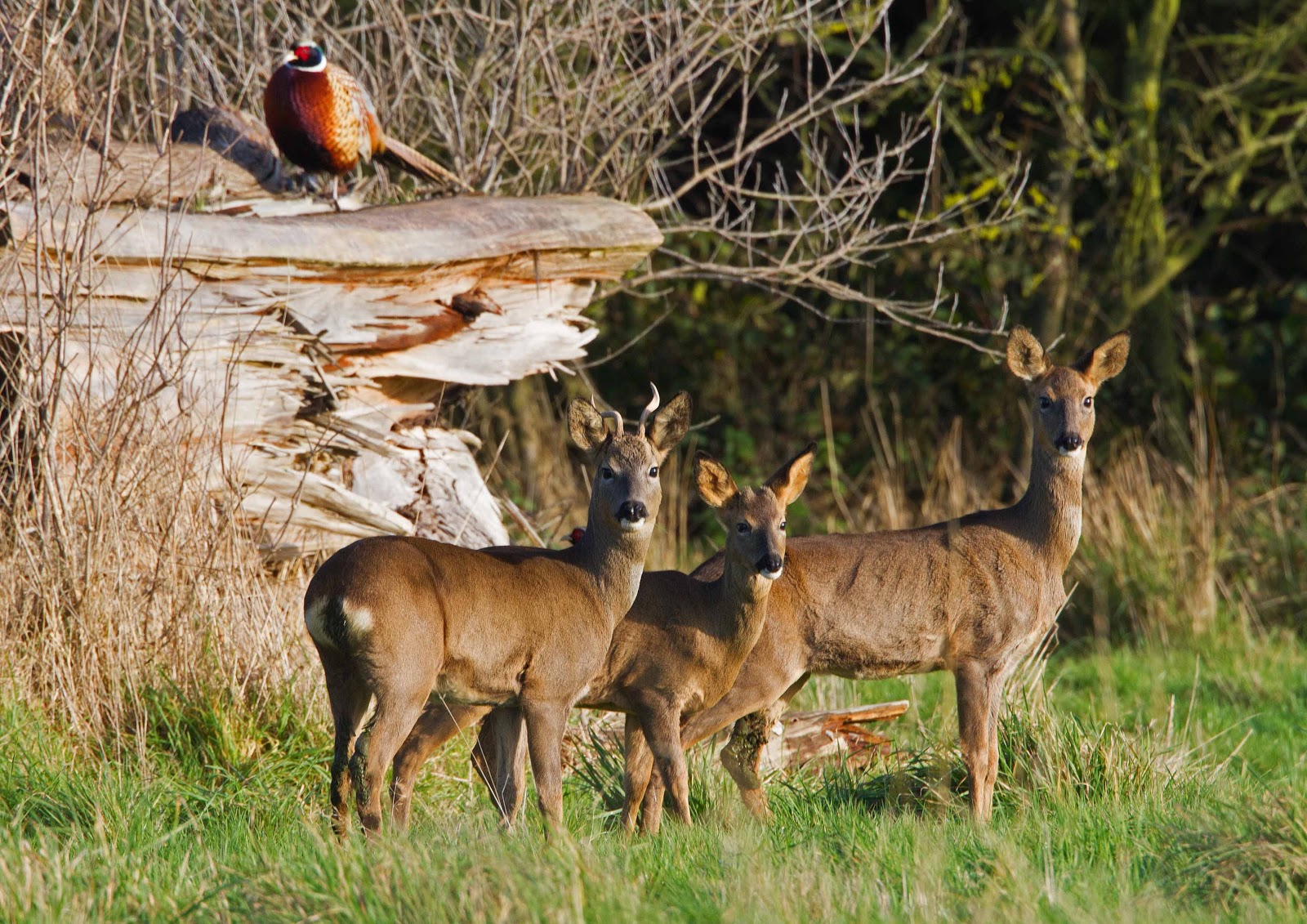 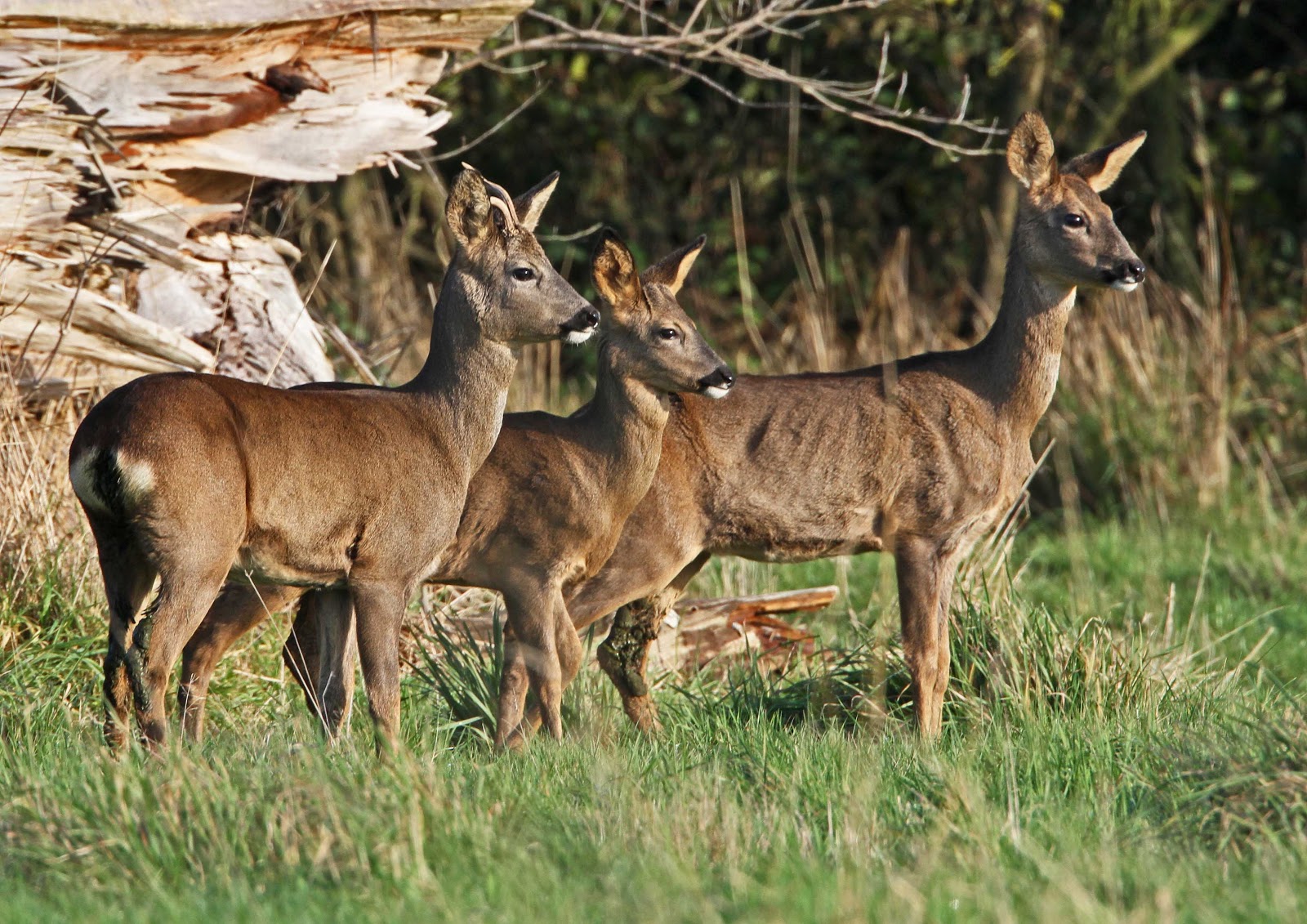 ( I notice on the SOS web a Swallow was seen off Aldwick....probably the same one.)

Ended up overlooking the harbour watching masses of waders  returning to feed as the high tide ebbed.

Posted by Pagham Birder at 8:40 PM No comments:

I am always amused when watching Brent Geese washing...they are very thorough, often turning upside down. 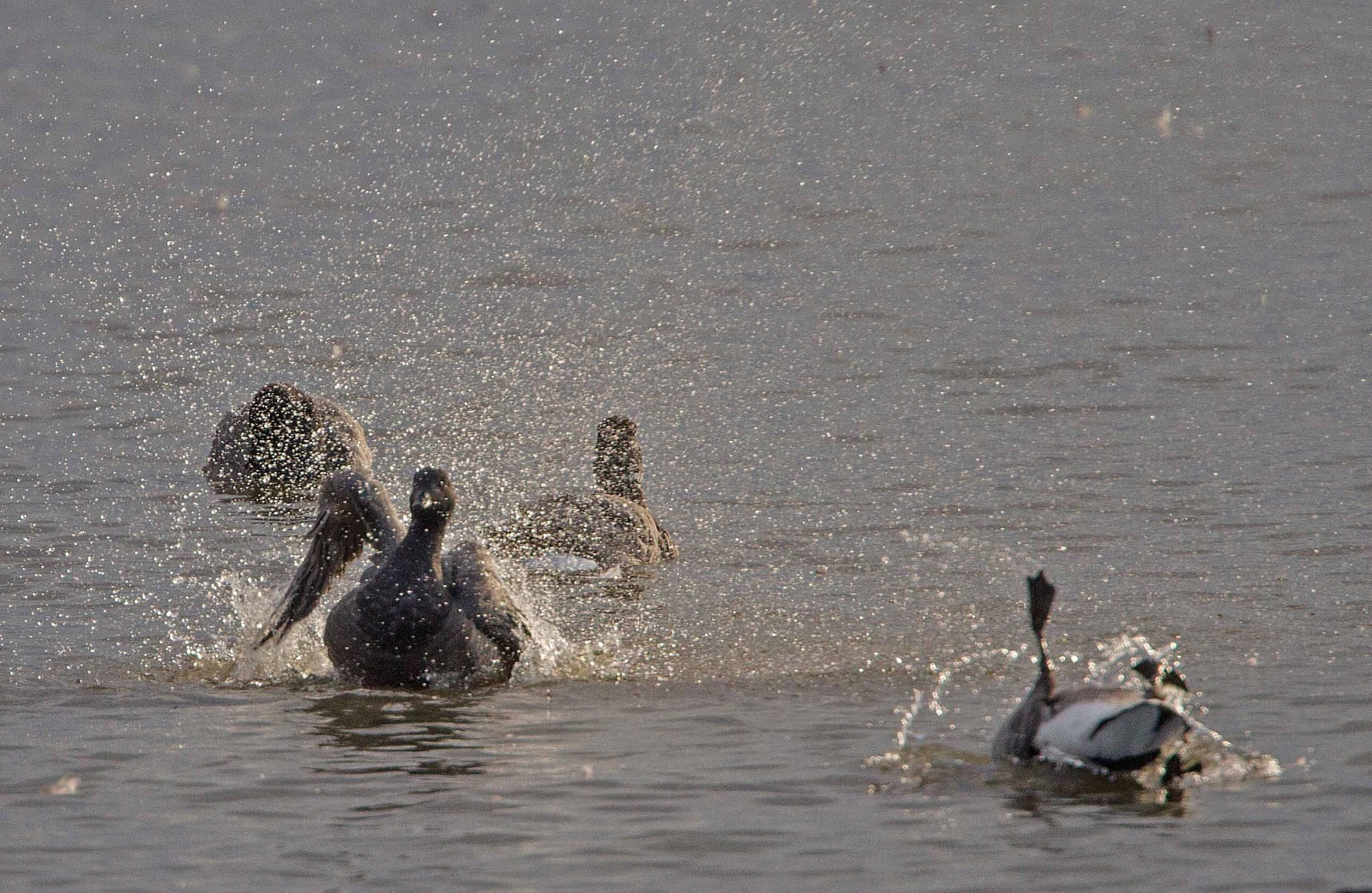 Washing procedures...legs in the air!

A sizeable flock of Golden Plover is now present in the harbour ...

That's it for today.

Posted by Pagham Birder at 4:55 PM No comments:

A visit to the Spit hide with the 'big' lens enabled a few shots of the two Spoonbills out in the middle of the harbour.....they were very active and after preening were displaying....not sure whether aggressively or otherwise!

They are elegant birds and I couldn't resist taking lots of photos .Just a pity they weren't a lot closer to get some good quality pictures.Photographers are never satisfied.

Posted by Pagham Birder at 3:35 PM No comments:

At last, the rain and wind has relented.... 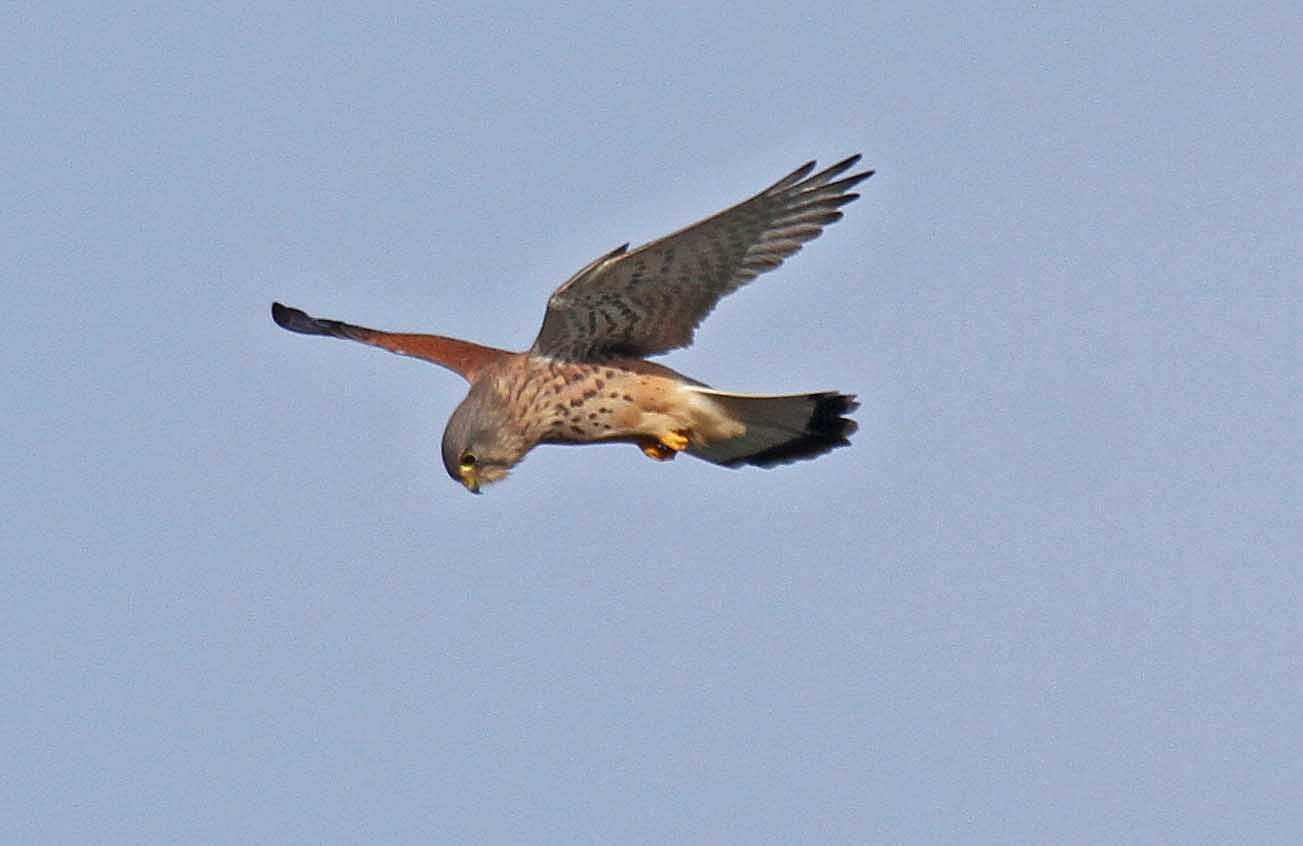 There was little of real excitement to get the adrenolin racing but Kestrels are always good to photograph! 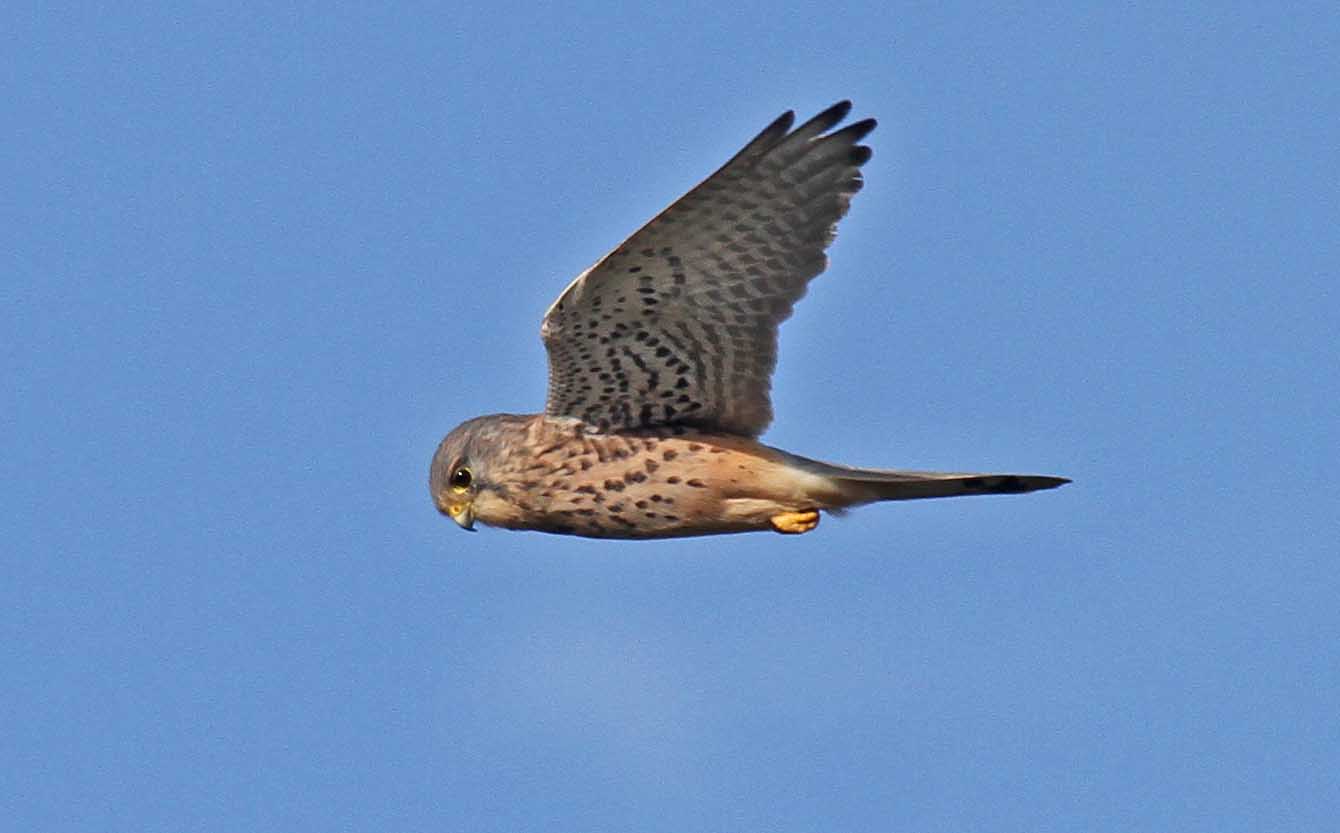 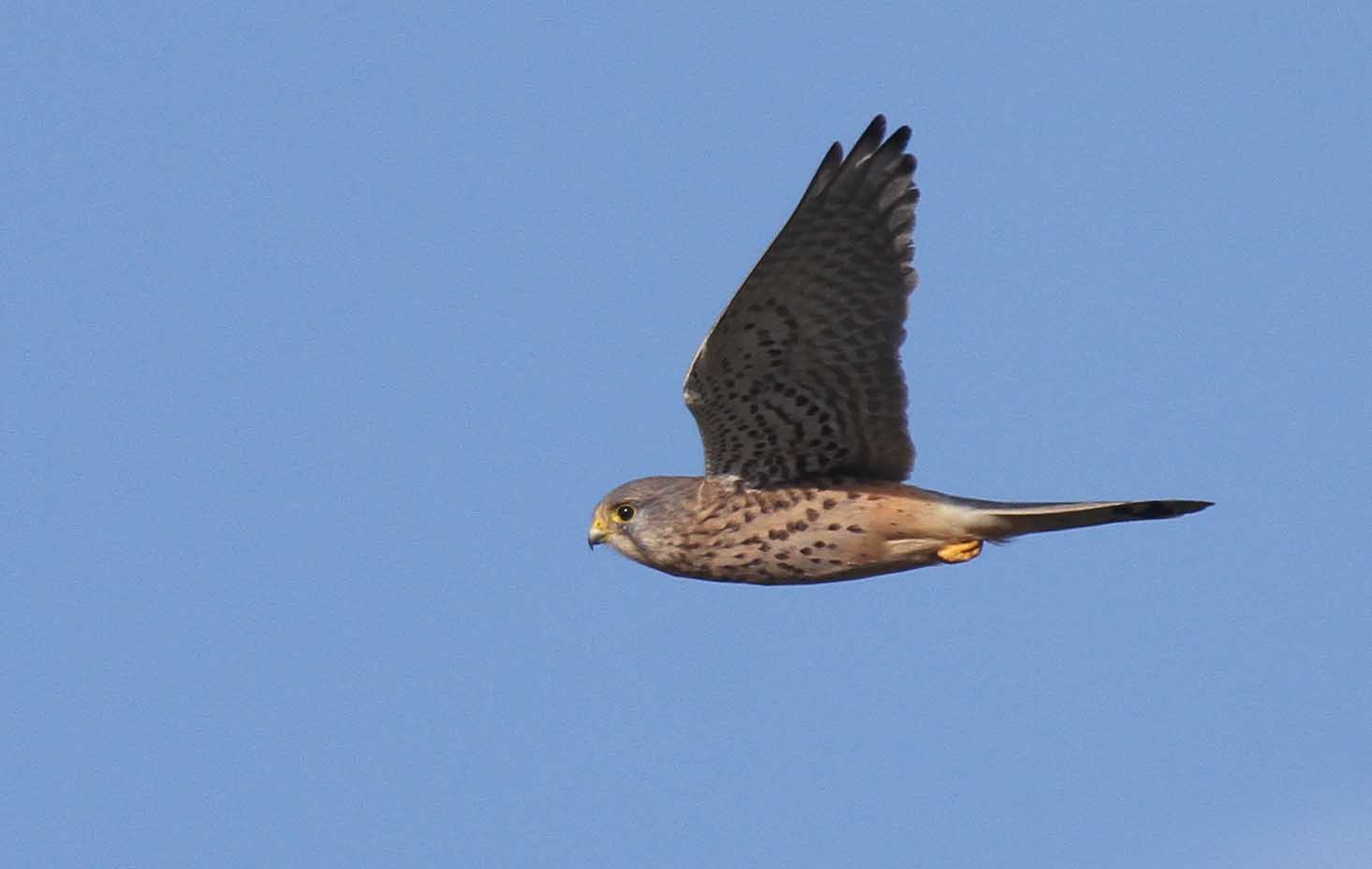 As I wandered down the east side of the harbour along the shoreline my attention was caught by the distinctive flight of a pair of Ruddy Shelducks... 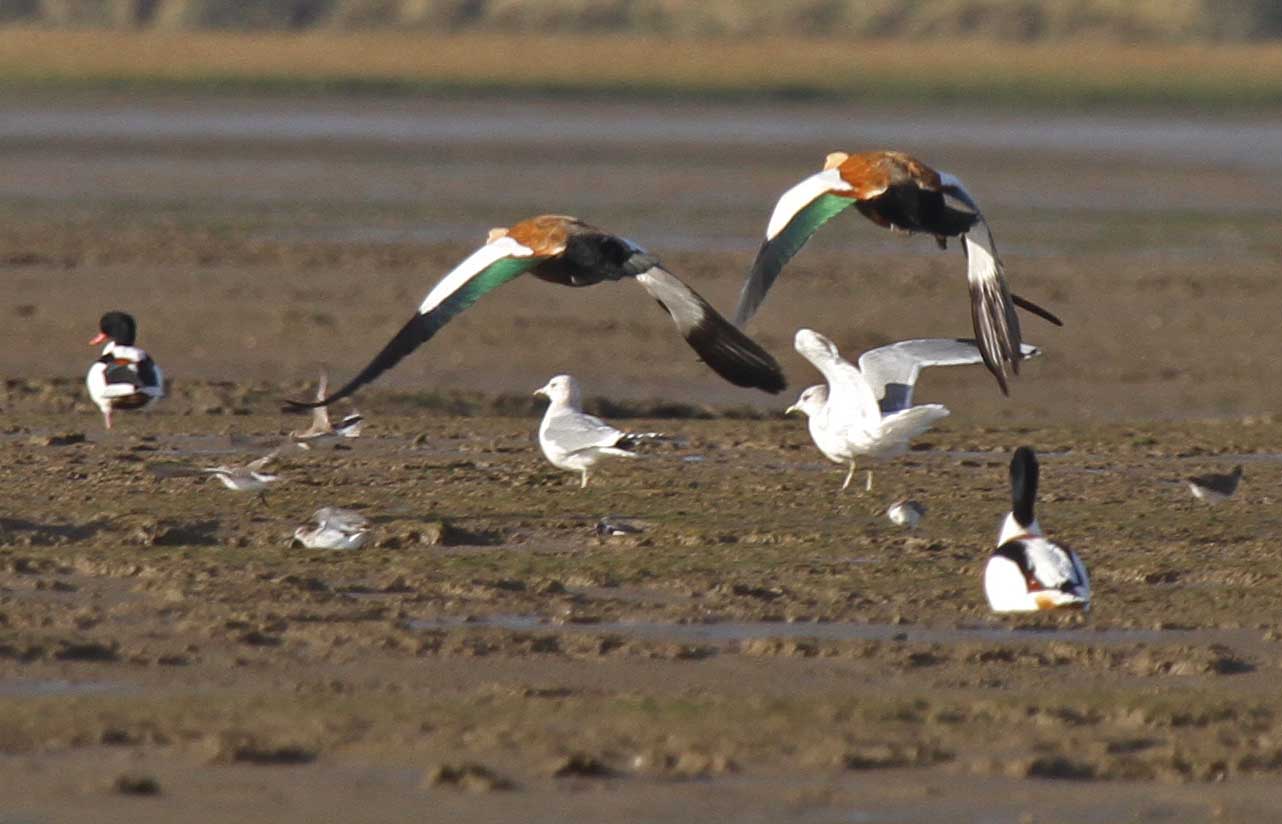 Little else of note but a flock of Lapwing was joined by 30-40 Grey Plover over the harbour.

On my final walk of the day  around the spit, in the late afternoon, a pair of Stonechats were fly catching from a bush...light too poor to capture.
Posted by Pagham Birder at 4:46 PM No comments:

The first frost of winter...at least on the car but not on the grass.

As I looked out at just before sunrise at 7.00am a Kingfisher flew along the channel and alighted on the revetment rocks.

Very soon the sun was up and I was out....cold but clear.

...and then surprisingly a lone House Martin flew west at quite a height...a very late departure...I hope he makes it to Africa.

From the Spit hide I could make out a group of gulls way out in the middle of the harbour and one bird looked suspiciously like a Spoonbill...I couldn't be sure as I didn't have a 'scope but on returning home checked my very long distance photo on the p.c.....yep a Spoonbill. Hence a very poor record shot, heavily cropped....nevertheless identifiable. 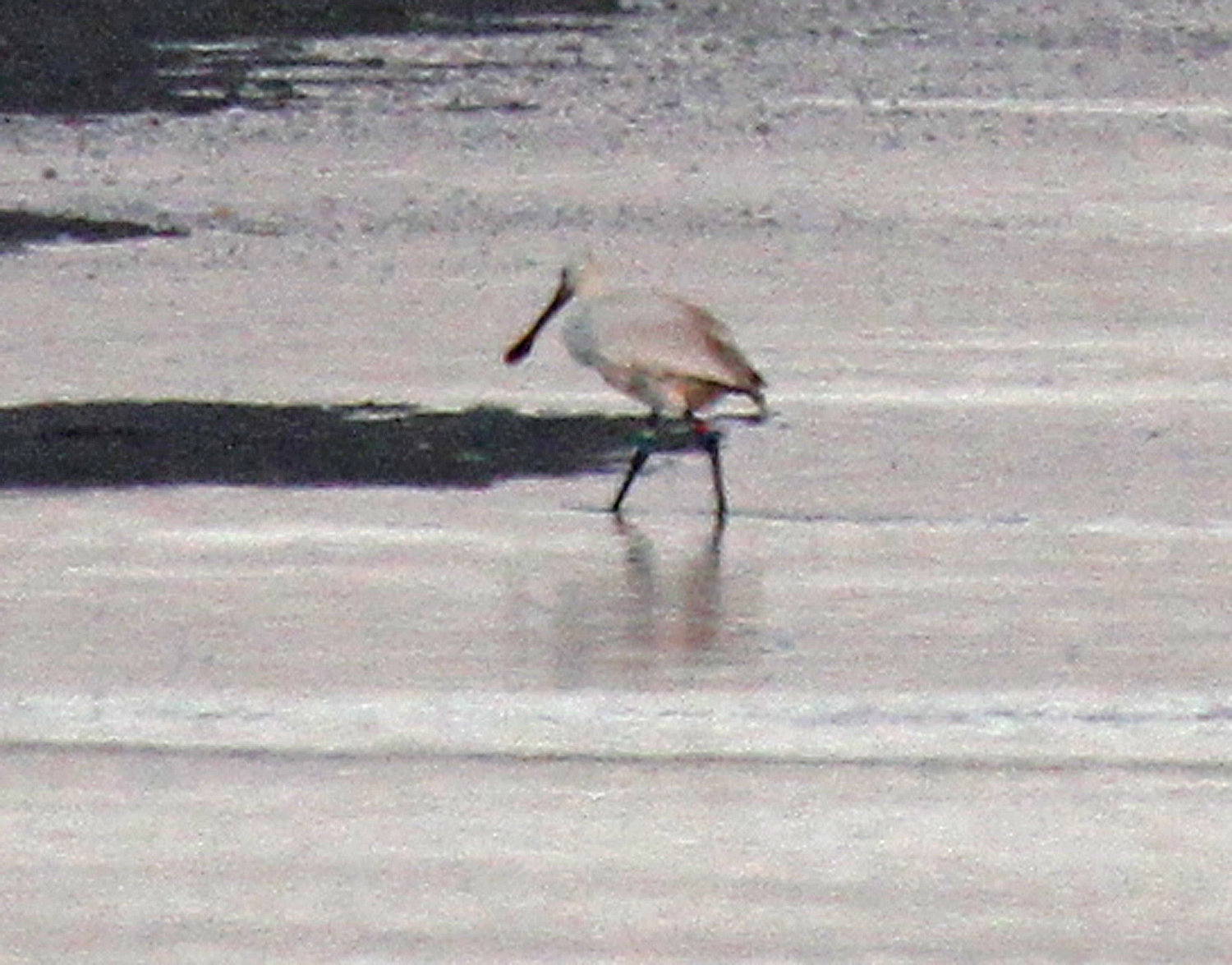 After a bright morning the weather deteriorated,clouded over but warmed up slightly.
Posted by Pagham Birder at 2:11 PM No comments:

A Magical Morning....along the North Wall

A real autmn morning.....cold and misty. 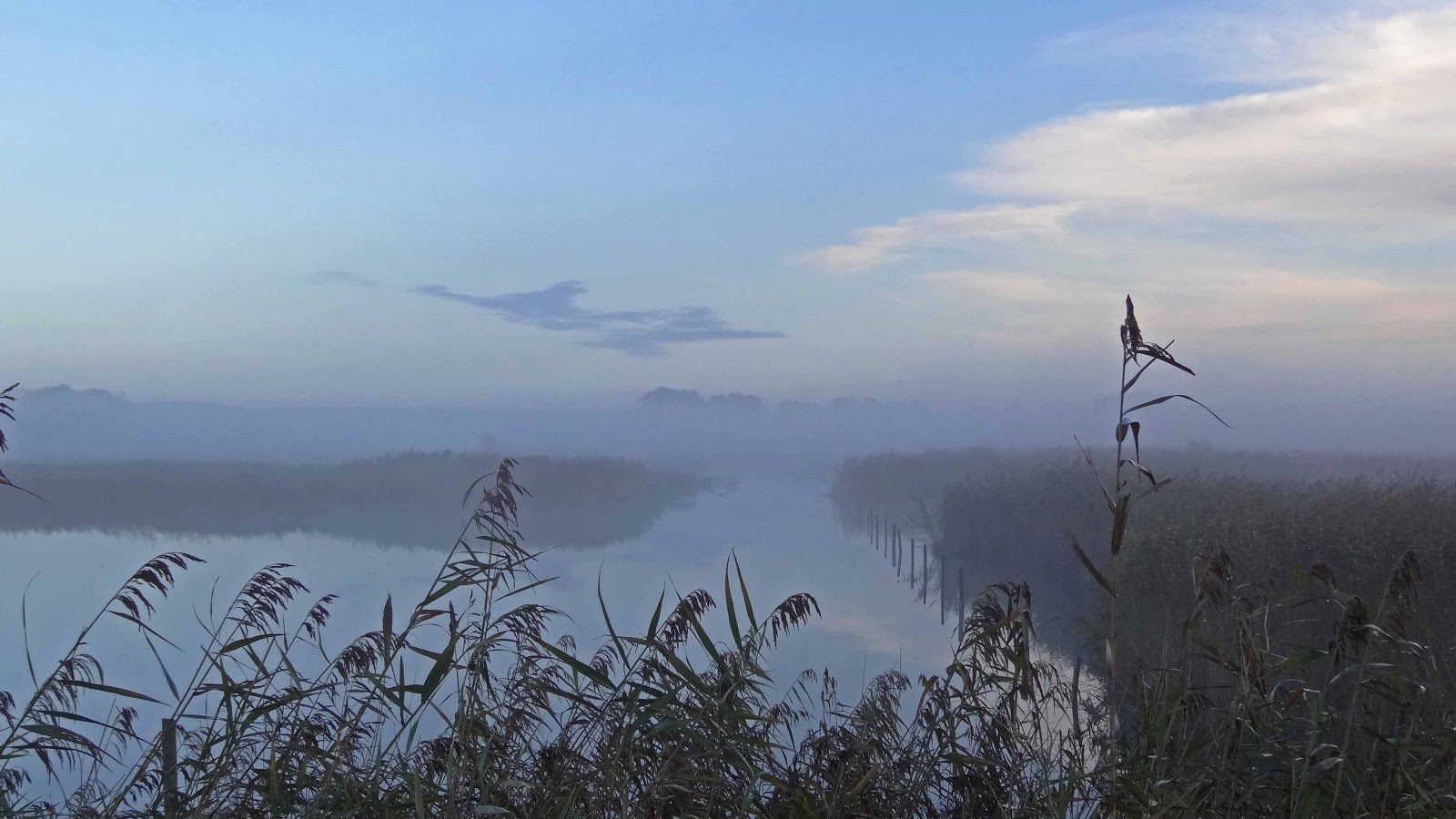 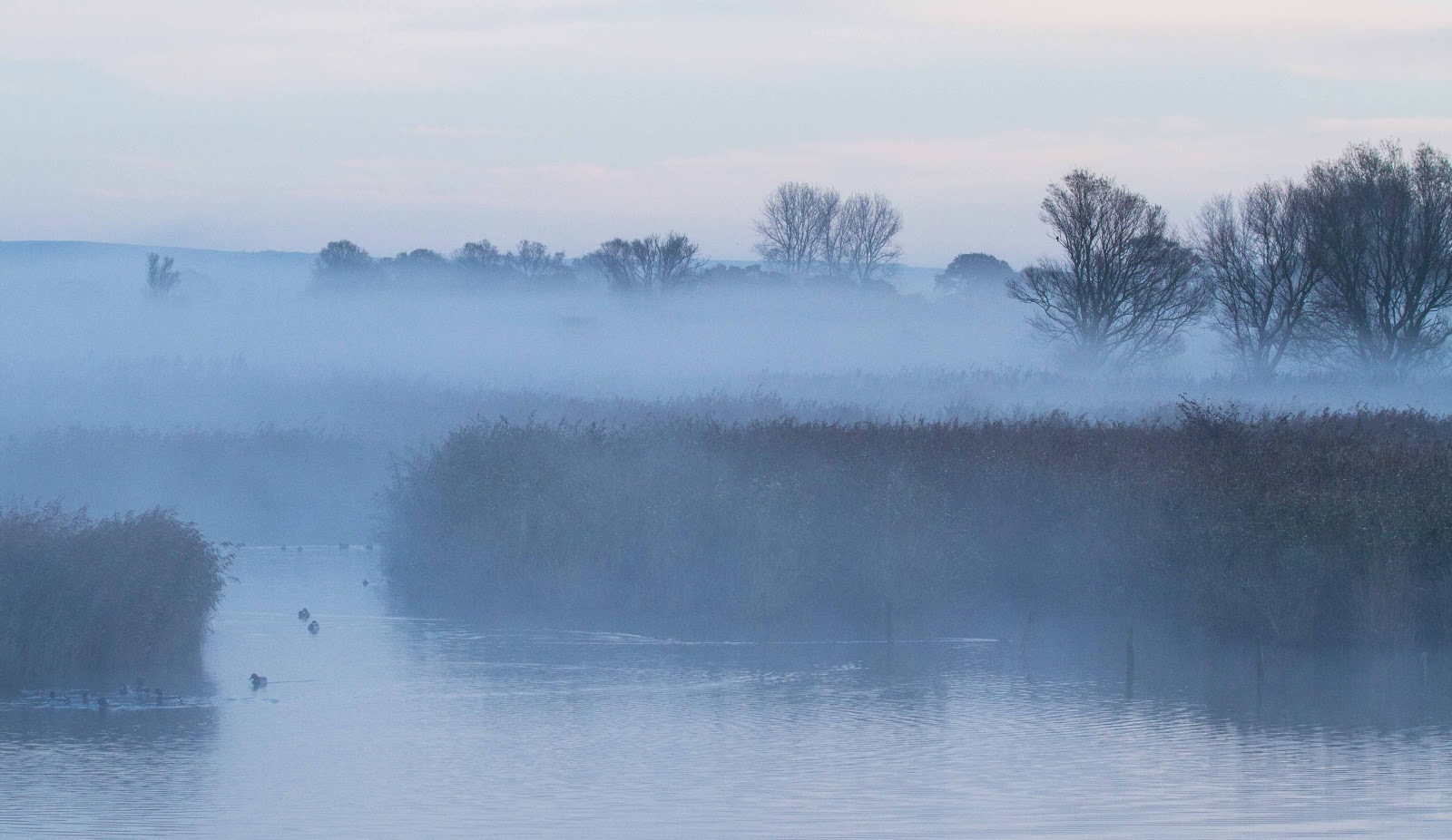 A few Greenshanks calling, Snipe flying over and the Brents 'talking' to each other as they fly to their feeding grounds....wonderful sights and sounds.
Back along the spit a little later and  the sun had broken through the mist and the morning was warm and pleasant...


Unfortunately the weather changed dramatically in the afternoon and heavy rain moved in.
Posted by Pagham Birder at 7:23 PM No comments:

The early morning sun quickly disappeared behind thick cloud..it only lasted a few minutes. It certainly shone a spotlight on the old 'local nature reserve' sign. The RSPB  are a little slow in replacing this one... I don't believe the Spit is a high priority! 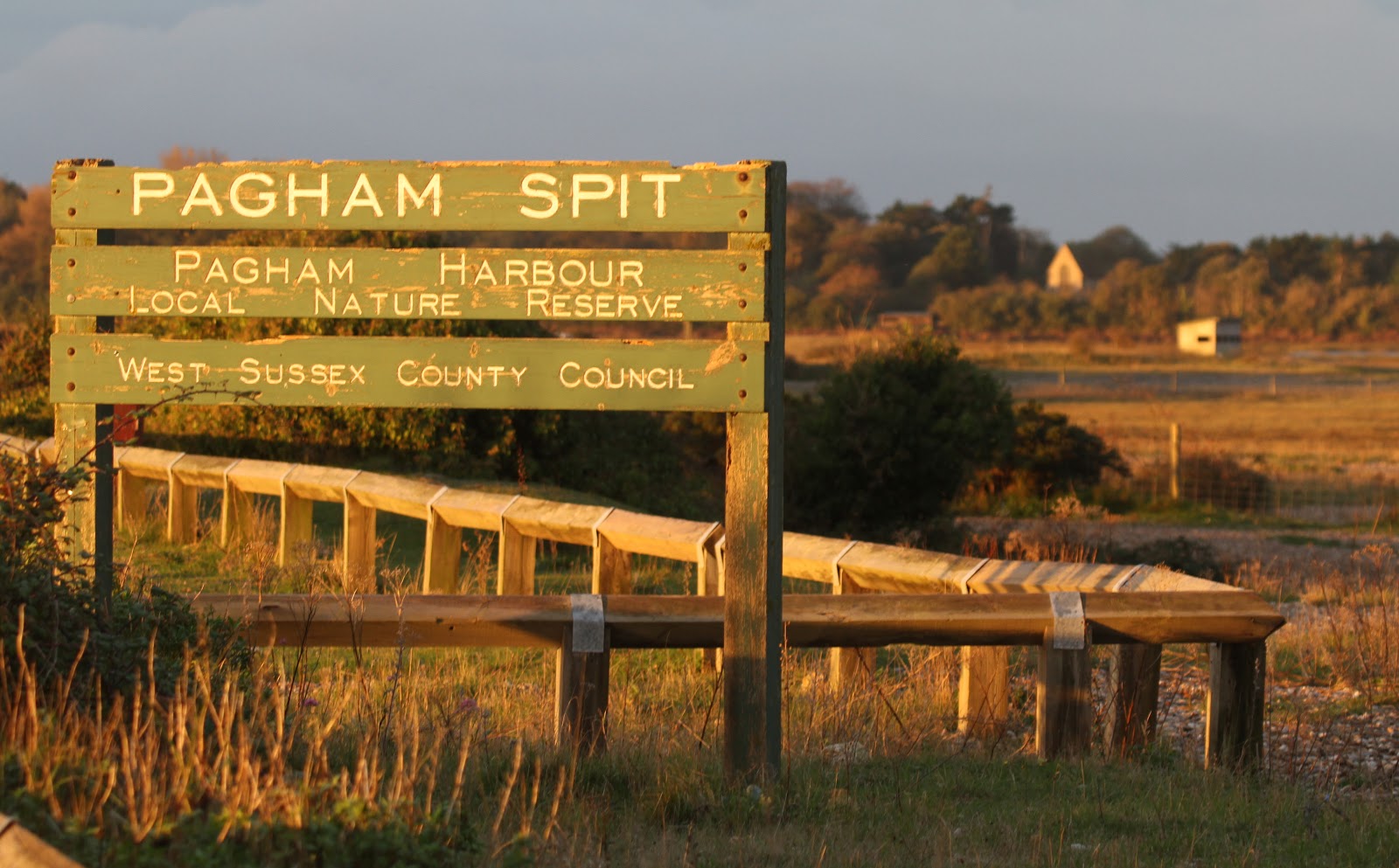 On my way to try and locate the reported Snow Bunting I noted this Cormorant fishing close to the bank on the Lagoon. 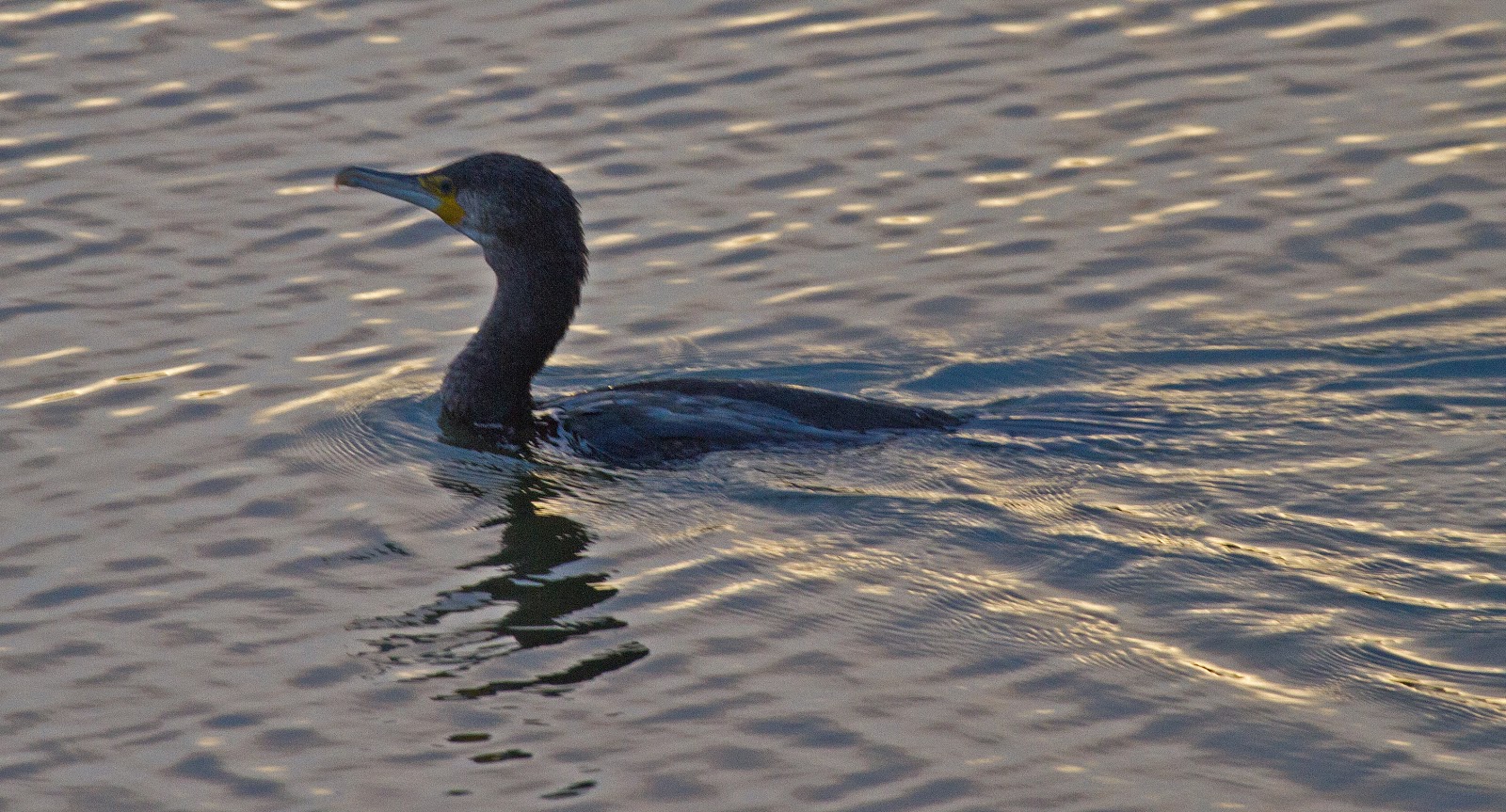 Later in the day the sun reappeared and I tried yet again to locate the Snow Bunting...again unsuccessfully. However as I made my way to the North Wall I did spot a distant Ruddy Shelduck.
As I made my way along Whites creek I tried to get a few shots of the 'usuals' .....


Another look for the Snow Bunting later in the day but still 'no joy'.
Tomrrow is another day....perhaps a Snow Bunting Day!
Posted by Pagham Birder at 5:19 PM No comments: