Never have I seen so many Swifts over Pagham Beach and the Lagoon as there were this morning. For at least an hour and a quarter from 6.15a.m. there were hundred upon hundreds of Swifts feeding and swooping low over the beach and water as they all generally moved  west in a broad front. The sky was full of  them and there were probably a thousand or more of them until 7.30am when they had virtually all disappeared. During the morning there was a trickle of birds going west but nothing on the scale of earlier.... this was exceptional and will remain in my memory bank for a long time!
Who said Swifts were in short supply this year and where had all these bird come from?


....and just for information this notice was put up by the Environment Agency yesterday...

Early morning at the Lagoon

Nothing  special of note but just one of those rare 'perfect' mornings....


Posted by Pagham Birder at 7:47 PM No comments:

Following a report from Andrew House on SOS of a 'surprise' Scaup on the Lagoon I wanted to see this bird myself  as during the past few years there have been reports of a Scaup on the Lagoon at odd times but they have usually turned out to be Tufted/Scaup hybrids or female Tufted with an unusually amount of white around the bill.(not that I was doubting the ID from an expert! ).
This one was different and here are a few shots taken this morning... 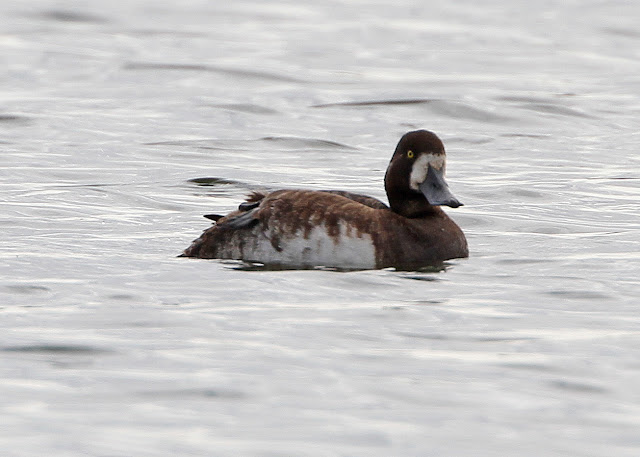 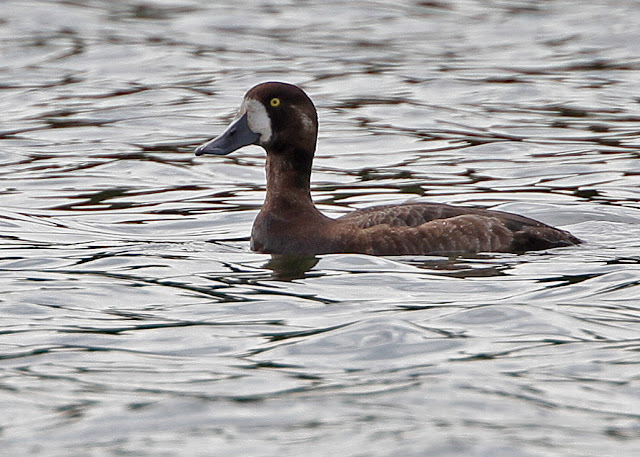 Any comments anyone....time of year etc?

Watched from the bank by the resident fox cub now growing fast! 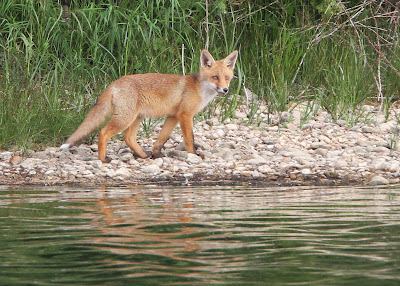 50 Swifts were feeding over the Lagoon and then headed east...are they heading home already

.....and then looking up I saw the distinct shape of a Peregrine soaring higher and higher in a thermal until almost out of sight even with bins. Then suddenly it closed its wings and dropped at an amazing speed and lost height in a matter seconds.....whooooshh!....unfortunately I was behind a bush and didn't see the strike...but I guess some poor unsuspecting bird was very quickly demolished. 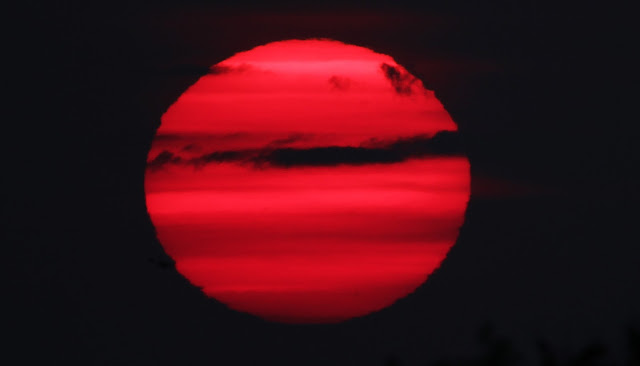 ...another day is done!
Posted by Pagham Birder at 7:47 PM No comments:

The  'supermoon' occurs when the Moon  reaches its closest point on earth and appears to be 14% bigger and 30% brighter than when it is furthest from Earth.
Due to cloud cover last night it was not visible when it first  rose over the horizon  but as it dodged the cloud it was a fascinating spectacle!

...more to follow on Flickr and Ipernity in due course.
Posted by Pagham Birder at 10:07 AM No comments:

A couple of days ago I noticed that the Mute Swan was no longer sitting on what was presumed to be a very shallow nest on New Island in the harbour. Yesterday afternoon I noted a pair of Swans in the middle of the harbour with 5 small cygnets. This morning the family party was nearer the eastern side of the harbour but still out in the middle ...here is a distant shot...

..and when visiting the North Wall this morning there were 3 cygnets with parents in the sluice.

About 55 Swifts were feeding over the Lagoon at 7.30 this morning and a Greenshank was seen from the Spit hide.

Perhaps the highlight today was not a bird but a couple of fox cubs just off the path  which leads to Church Farm...next to the Lagoon 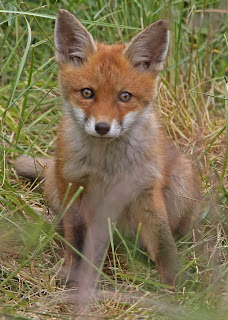 The Whitethroats were very busy this morning taking food to their nest near the Little Lagoon. Much 'churring' on my approach but easy to photograph. Not wishing to disturb them  I left them in peace after just  a few moments. 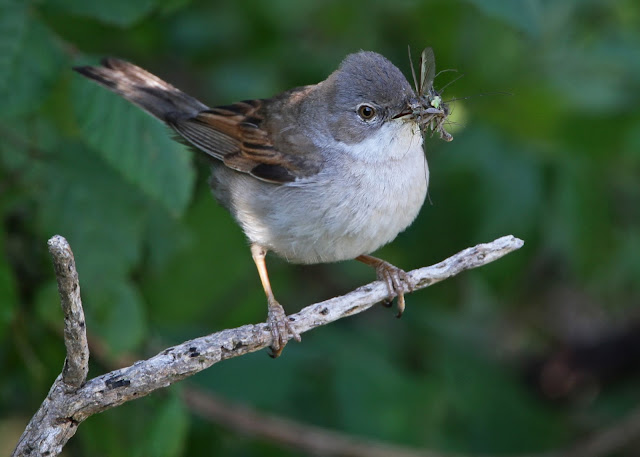 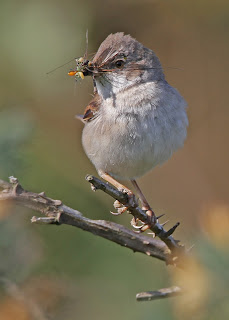 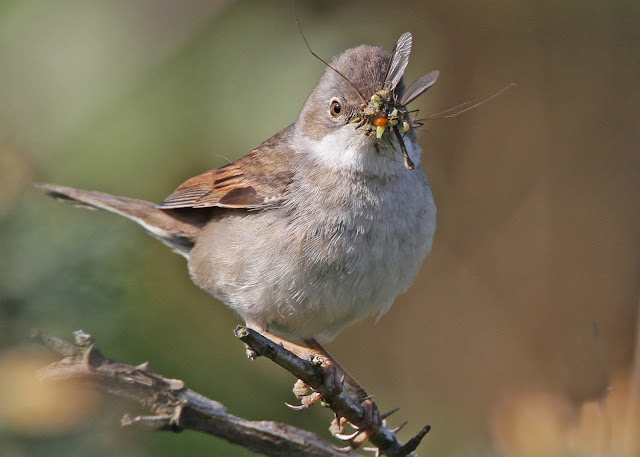 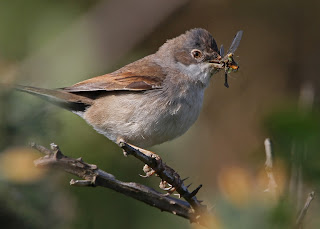 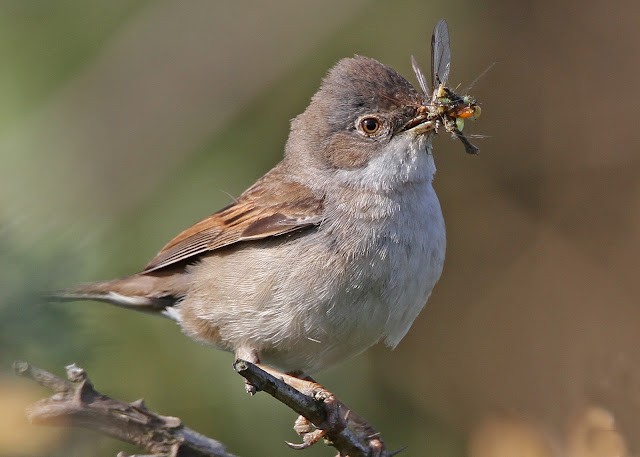 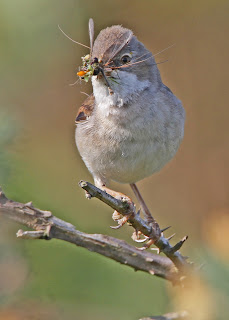 The female Mallard has not been seen since laying 2 eggs in our garden yesterday but  the drake has been loafing about on the rooftops.
Drake Mallard of dubious parentage!
Posted by Pagham Birder at 5:38 PM No comments:

1)The first time I've seen a Shelduck actually standing on the roof of the Spit hide! 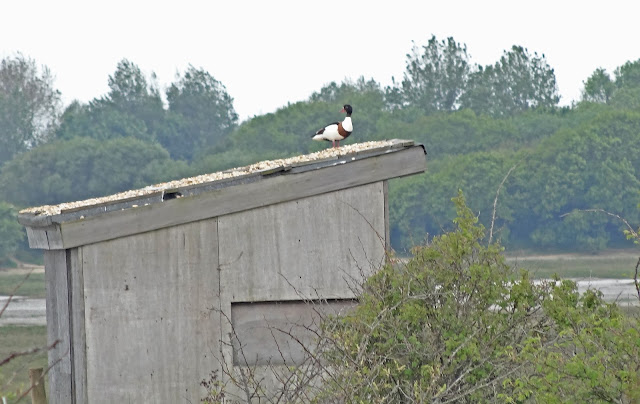 2) A pair of Whitethroat was feeding nestlings in a nest near the Little Lagoon. Although I've seen a male in previous years I have no previous record of successful breeding on the spit..

3 )An odd pair of Mallard ducks which have been frequenting our garden  for the past few weeks and have been regularly fed, laid an egg overnight in our garden in a weedy patch of shingle.

By 10 o'clock this morning there were two eggs! 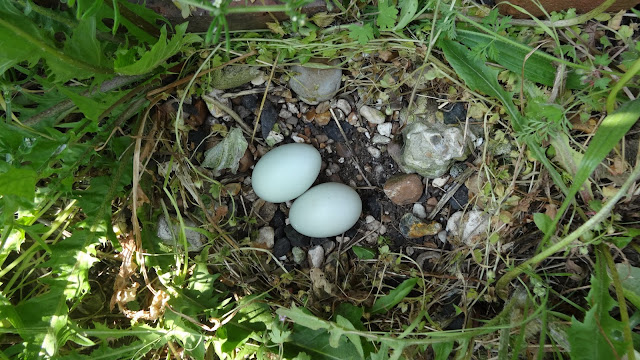 They appear to have removed some of the weeds and dragged some  in a circular shape to make a nest (of sorts).
This is presumably the same pair that actually laid an egg in a sink garden last year just outside our front door (see blog of May 14 2012.)... It came to nothing.
Posted by Pagham Birder at 4:41 PM No comments:

What hope for the terns on the Church Norton spit!


However a trip to Lavington Plantation was interesting and also taught me a lesson about photography on hot days. Took loads of photos but success was very limited due to heat shimmer. Yellowhammers were much in evidence as well as Tree Pipits, Linnets and a Cuckoo. Great Tits, Blue Tits and Willow Warblers were all feeding young on nests. A few 'soft' images ...


They don't look too bad if they are not enlarged...the Great Tit was in the cool woodland and a lot easier to get a more respectable shot....

Posted by Pagham Birder at 7:21 PM No comments:

Back from a week away.

...and I'm greeted with more desecration to the Spit Hide 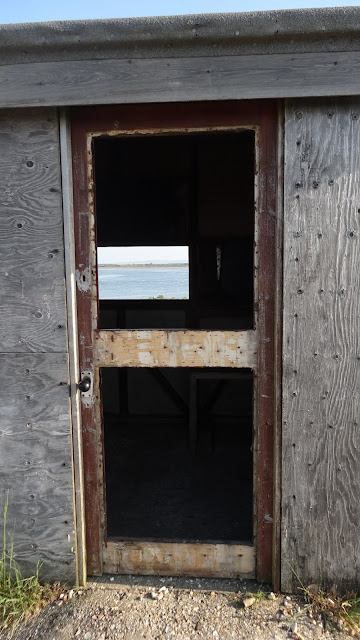 ..and now the door panel has been removed...is it time to lock it during the summer months ? 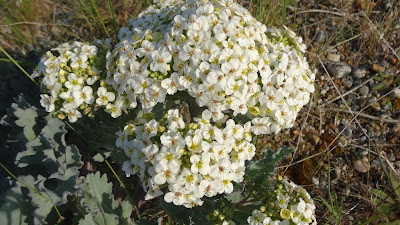 The Mute Swan is still sitting on a nest on New Island and Common Terns were busy on Tern Island; at least 8 Little Terns were patrolling the Church Norton Spit. There were no Ringed Plovers on the beach which was not a good sign.
After checking my home "patch" I decided to look at Breech Pool and noted a single Black Tailed Godwit and 3 (maybe 4) Little Ringed Plovers. A Cuckoo was present and all the usual species were well represented...giving a few photo opportunities...

Last week was spent in Suffolk  and Norfolk (the Brecks) . Good views of Bittern at Minsmere (see Flickr) and the usual Avocets, Marsh Harriers, Hobbys and a Spoonbill. I missed the Savis Warbler but I knew one was reportedly at Lakenheath RSPB together with a long stay Red Footed Falcon so I wasn't too disappointed.  Arrived at Lackenheath full of anticipation...told that the Savis was difficult and the Redfoot had only been seen once very early in the day! i.e. dipped on both!! Oh well...that's birding!

Posted by Pagham Birder at 7:28 PM No comments: