7.45a.m.Had a  quick walk around the Lagoon this morning and I was surprised to find a Black Necked Grebe. Light was terrible so hope to get better photos later. 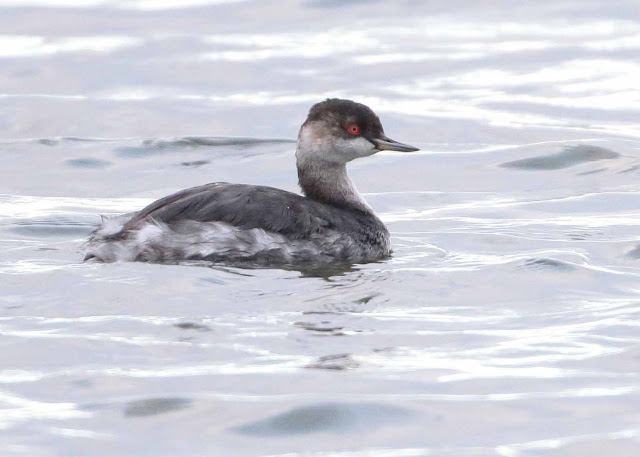 1.00p.m.  Light has improved and so has the bird coming quite close to investigate!! Could not stop taking photos but have reduced them to six!! 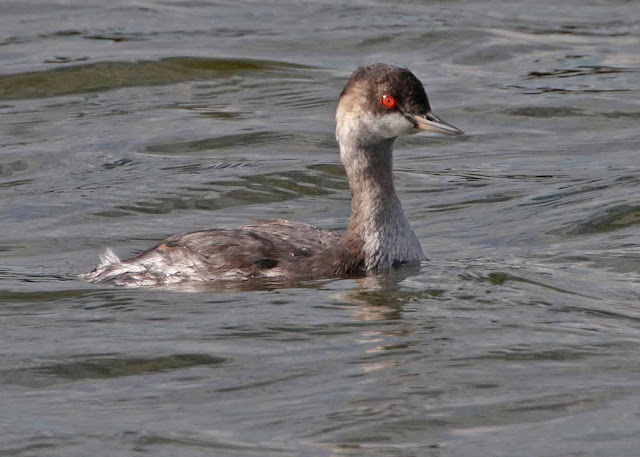 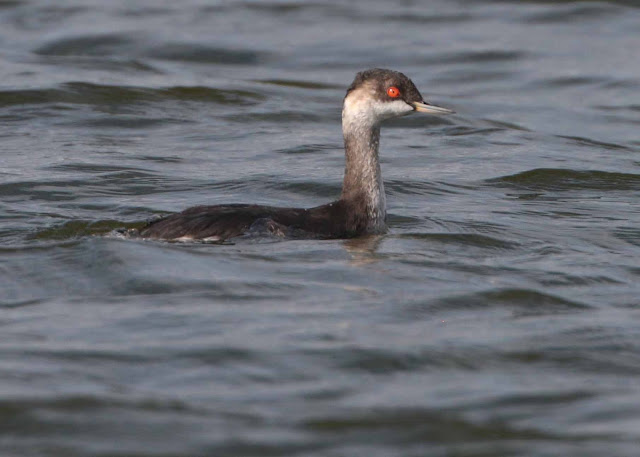 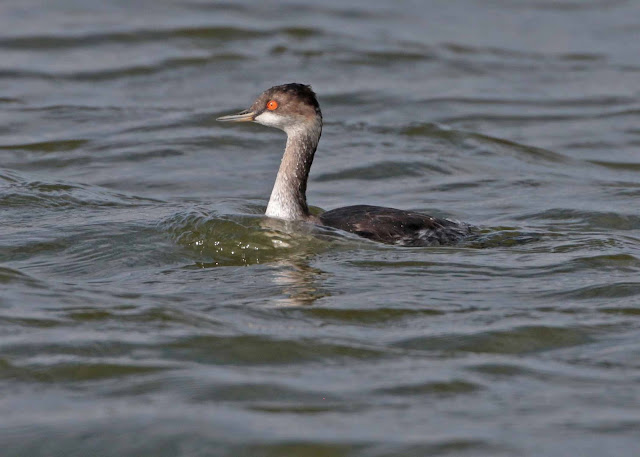 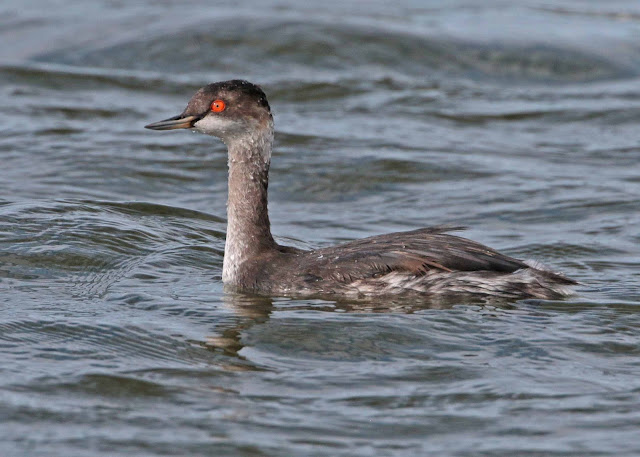 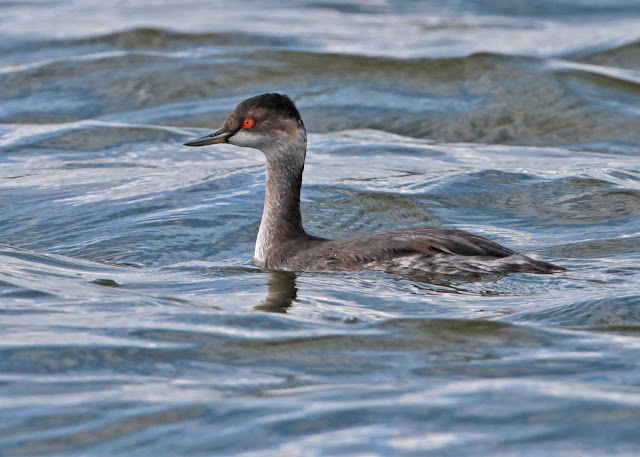 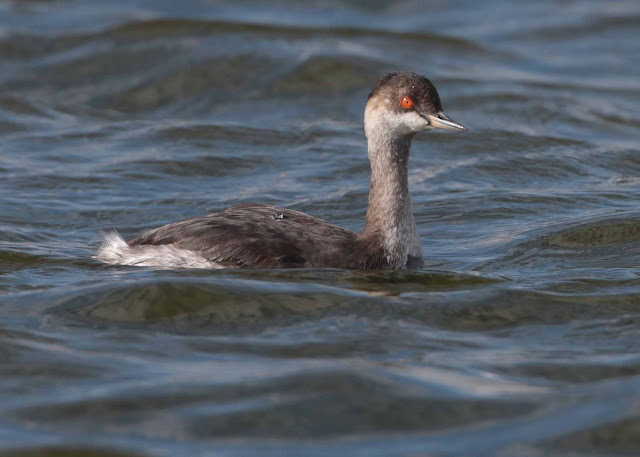 Nice bird to have on my local patch!

The ups and downs of a trip to Cornwall.

We have just returned from a couple of weeks in Cornwall...not a 'proper' birding holiday but a time to enjoy the Cornish scenery and the sunshine. However, on the way I did divert to Davidstow 'airport' and found this Baird's Sandpiper near the control tower feeding with Dunlins.

Since May there were reports of a 'first' for the U.K....a Dalmatian Pelican, so that was an absolute 'must see'! It had been touring South Cornwall but just before our departure it had flown to North Cornwall and was residing in the Camel estuary, near Padstow...just 10 minutes from where we would be staying. At the first opportunity we headed for the estuary but on checking Birdguides it had disappeared and a day or so later was seen in Braunton Marshes in Devon.

We made sure it had settled down and waited until the weekend to avoid the crowds.

Following reports of another rarity we set out early the following week and headed down to South Cornwall to Perranuthnoe to look for the long stay Hudsonian Whimbrel. On the way we had a look at the Hayle mudflats and noted nothing more than a Heron and a few Gulls at the RSPB reserve. We had a leisurely lunch at the nearby  pub and, from the car park, enjoyed views of a Spoonbill mixing with the gulls. 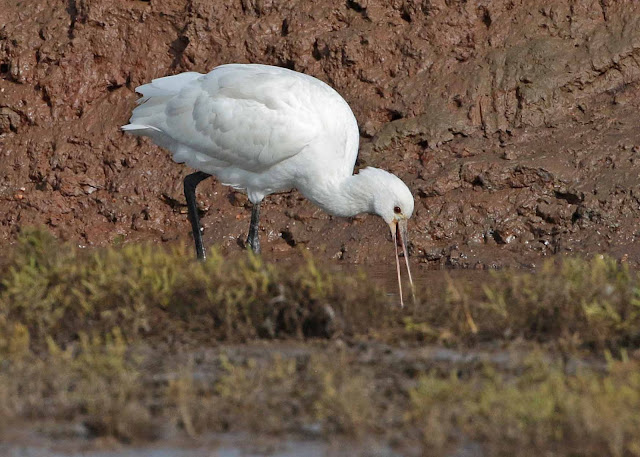 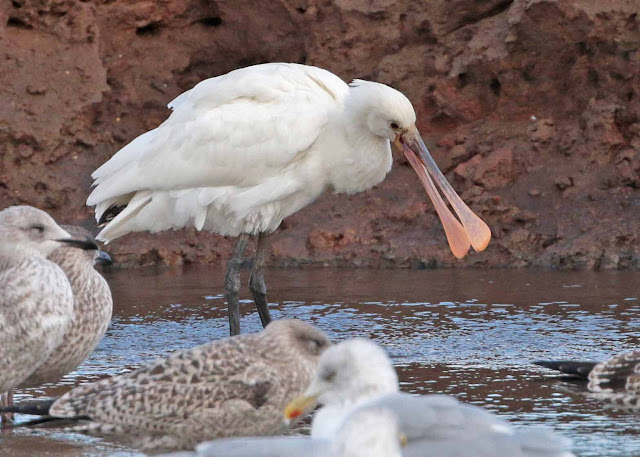 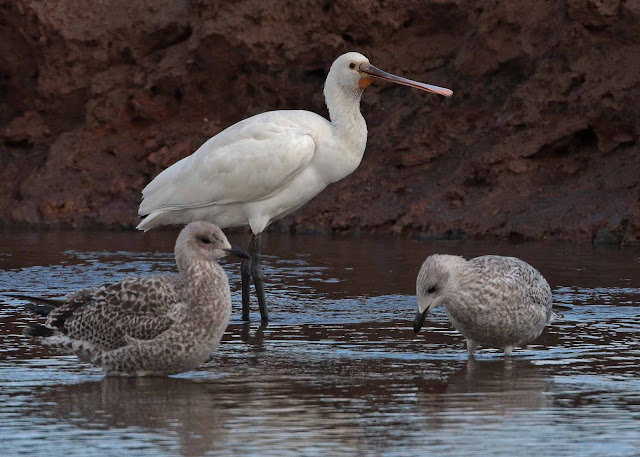 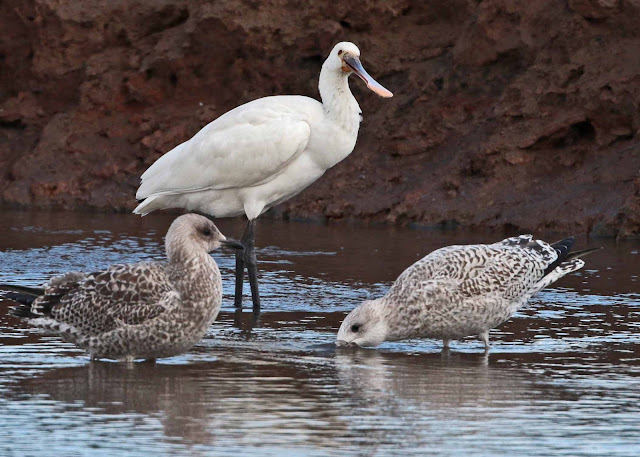 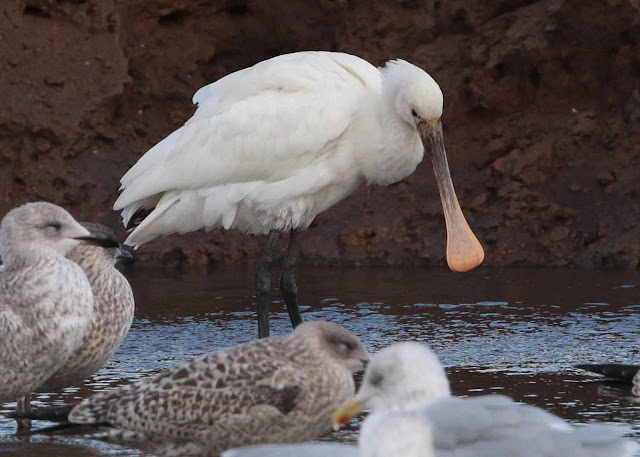 Having later arrived at Perranuthnoe, a walk along the cliff soon found the bird feeding on the beach. It was difficult to see, but with patience it gradually got sufficiently close to obtain a reasonable photograph.

Whilst in Cornwall it is essential to visit a few migrant hot spots and first choice is always Porthgwarra which (for us), in the past has turned up a Hoopoe, Wryneck and a Red Breasted Flycatcher. Richards Pipits had been reported so we duly arrived full of expectations together with a bunch of other birders. We searched the meadow behind the 'Doctors House' which any birder will know well! Not a sign....the air was still, the sun shone and everyone guessed they had moved off in the night! In fact there was nothing about apart from a Stonechat a few Robins and Blackbirds. One chap had had a fleeting glimpse of a Dartford Warbler...and oh yes, I had a Buzzard....
Whilst speaking to another birder about the location of the much sought after wandering Pelican I got exact details of where to watch this from Fremington Pill. So next day we checked Bird Guides and found that it had gone missing but had returned to the Camel estuary and was to be found two and a half miles from Wadebridge. So, that should be easy, except two and a half miles with a Canon 500 and a tripod with a heavy Wimberley is no easy task for an old boy! I did make it and found a couple of birders pointing to what looked like a paper bag miles out! I peered through their scope and could see the enormous beak but once I had the camera set up it went to sleep and tucked its beak well under its wing. This is the only highly cropped shot I managed to obtain..... 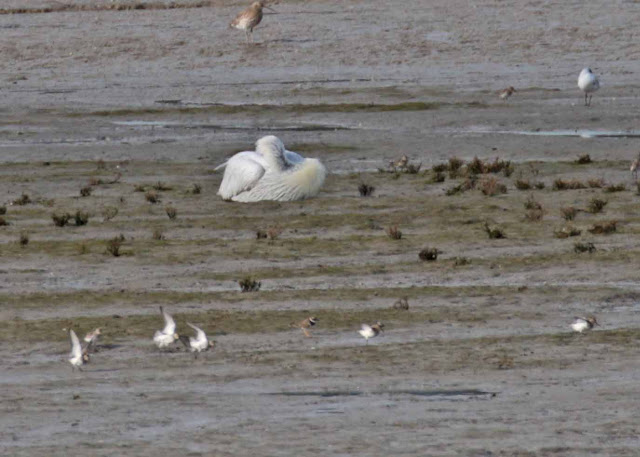 I tried again a couple of days later but it had moved further downstream and I failed to locate. I did however mange to get a very poor shot of a distant Cattle Egret in a field alongside the Camel Trail. 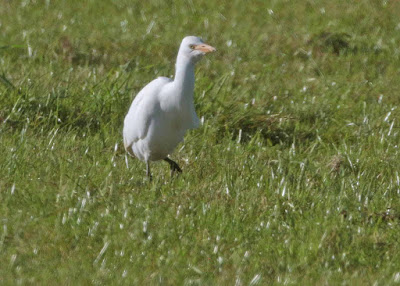 All good fun but not entirely successful


Here is a Grey Plover in the Camel estuary 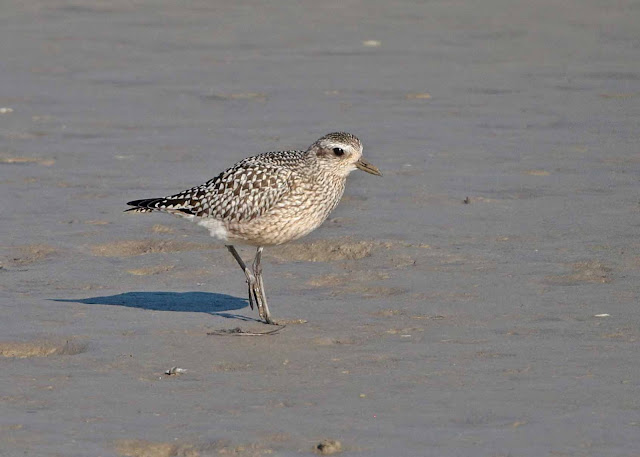 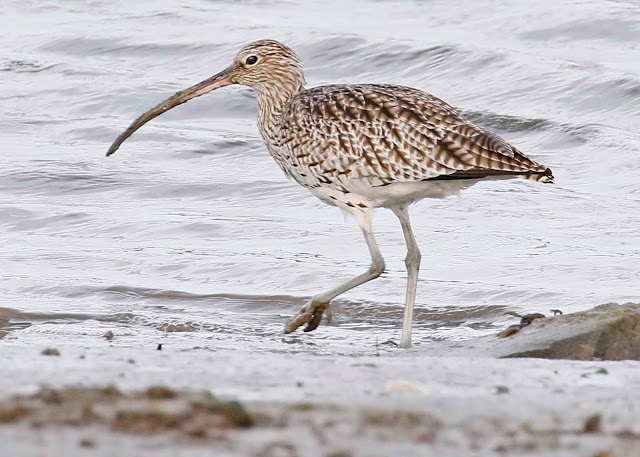 Incidentally at Porthgwarra, the Richard Pipits turned up the next day, a Red Eyed Vireo has been around for three days and on the day we left the Dalmatian Pelican has been showing well in Rock from the very car park we used to have lunch on another day out.

The joys of birding!

The sun has just come up.
Its 7.15 a.m. ...Blue sky, perfectly still and complete peace....must get out with the camera before breakfast.
Lots of House Martins on the move plus a few Swallows. 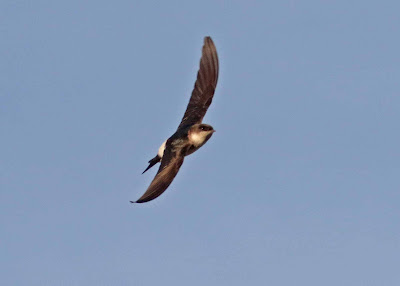 Posted by Pagham Birder at 7:44 PM No comments: