Has Spring sprung at last? 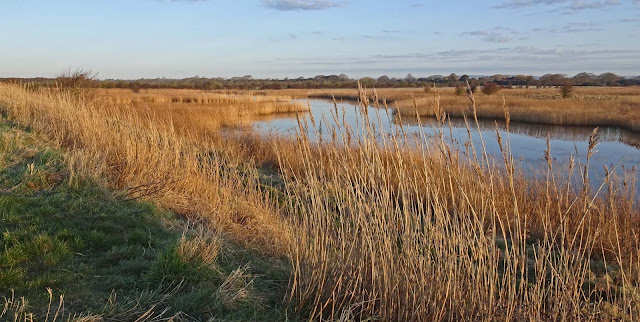 A brilliant morning along the North Wall overlooking the Breech Pool.
As I approached a Cettis Warbler burst into song and I thought I was going to be rewarded  with a good birding hour or so. However  despite the good light and fantastic weather I was slightly disappointed and somewhat concerned that I saw no evidence of breeding Herons or Egrets in Owl Copse. The water level was too high for any waders  and the only ducks were Mallards and Tufted Ducks.
In the harbour there were the usual Black Tailed Godwits....some moving into summer plumage 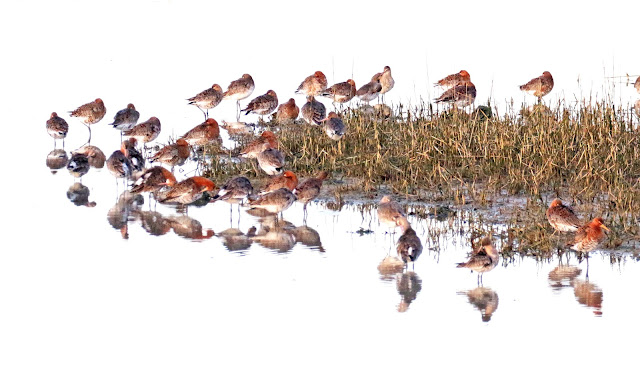 ..and a Spotted Redshank 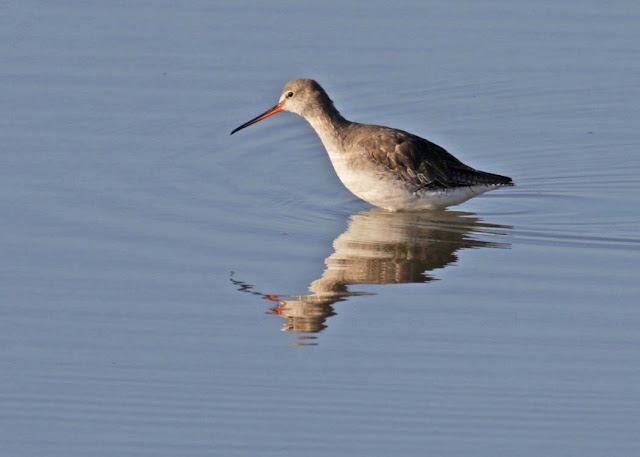 Some of the winter ducks were still present.... 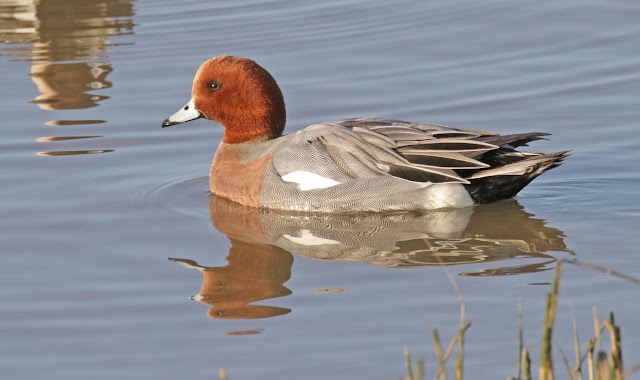 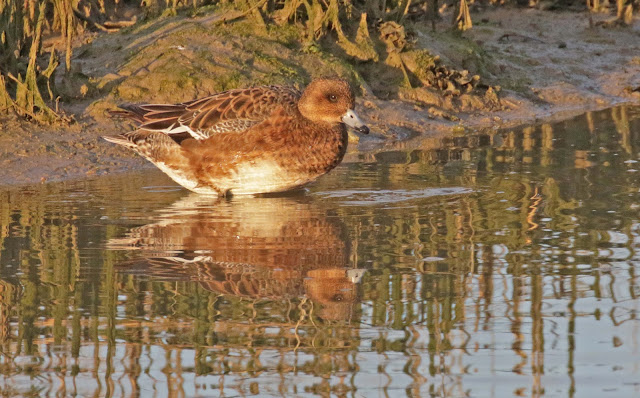 ...and the somewhat subdued female. 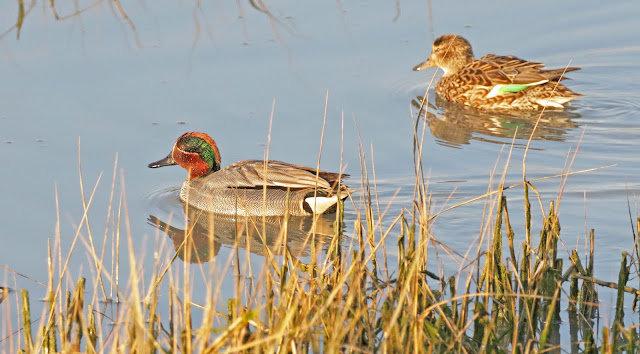 A pair of Teal

As I returned past the stables this Wood Pigeon glared at me and if it wasn't so common we might appreciate his delicate pastel colouration. 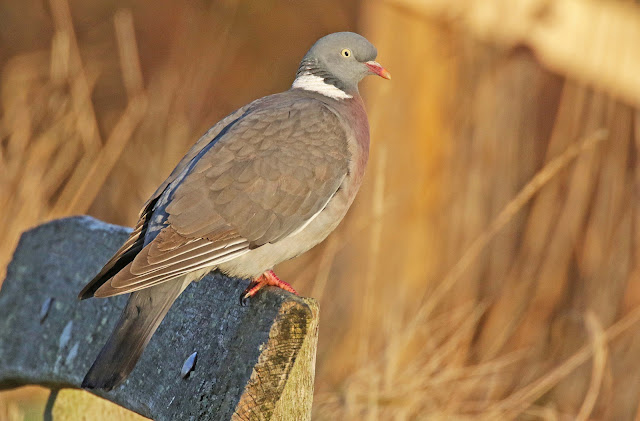 It was now time to explore Pagham Spit but here again it was all a bit quiet. The ever present Turnstones were turning stones  (surprise,surprise!) 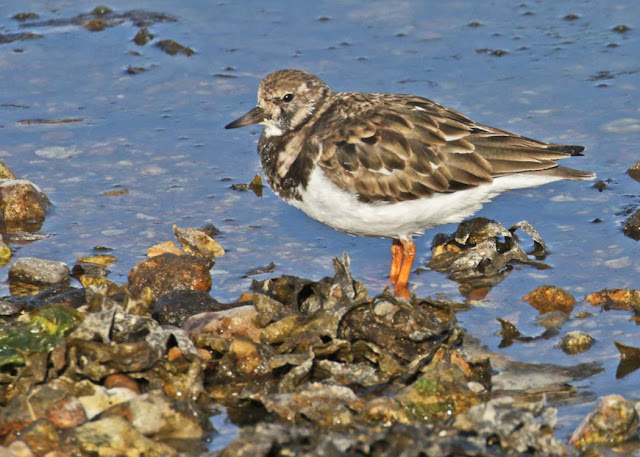 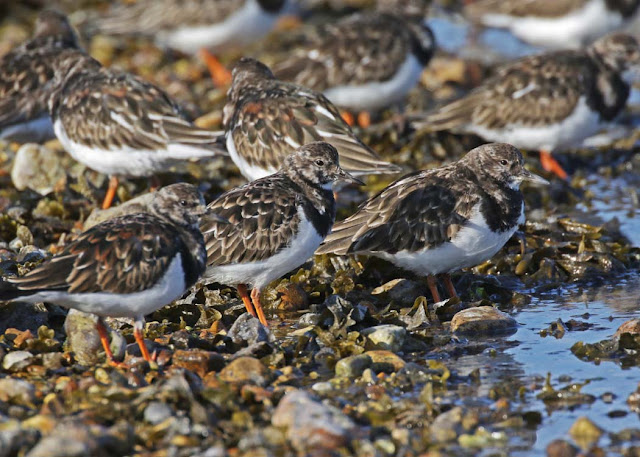 Two pairs of Ringed Plovers were indulging in flight displays.
One of them eyed me cautiously. 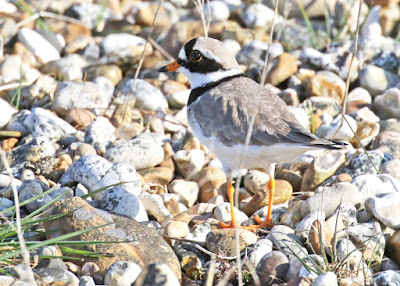 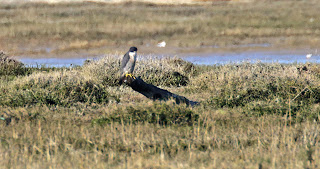 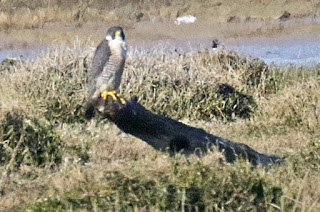 So that's it for today....make the most of the weather as the forecast is not good for the rest of the week!
Posted by Pagham Birder at 5:53 PM No comments:

All through the winter months we have been privileged  to have had a male Blackcap visiting the garden, taking a particular liking to a Camellia which has been flowering since Christmas. It has been feeding, presumably on insects, right inside the flower head. The other day he started  trying his vocal chords and I believed Spring was almost here!

Today he visited the fat balls and his face was covered in nectar.... 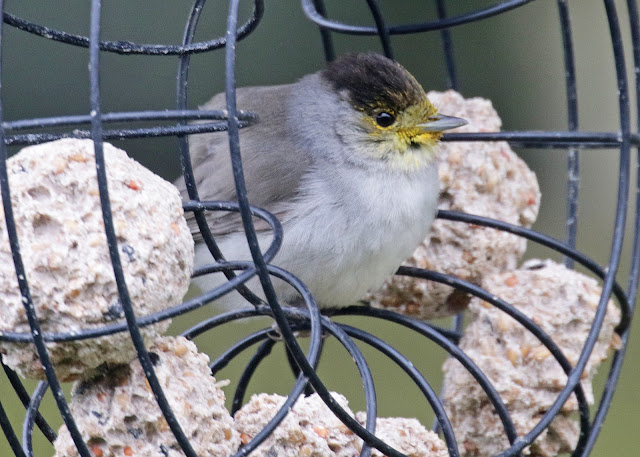 Regretfully I have been out of action for the past few weeks but hopefully will soon be back on the trail as the migrants start pouring in!
Posted by Pagham Birder at 5:36 PM No comments: