The wrong sort of Kites!

At 8.00 this morning I was surprised to note a car parked at the entrance to the now closed Pagham Spit car park in front of the no parking sign.

It wasn't long that the reason was clear as 2 Kite surfers were plying up and down in front of the Church Norton shingle spit and passing just in front of where the Little Terns will hopefully be breeding soon! They were probably visitors who had no idea of the disturbance they may cause but birds were few and far between this morning.

It didn't help that a man with 2 dogs was wandering around the gorse bushes within the fenced area...so no Linnets this morning...or much else for that matter.

I returned......downheatred.
Posted by Pagham Birder at 4:01 PM No comments:

As I completed my BBS on Pagham Spit  I noted  at least 12 pairs of Linnets obviously prospecting for suitable nest sites, House Sparrows collecting nesting material and a pair of Ringed Plovers on the 'alert'.  2 Wheatears 1 Chiffchaff  and several Sandwich Terns  were the only recently arrived migrants.

A Reed Bunting was doing his best to attract a female 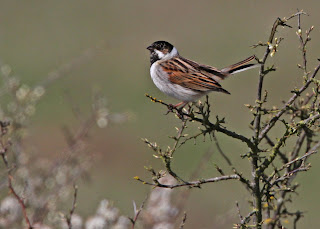 ...and the regular Little Egret was feeding by the sluice gate 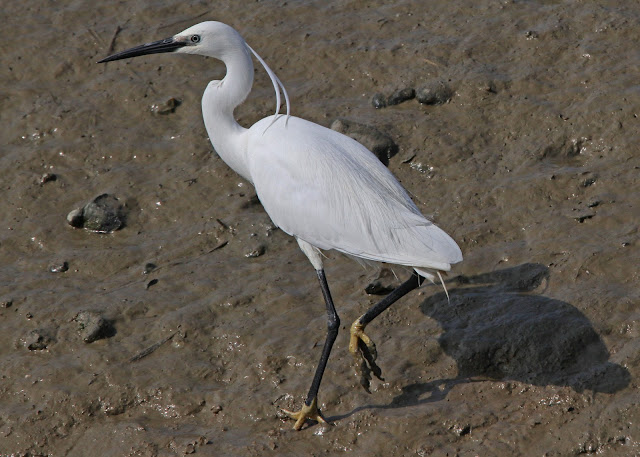 ...but maybe it was a Robin stole the show this morning!

Posted by Pagham Birder at 8:17 PM No comments:

Also a pair of Gadwall on the lake but unlike my previous visit, no Redpolls or Siskins...only the 'usual'...so here's a couple of shots! 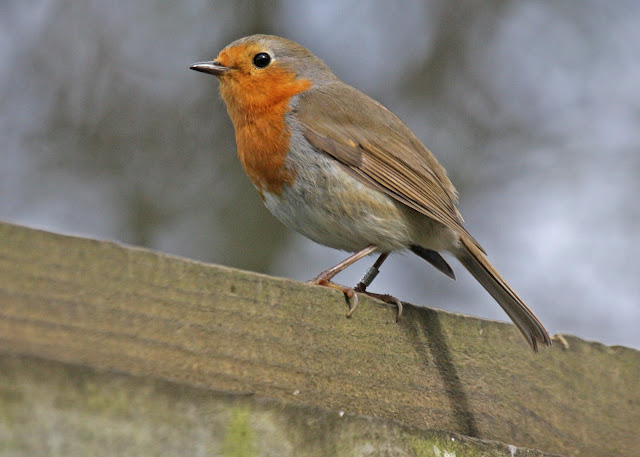 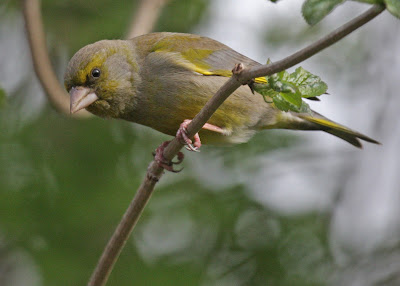 Back at Pagham late afternoon I was pleased to note an Avocet swimming on the Lagoon and a pair of Sandwich terns in the harbour mouth.

I managed to get a shot of the now resident Red Breasted Merganser and it is quite clear from this, the reason for its stay!

Posted by Pagham Birder at 7:48 PM No comments:

The past week has been quiet on the spit as far as migrants are concerned. No more migrants have been seen except for a single Sand Martin over the Lagoon on Friday. The Brent Geese seem to have all gone apart for a very few stagglers and waders are thin on the ground (mud!) . Today however a Black Redstart appeared for a few seconds so it was a quick dash for the camera and an even quicker fiddle with the dials to get a shot through the double glazing!

Posted by Pagham Birder at 2:15 PM No comments: