Looked a good morning for migrants so set off with anticipation walking along the shoreline to the Salt House. First up a male Blackcap  near the Lagoon.....

On the mudflats a Curlew....looked great in the early morning light 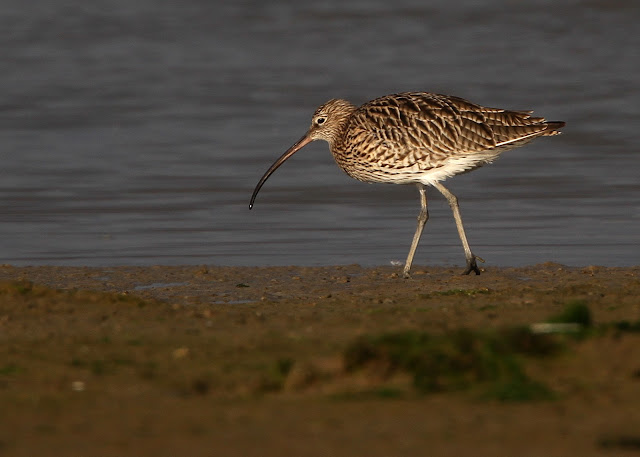 ...but then very little else with Passerines noticeably absent.

On the mud a Cormorant doing what Cormorants do..... 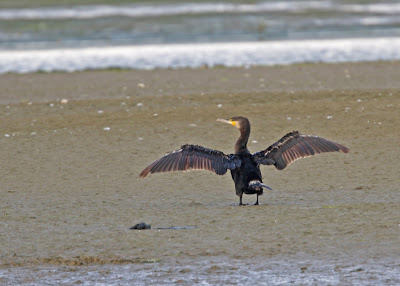 ...and then in Whites Creek a Curlew Sandpiper (very distant)

Posted by Pagham Birder at 5:34 PM No comments:

Last evening as I was returning from Pagham Spit at 7.30pm a flock of 90 Yellow Wagtails flew overhead followed 10 minutes later by a further 20. This morning a few were still flying over mostly (as last night) going north. Along the North Wall this morning there were a dozen or so mingling with the cows in front of Honer farm and later 7 were found in the horse enclosure by the Salthouse. 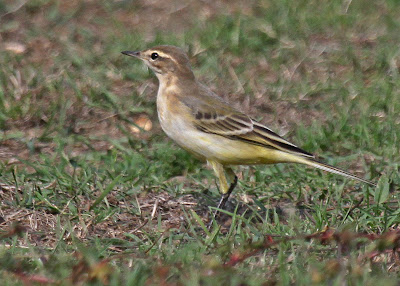 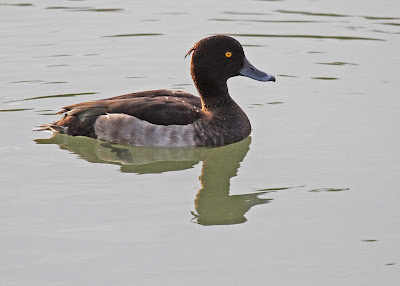 ...and a Kingfisher shot past me like a brilliant jewell!


A couple of Wheatears were darting along the wall and a few Whitethroats were in the bushes but nothing of real interest all the way to Halsey Farm where as usual the Rooks were as noisy as ever. 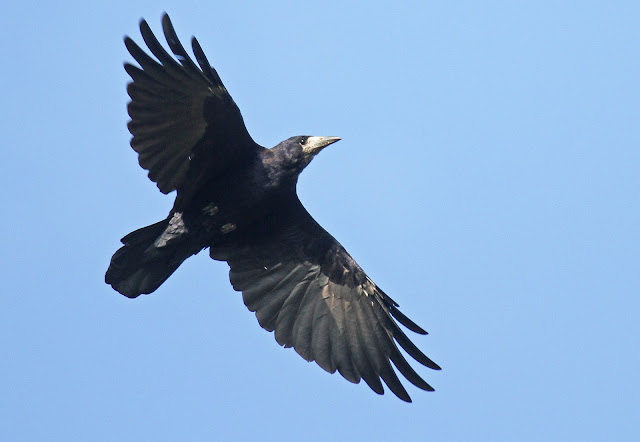 A little further on I thought I'd got a really good shot of a Swallow alighting on a telephone wire but like so many other times I get home and look it on the screen and ....another disappointment! anyway here it is... 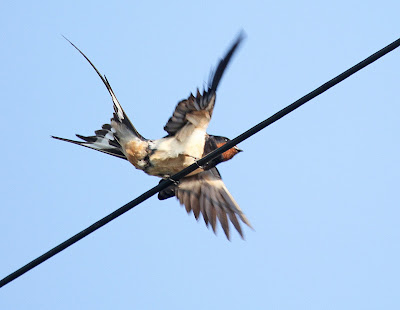 Oh well, lets hope for a better day tomorrow...it's all a matter of being in the right place at the right time.


Posted by Pagham Birder at 3:17 PM No comments:

Four Whinchats between the Little Lagoon and Spit Hide  plus up to twelve Wheatear and three Whitethroats.
No camera with me at 7.30am..shame!.
Posted by Pagham Birder at 2:30 PM No comments:

In search of a Wryneck.

Following yesterdays report of a Wryneck at Church Norton I set off  with all the gear to get some decent shots To cut a long story short, I failed to locate the target bird.


On returning to the car via the Churchyard I was pleasantly surprised to find a  species I didn't expect...a Tree Pipit (although there were 4 flyovers when searching for the Wryneck on the beach). 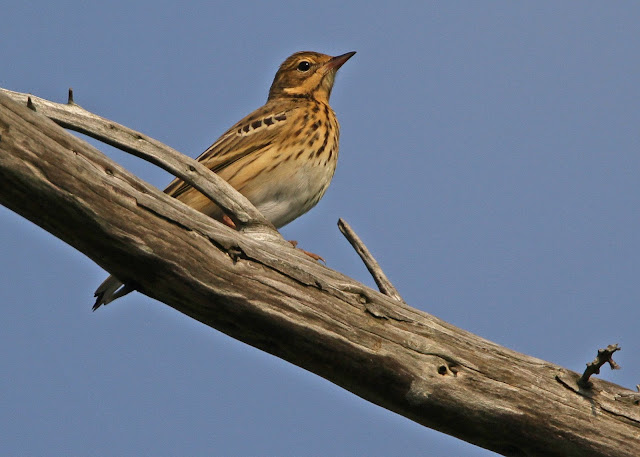 ...and then there anything up to 20 Yellow Wagtails repeatedly flying up to the trees from an adjacent field. 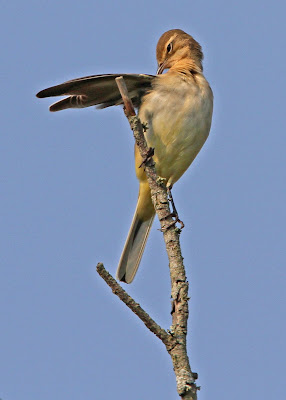 ...A few Whitethroats and Blackcaps also present....here's a female Blackcap 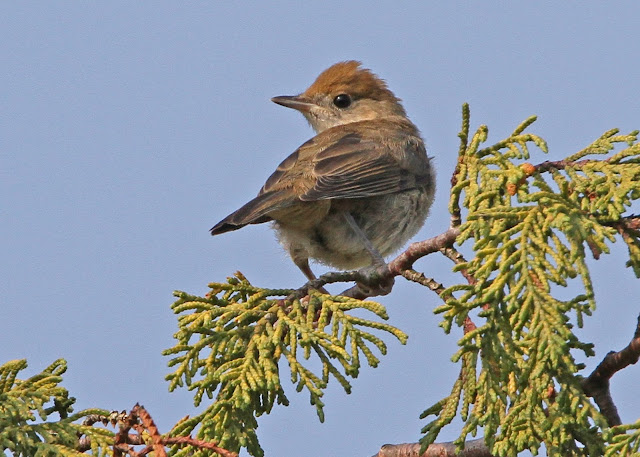 ...shame about the Wryneck!
Posted by Pagham Birder at 2:52 PM No comments:

....on my early morning sortie of Pagham Spit. This is my first Whinchat this Autumn and it was flitting from the gorse around the Little Lagoon and perching on various high spots of various weeds and bushes so typical of the behaviour of a Whinchat . A couple of Wheatears were also present together with a few Chiffchaffs and a juv. Whitethroat. Two Pied Wagtails flew west and I heard a Yellow Wagtail fly over (why are they SO difficult to see! ) . The Peregrines were on New Island and fourteen Little Egrets plus two Grey Herons were roosting on Tern Island.

Coot numbers are building up on the Lagoon together with a small flock of Little Grebes which arrived last week.
Posted by Pagham Birder at 1:58 PM No comments:

An early start in pursuit of the Curlew Sand in Whites Creek resulted in another blank!
Plenty of Redshanks... 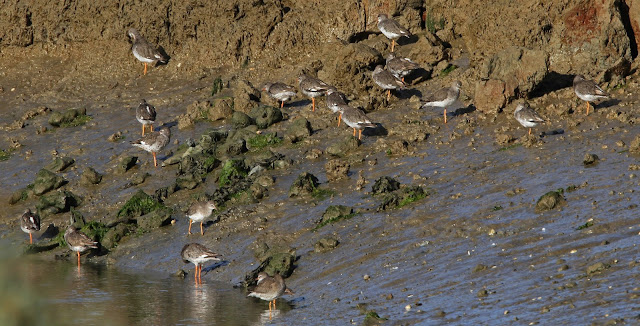 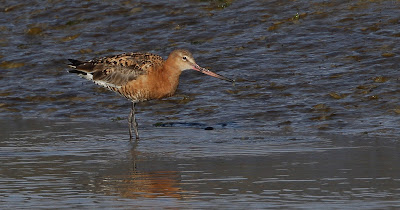 ...and a Spotted Shank
and later accompanied by Greenshank.... but no Curlew Sandpiper.
A small group of Yellow Legged Gulls was good to see but only a couple were showing their yellow legs!

On Breech Pool the usual birds plus two Littlle Ringed Plovers and two Common Sandpipers. In the reed bed Reed Warblers feeding youngsters and a couple of Sedges


A small flock of Canada Geese came crashing in

...and the resident Heron

A few Chiifchaffs and a pair of Whitethroats in the bushes and that was it...will try for the Curlew Sand another morning.

Posted by Pagham Birder at 5:34 PM No comments:

Waders are on the move...

Went to photograph the Curlew Sandpiper at the Salt House but it was right at the far end of Whites Creek together with a summer plumaged Knot not far from it! Waited and gave up so had a look at Breech Pool where 17 Black Tailed Godwits were sleeping/preening.

Then, the flight call of a Spotted Redshank  and low and behold it came in and joined the Godwits...right in front of me...so here are the results of my failed Curlew Sand visit! 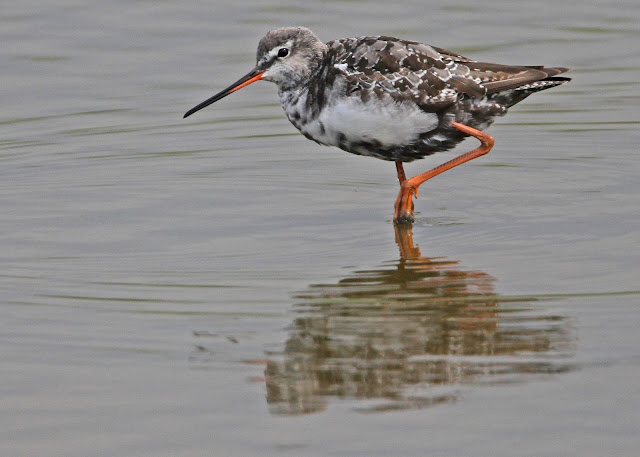 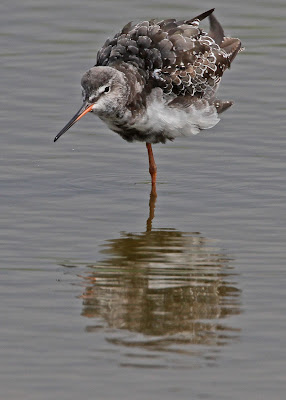 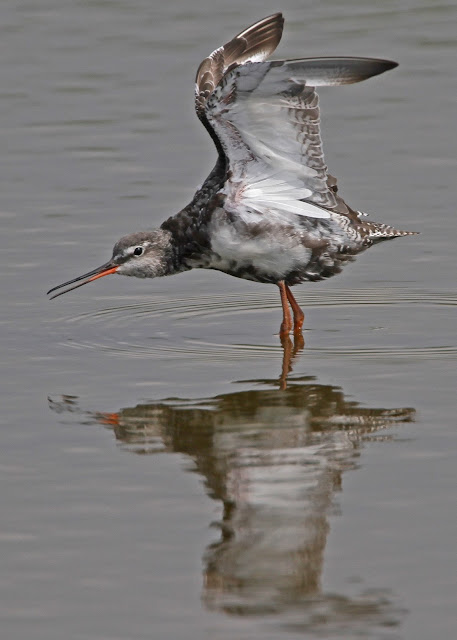 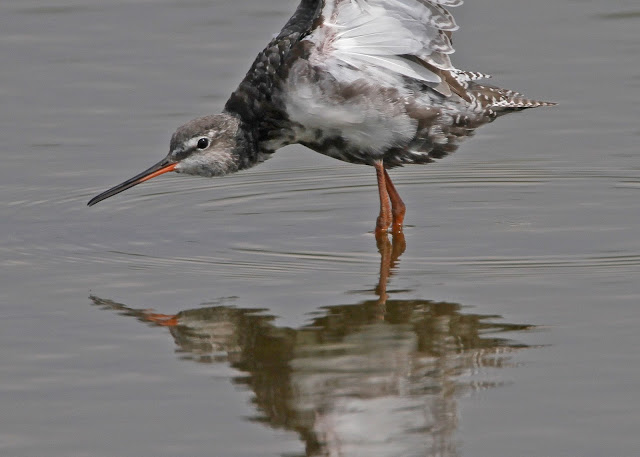 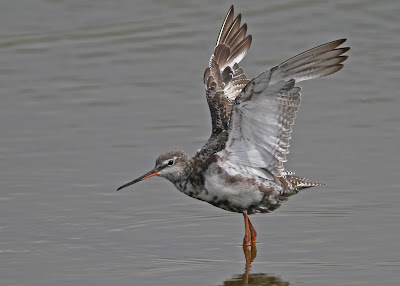 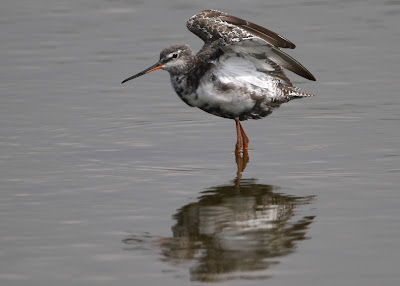 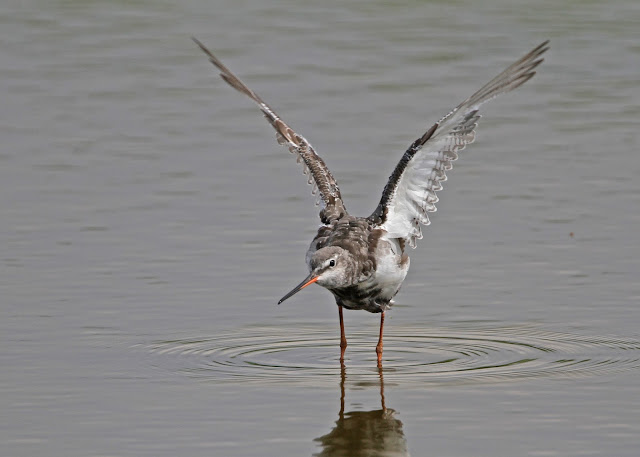 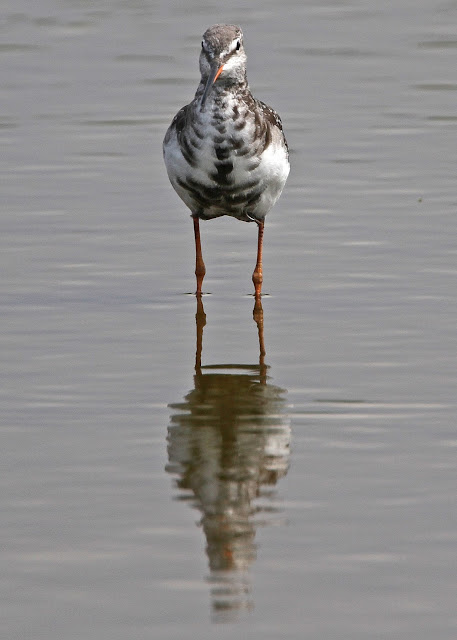 Posted by Pagham Birder at 4:38 PM No comments:

Having been to Gatwick and back by 5.45am I was under no illusion that the it was late summer/early Autumn. The heavy dew and the early morning fragrance just shouted Autumn. As I wandered along  to the Spit hide, 'my' first three returning Wheatear were feeding  in the 'old' car park and the gorse held several Willow Warblers and Chiffchaff  ; a couple of Swifts sped overhead heading westwards and then a flurry of Sand Martins. During the day the Buddleias were covered in Red Admirals, Peacocks and several Painted Ladies. A Curlew Sandpiper turned up in Whites Creek today, so  I'm told, so waders are on the move!

Posted by Pagham Birder at 8:33 PM No comments: