An Iceland Gull pays a visit to Pagham Lagoon.

As I was checking to see if the 'possible' Siberian Chiffchaff  still remained in the bushes adjoining Pagham Lagoon I checked the birds on the Lagoon and there, right in the middle, was an Iceland Gull! I had the camera with me and got a few shots of it as it paddled about before taking flight and circling around several times before heading off in an easterly direction. 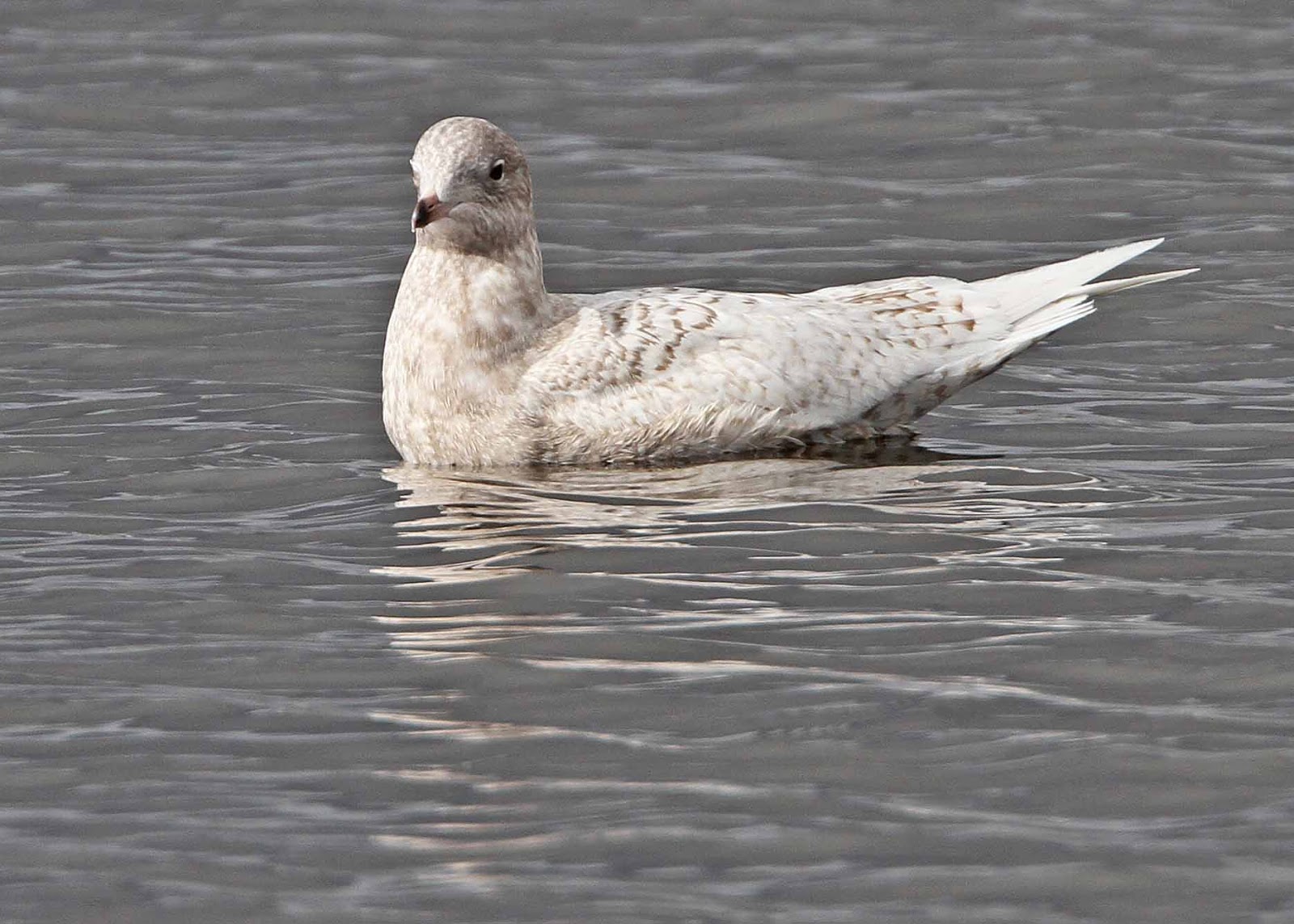 A couple of Goldeneye still remain together with a pair of Red Breasted Mergansers and early in the day a female Pochard(not so common on the Lagoon).


On my blog of February 19 I mentioned the injured Guillemot found on the beach at Pagham and taken into care. I have just heard that the bird is doing well in hospital having been stitched up (nasty gash on its back), is feeding and will be sent to Brent Lodge for a period of recuperation before being returned to the hospital (as an out patient, presumably!) to  have the stitches removed and then hopefully released. A remarkable service from West Meads Alpha Pet Surgery, Bognor Regis.

Posted by Pagham Birder at 2:38 PM No comments:

Yesterday afternoon in poor light I was walking along the Pagham Lagoon when a warbler flew out from the bushes and alighted momentarily on an exposed a branch....a Chiffchaff but a very pale bird. This morning it was relocated and photographed....any comments? 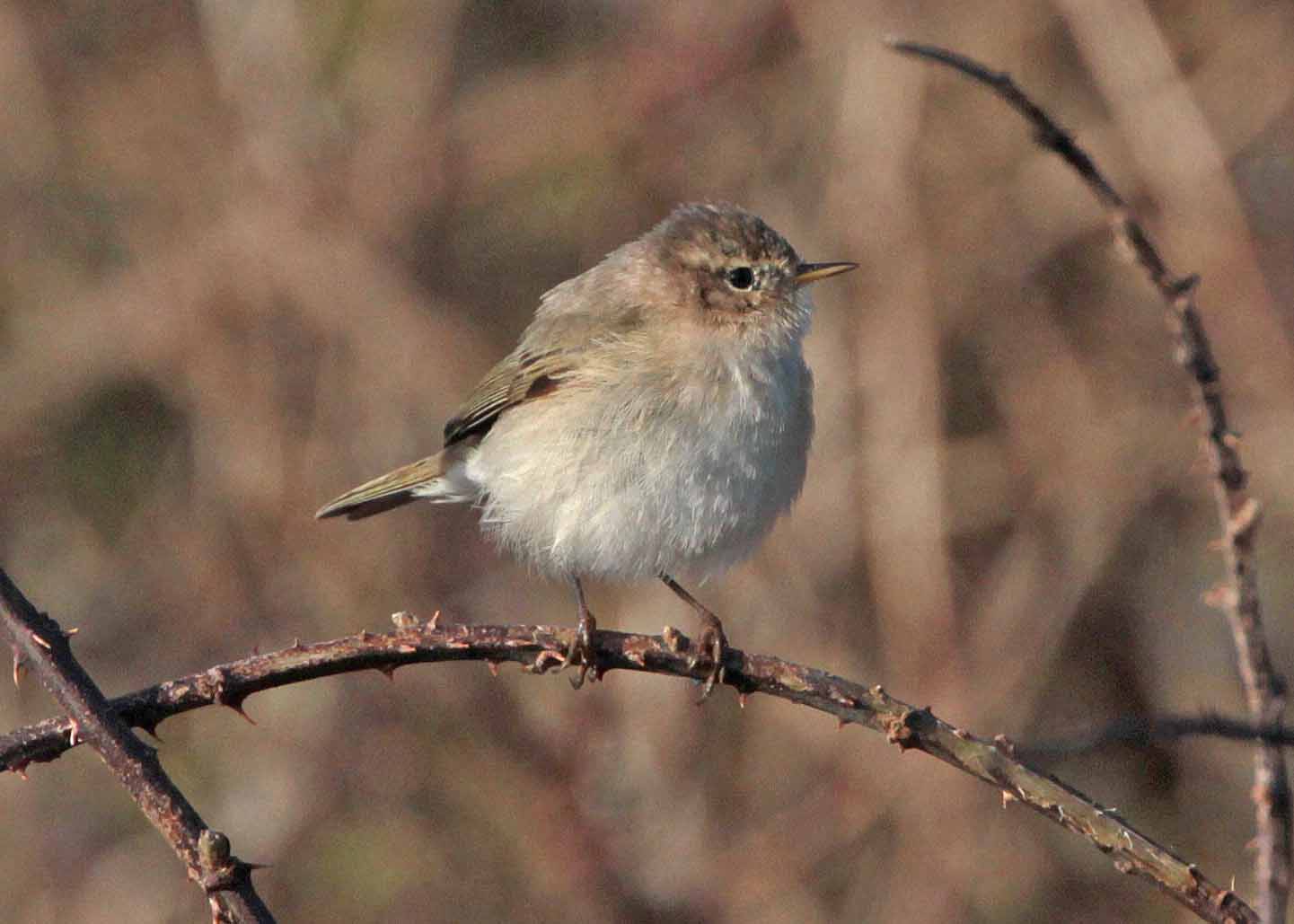 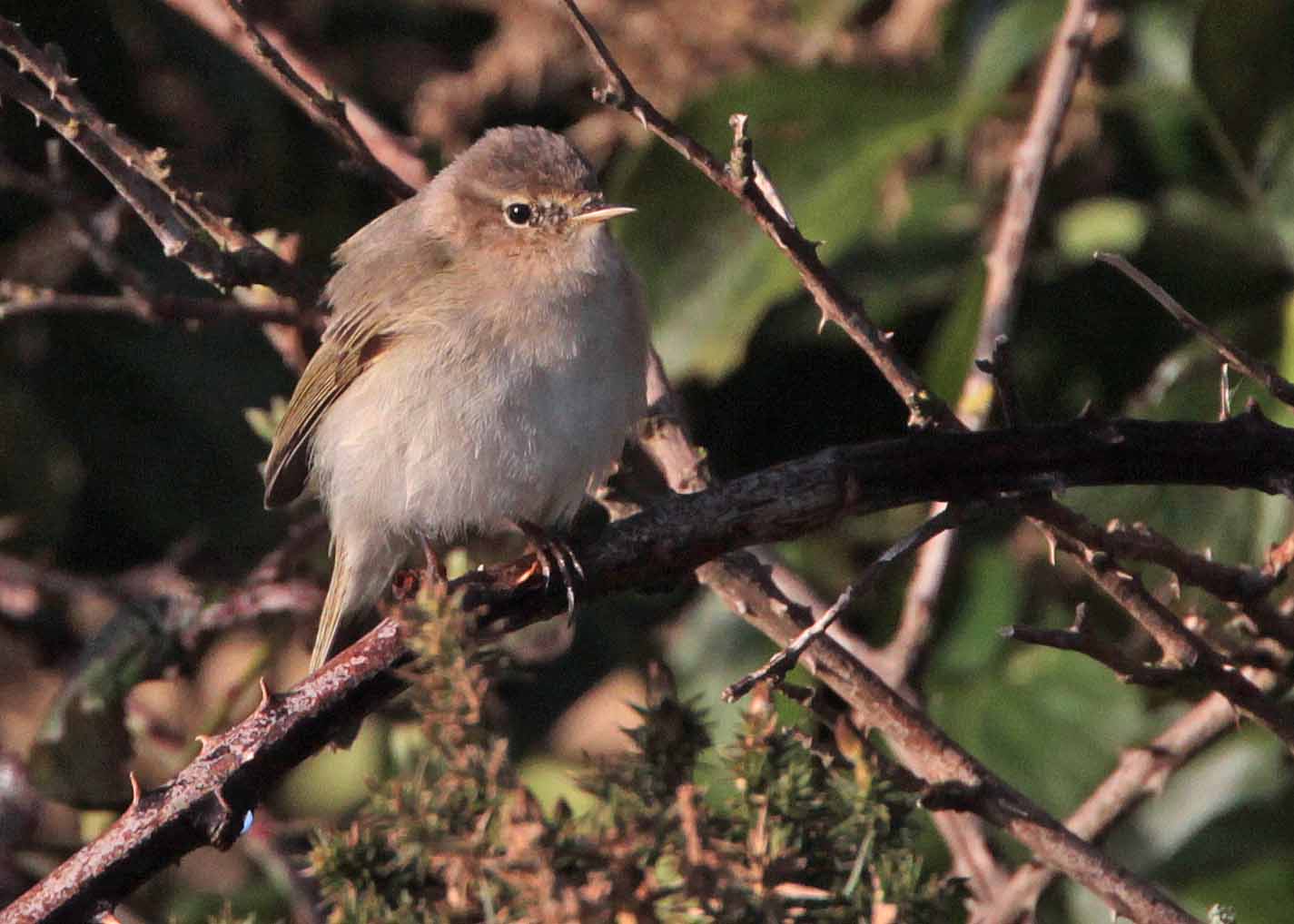 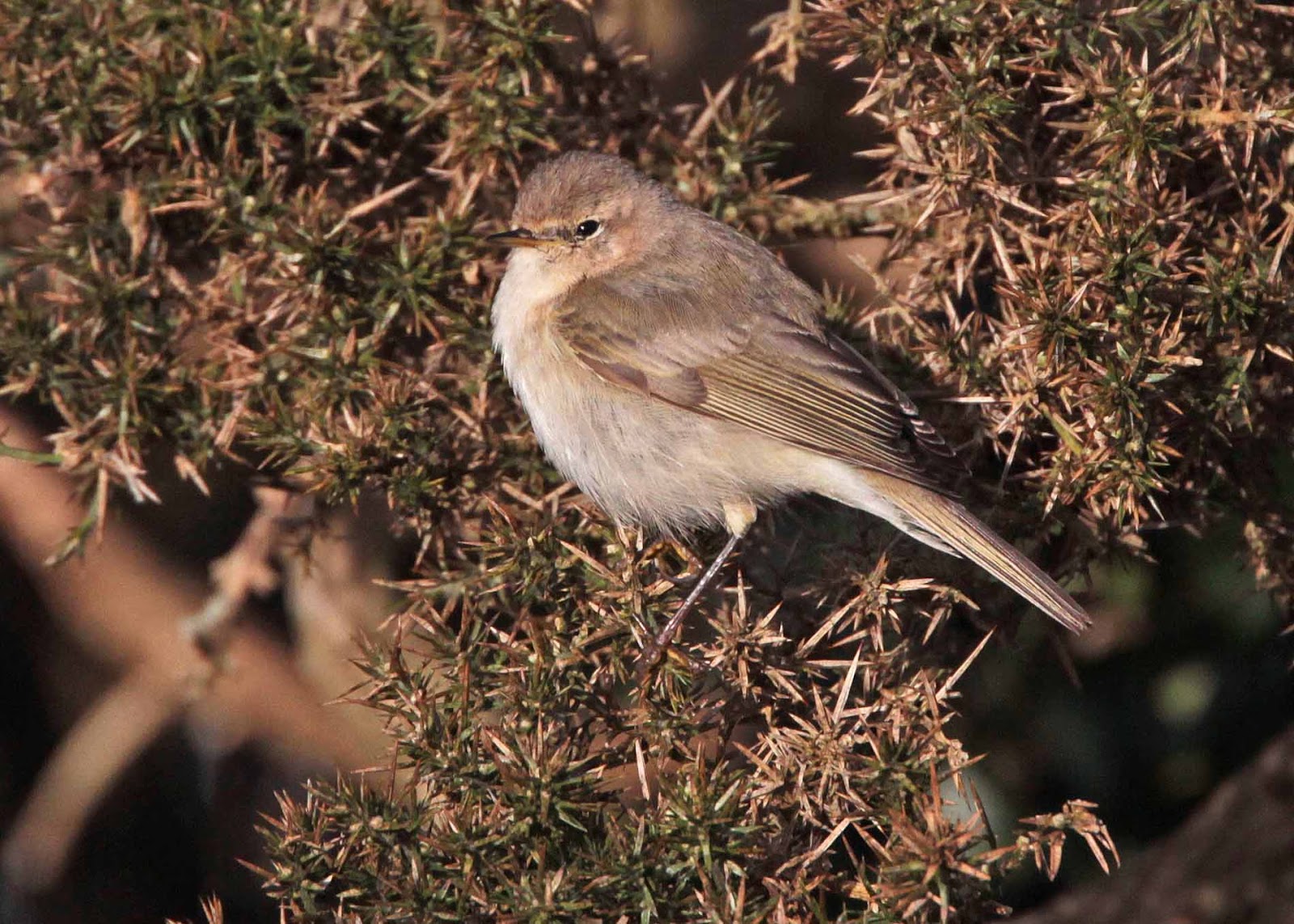 What a difference a day makes! Blue sky pretty well unbroken all day. A day with the camera...first, the North Wall where a Cettis was calling and Greenfinches, Chaffinches and a Reed Bunting were all starting to sing. Nothing unusual but really good to enjoy a bit of decent light for a change! 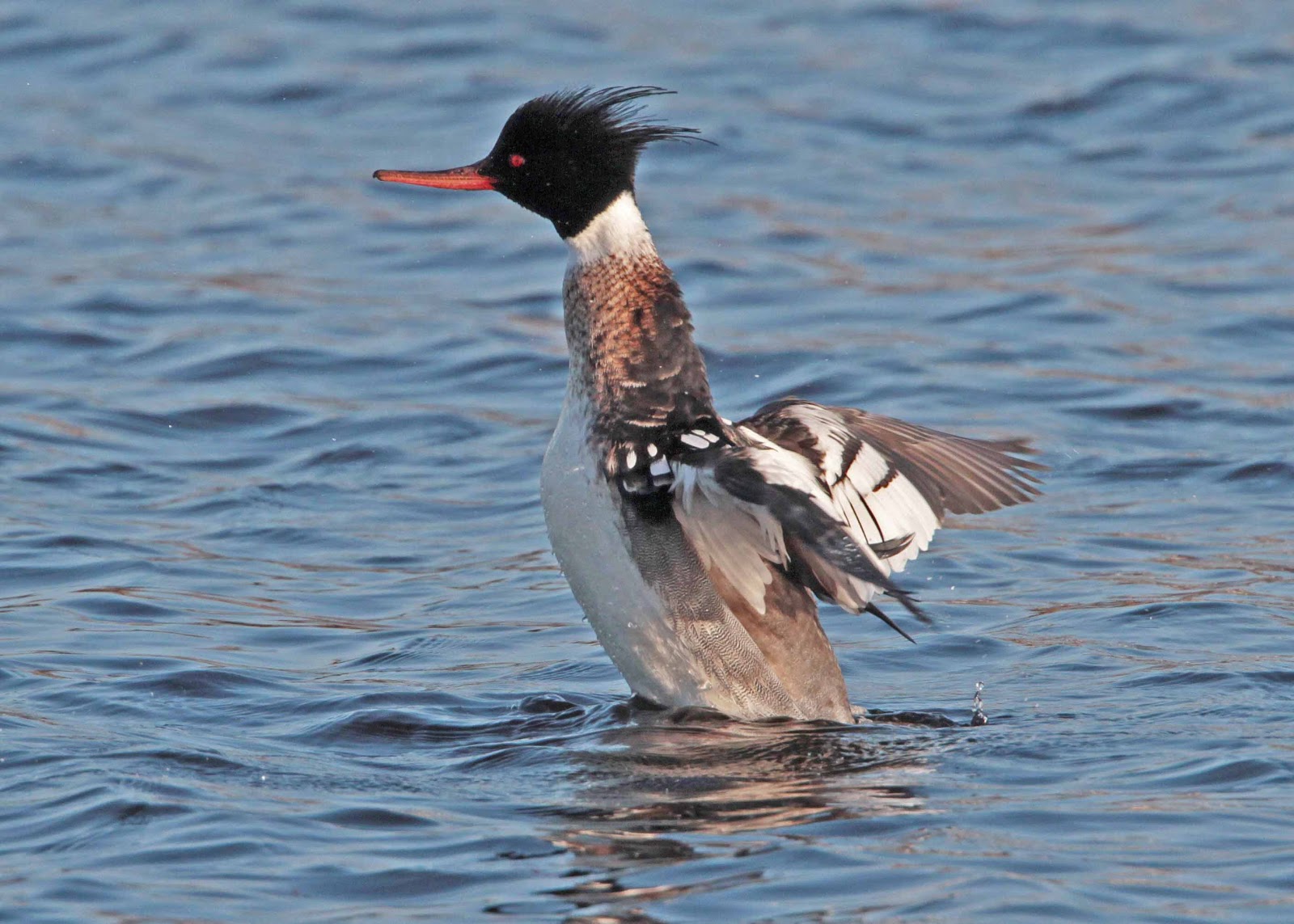 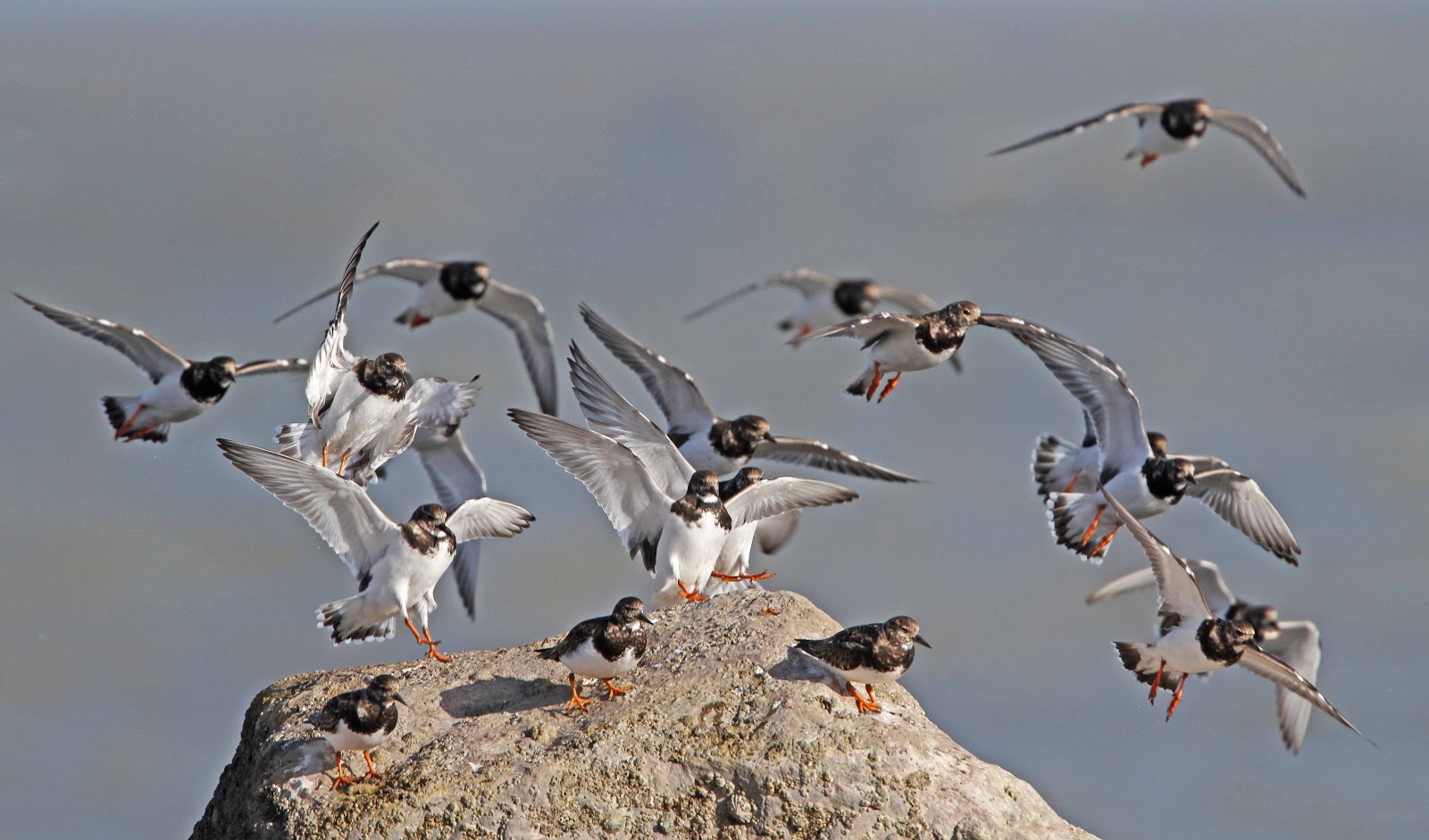 Posted by Pagham Birder at 5:17 PM No comments:


Several sea birds have been found along the Sussex coast this week following the storm which have included Razorbills and several Puffin. There was a dead Guillemot on the beach yesterday but the one today was quite lively but had a nasty wound on its back.


Posted by Pagham Birder at 3:04 PM No comments:

At about 3.30 when the rain eased,  I ventured out onto the beach to see the effects of the high tide
after yet another rough morning.  On walking along the top of the revetment my attention was drawn to a very dark coloured 'gull' in flight above the rocks. As I got closer I noticed  that a Kittiwake was nestling in the rocks and the dark coloured  'gull' in flight was in fact a heavily oiled Kittiwake. It was dipping down and was showing what appeared to be concern about the  other bird on the rocks. Kittiwakes mate for life and it was obvious the birds were a pair. I took a few photos with my compact camera of the Kittiwake on the rock which permitted a very close approach making me assume it was injured. 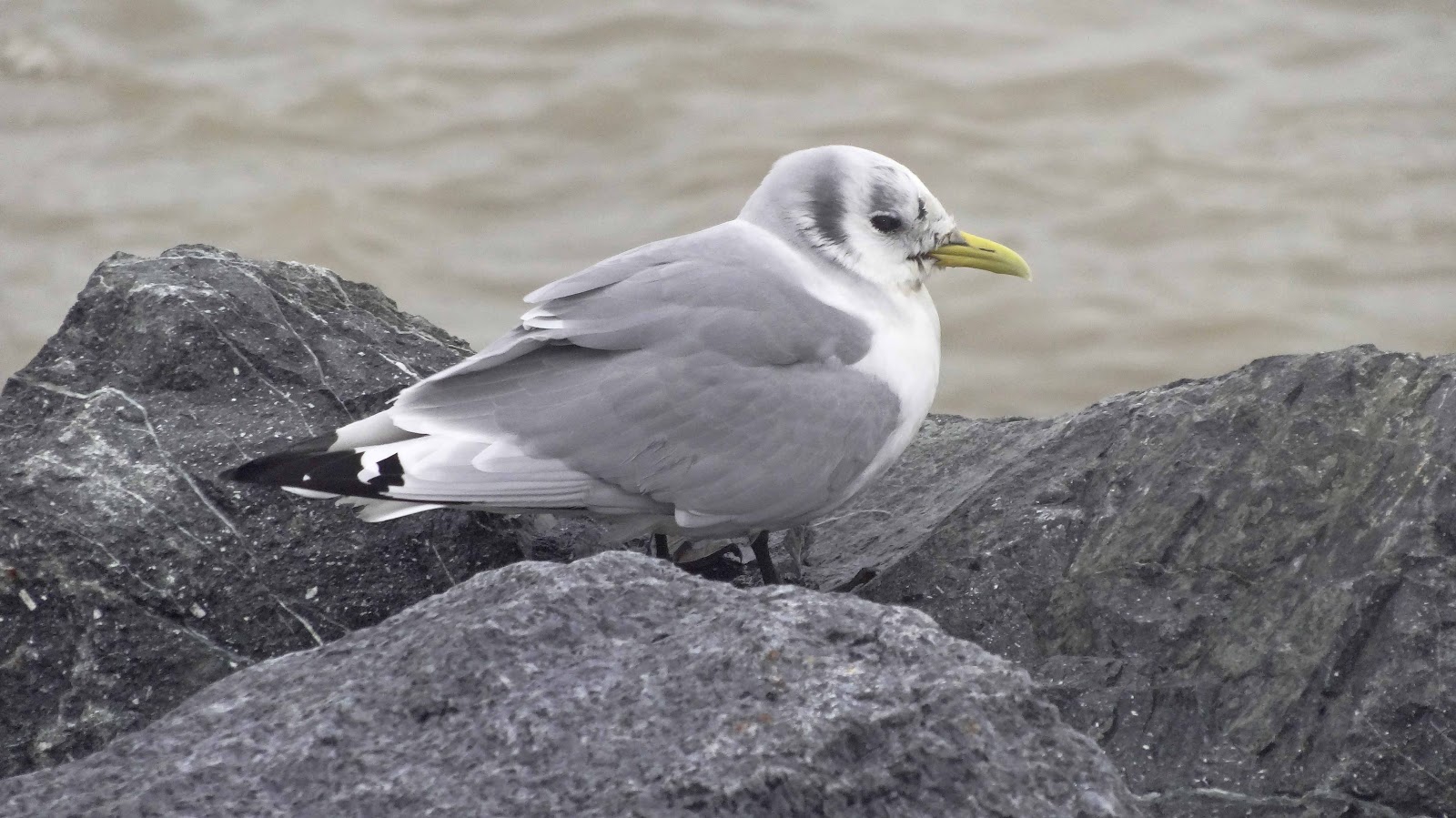 After going home to get the SLR and decide what action I should take to catch the 'poorly' bird  I returned to find that the oiled bird had disappeared and the other Kittiwake was flying up and down the revetment as it would a rock face in its nesting quarters.

However, all seemed well and I managed a few photos in very poor light as it was an unusual occurence for me to see  Kittiwakes on the beach...I see a few off shore!


Posted by Pagham Birder at 4:35 PM No comments:

Reports of a Kumlien's Gull and a Glaucous Gull during the weekend was sufficient to entice me to Littlehampton this morning. Met up with like minded birders only to be told the Glaucous had flown east and the Kumlien's was on  the other side of the harbour entrance. Much discussion, should we, shouldn't we drive all the way round to the other side. Maybe the birds will come back this way...maybe not!

After 40 minutes decided to drive round to the Clymping side only to be told the Kumlien's had just flown to the other side ...somewhere!.

Decided to stay and wait and sure enough, a shout eventually went up ...."there it is in flight and coming this way"!!

Had an enjoyable time  taking over  400 photos as it fed on molluscs giving good photographic opportunities.

Kumlien's Gulls are the North American race  of Iceland Gulls and breed in Baffin Isand and N.E. Canada hence a nice rarity to catch up with.

Posted by Pagham Birder at 3:57 PM No comments:

A visit to Warnham LNR

After seeing web reports of a Mealy Redpoll for the past week or so and the many excellent photographs I decided to make tracks for Warnham following last nights half decent weather forecast! I arrived in dull, cloudy conditions and headed for the hide. It wasn't long before a light coloured Redpoll turned up on the niger seed but photographing the bird was not going to be easy. It soon disappeared and returned twenty minutes later but again proved difficult....it was on the wrong side of the feeder and I really don't like photos of birds on feeders! However I managed a few half decent shots but then doubts crept in as to whether this was in fact the Mealy! There were a lot of Redpolls about and they all showed subtle plumage variations...however I am pretty certain the ID is correct...please correct me if I'm wrong.


Warnham LNR is a fabulous reserve for photographers who want really close up views of garden birds...


A great morning and the weather did cheer up gradually!
Posted by Pagham Birder at 8:51 PM No comments: