Another Week almost over.

An interesting week for sightings around Pagham harbour but I have missed out on almost all of the excitement. Reports of interesting species seen in and around  the harbour have included a Scoter, Slavonian Grebe, Eider, Gt Northern Diver, Glossy Ibis and Snow Buntings plus, plus.

My only success has been a Merlin on New Island...a long distance photo... 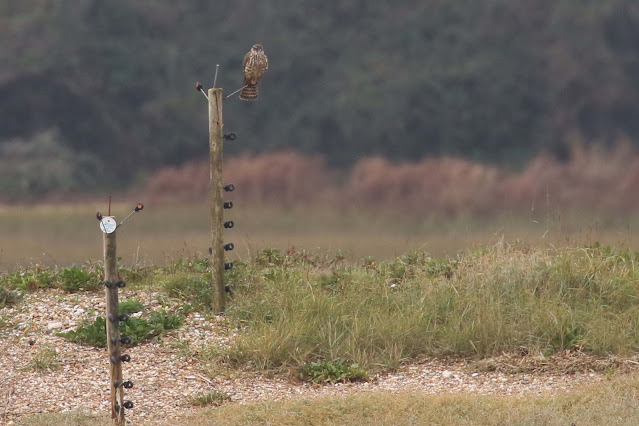 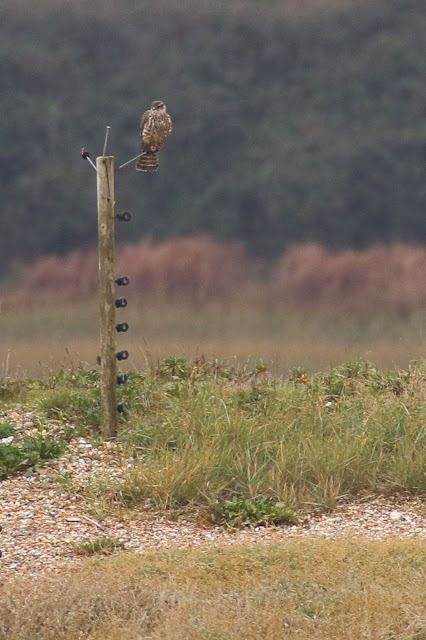 ..and a  pair of Peregrines 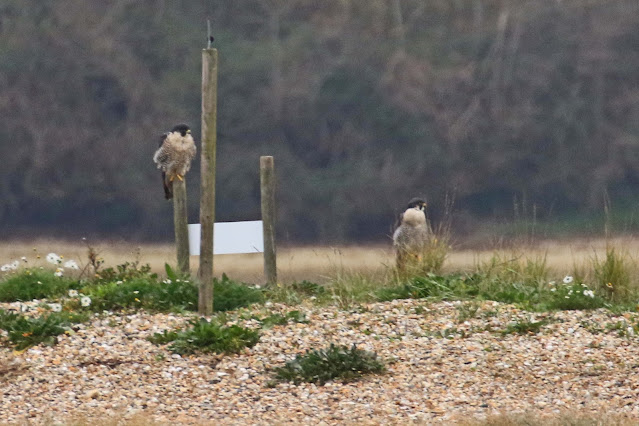 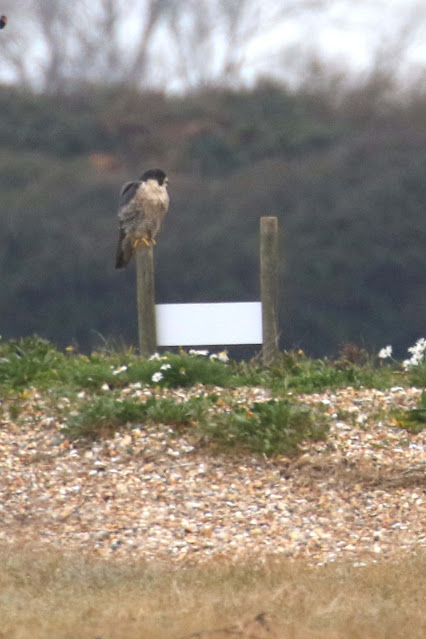 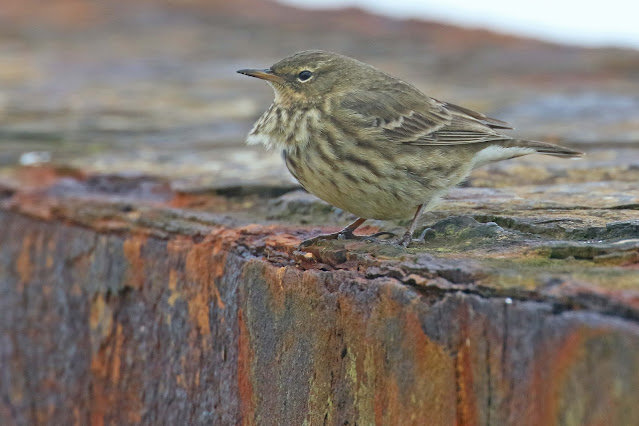 There was a brief encounter with a Water Rail at the south east corner of the Lagoon and an even briefer encounter with a Black Redstart on our neighbours roof top  this afternoon but alas no photo let alone a poor distant shot!

Hopefully I will have more time on my hands in December but the days are short and there are always priorities of a domestic nature which 'have to be done'!

p.s. It is unusual to see two seals in the harbour  ...one is very often seen entering or leaving the harbour or basking on a mud  bank but two seen this week is exceptional.

Posted by Pagham Birder at 6:04 PM No comments: 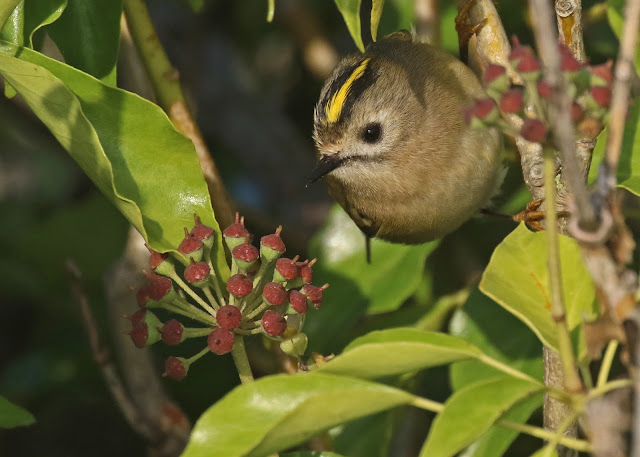 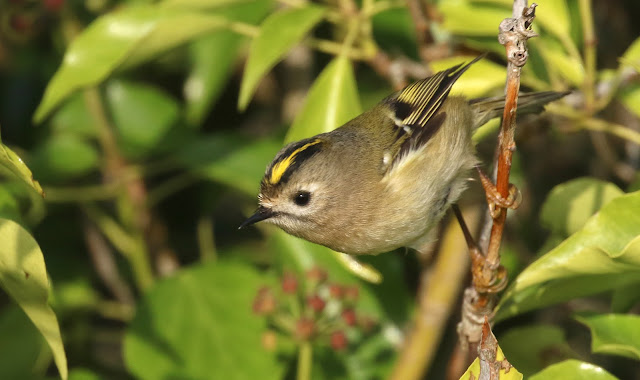 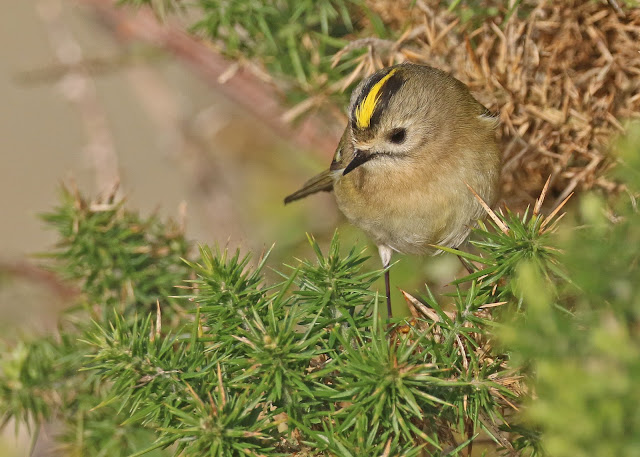 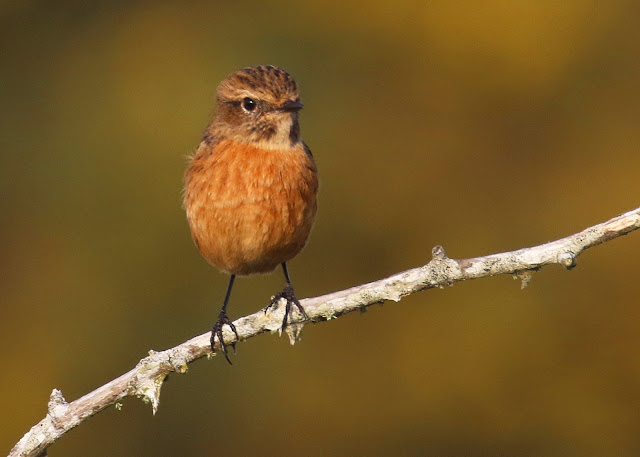 Posted by Pagham Birder at 12:16 PM No comments:

A change in the weather...

Following the rain and wind of the last week it was a real joy to get out into the sunshine and calm weather during the past few days and enjoy Pagham in the autumn! 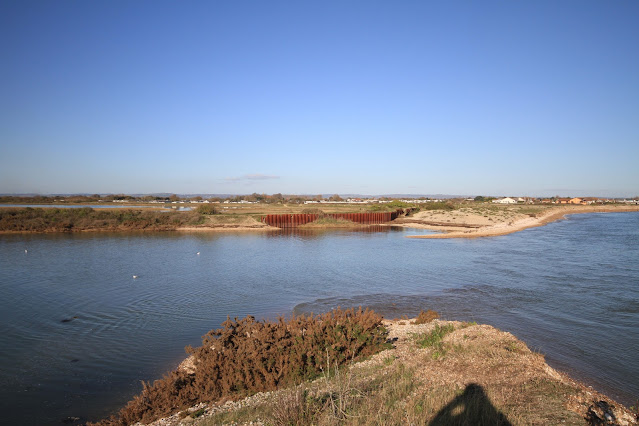 The seal was present the previous week in the harbour entrance at this point and at one time I thought it might swim into the lagoon but it headed on towards the harbour. 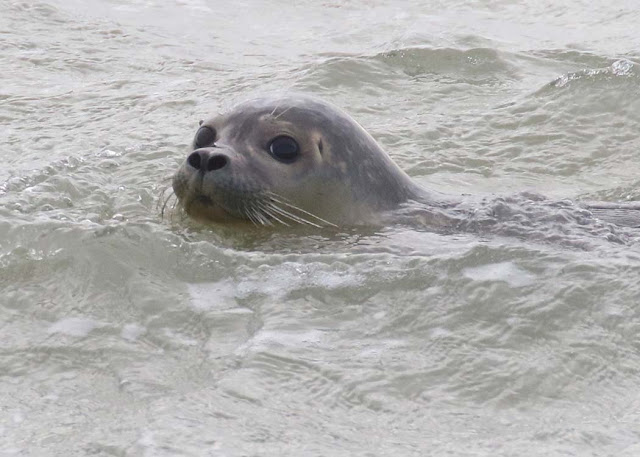 Little Grebes continue to enjoy the Little Lagoon although this morning there were twelve on the main Lagoon along with six Great Crested Grebes. 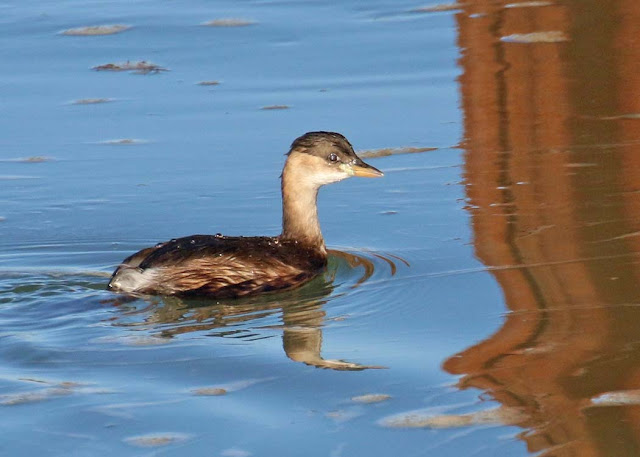 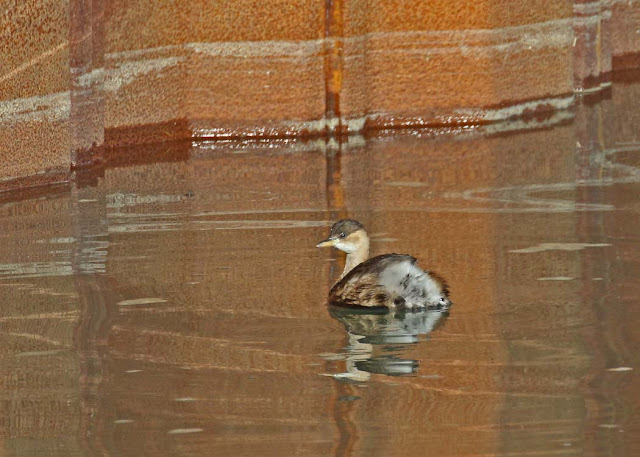 There has been a flock of at least 25 Linnets on the Spit on a regular basis...here's a few in a thorn bush. 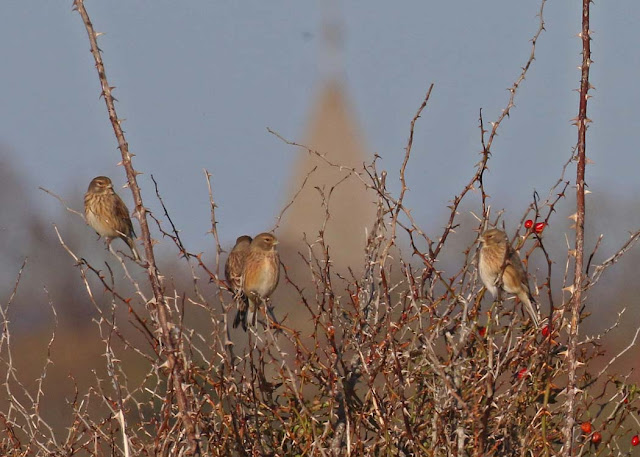 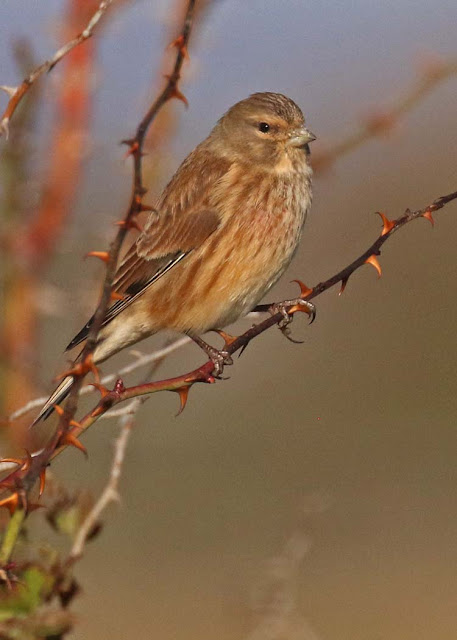 The North Wall is a good spot both in the early morning and late afternoon...for a sunset!
This Marsh Harrier was present yesterday afternoon and although distant, a pleasure to see, quartering the reed bed. 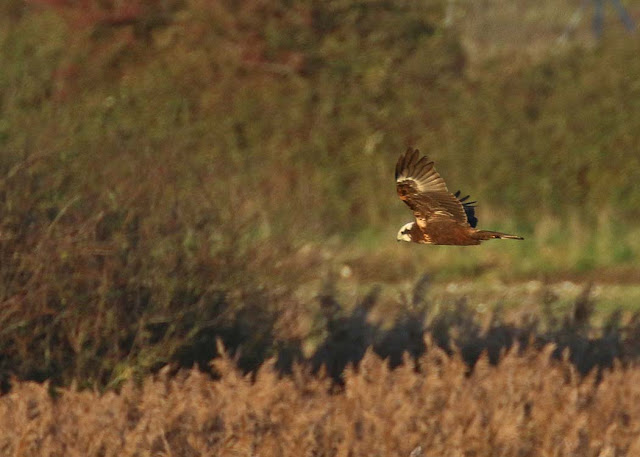 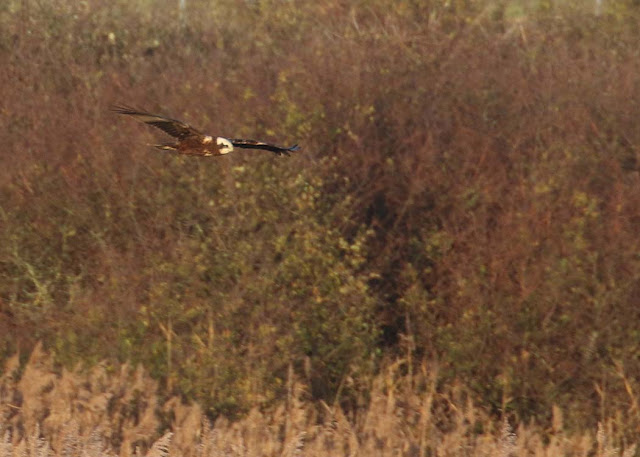 A Wigeon in late afternoon sun by the sluice gate. 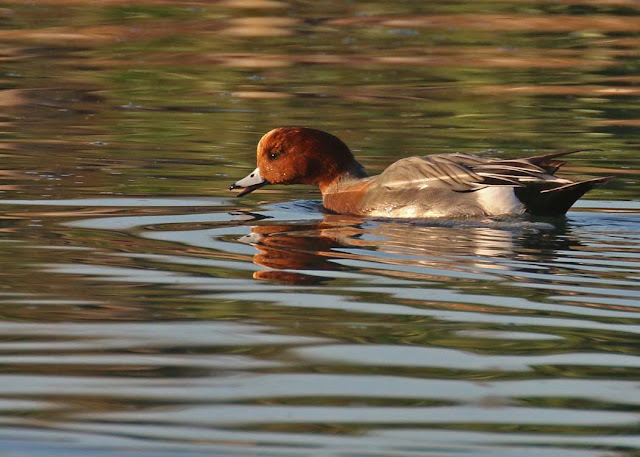 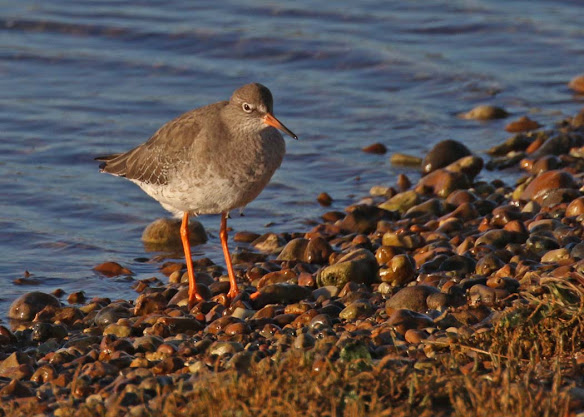 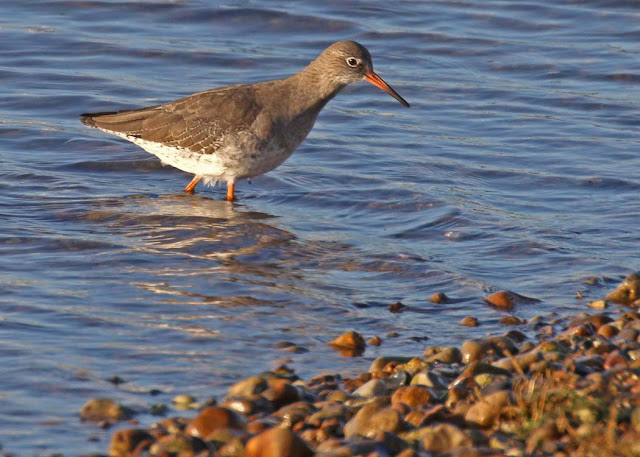 A Curlew silhouetted in late afternoon 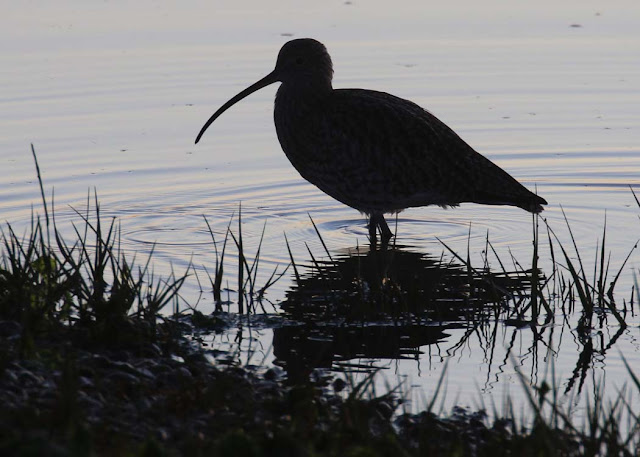 This morning the light had changed and the harbour was just full of birds!
This Grey Plover was watching as I approached the sluice gate but very soon took flight. 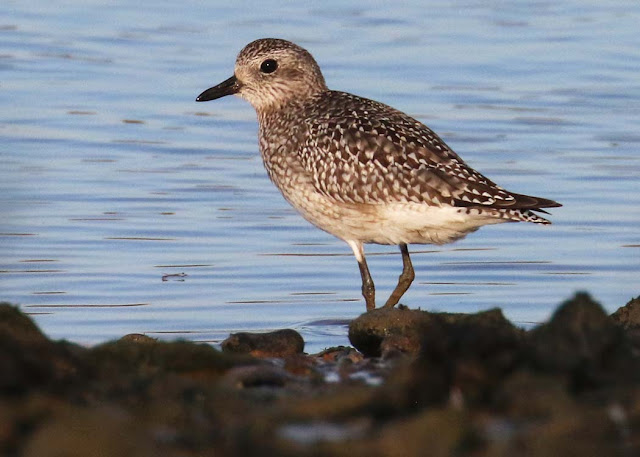 A fine pair of Curlew eyed me as I wandered along the North Wall. 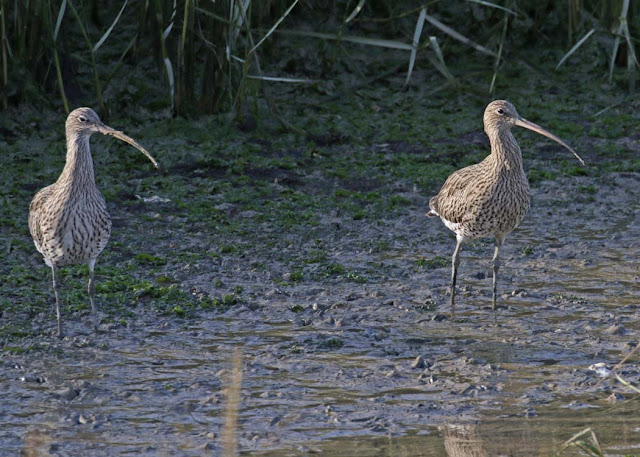 ...and likewise, a Reed Bunting  by the Breech Pool. 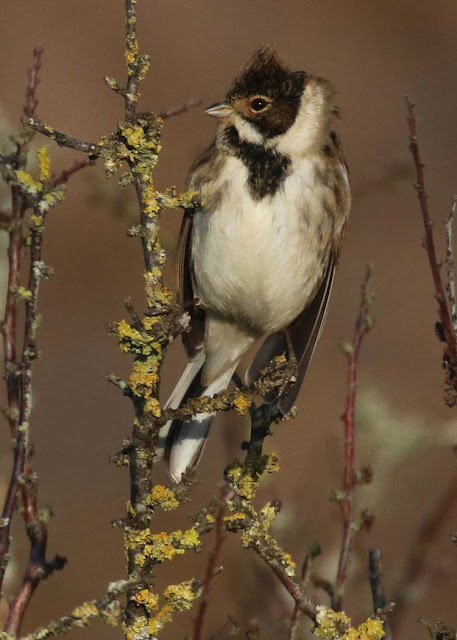 A Grey Wagtail was present although a little distant 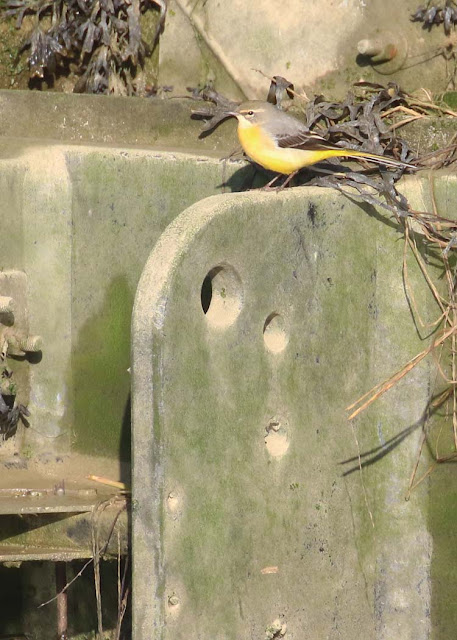 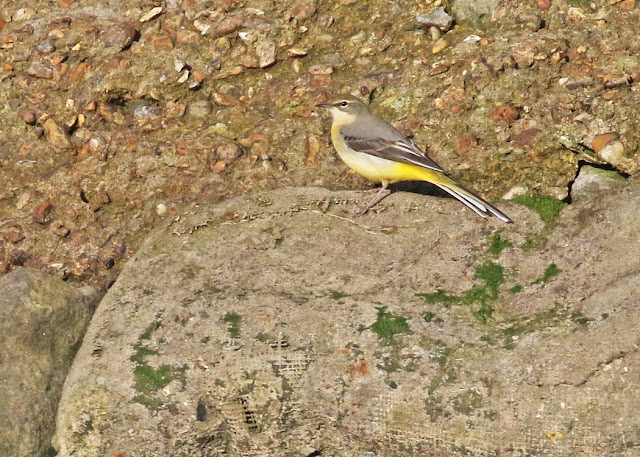 Then suddenly a huge flock of Lapwing arose from the mud flats together with approximately 250 Golden Plover....obviously disturbed by something. 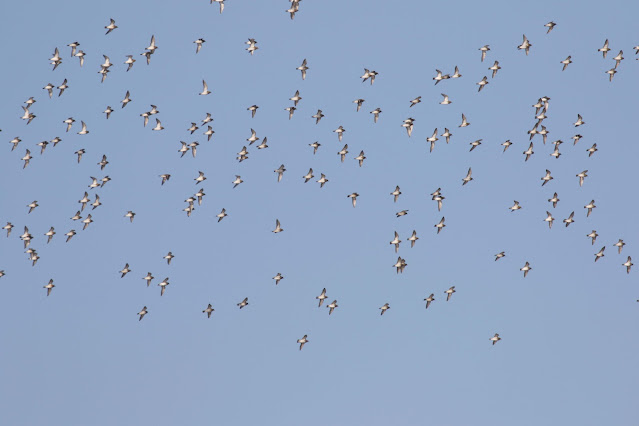 These are amazing birds to watch as they twist and turn in the sunlight and soon they landed on a very  distant mud bank.

Duck numbers have increased dramatically with Wigeon outnumbering everything else so it's good to see a few Pintail!

Sunset over the harbour with the Isle of Wight in the far distance.

Where else would you want to be during the second lockdown!
Posted by Pagham Birder at 5:22 PM No comments: