Pagham Harbour for a variety of birds...difficult to beat!

I checked for yesterdays Black Necked Grebe at the harbour entrance but could not locate it. However a pair of Red Breasted Mergansers were there together with two female Goldeneye along with the usual Wigeon and Brent.

However, unusually there were eight Shovelers on the Lagoon together with three Pochard, two Godeneye plus hundreds of Coots.

A visit to the North Wall in the hope of finding a few Beardies resulted in a blank. However a female Reed Bunting posed on the reed stems...


...and then a Green Woodpecker flew from the tree by the paddock to a fence by the sluice...what a bird! 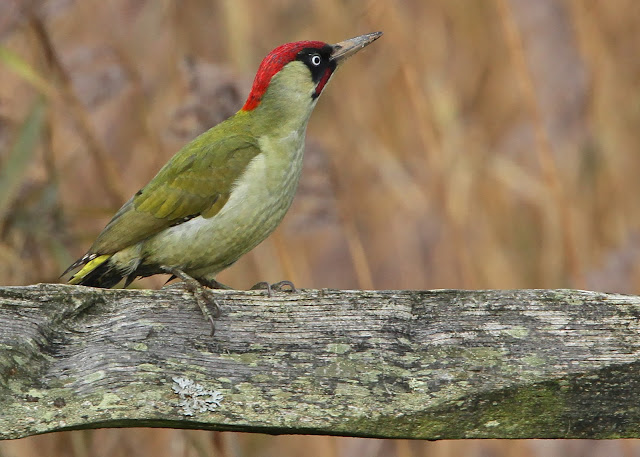 No Beardies but still the camera was put to good use....Pagham rarely disappoints!

Posted by Pagham Birder at 2:48 PM