Having missed out on a few 'good' birds whilst being on recent holidays I was pleased to hear that the Purple Heron had reappeared in the last few days.

So this morning I felt it would be worthwhile to get out early to see if I could locate  the spot it had been seen several times usually during the early part of the day. I was on site at just before eight and initially could not locate it until I saw a birder some way away looking towards me from the other side of the field. At last I located it in the middle of the field viewable from 'the 'gate' as in previous reports.

It was a long way off for any decent photos but here are a few record shots. 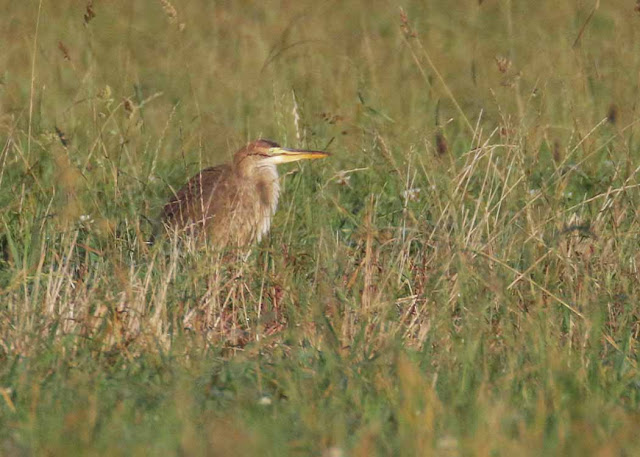 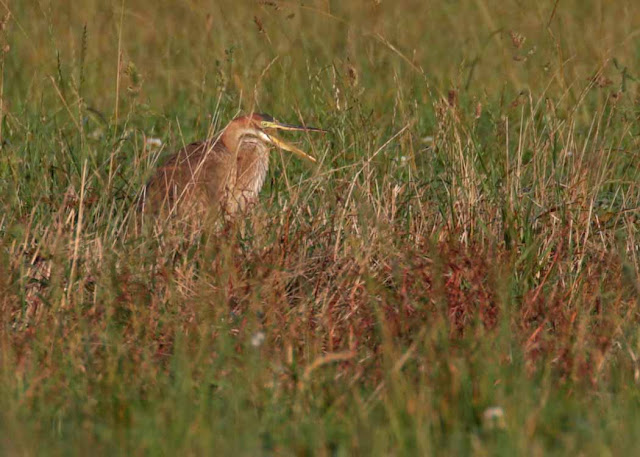 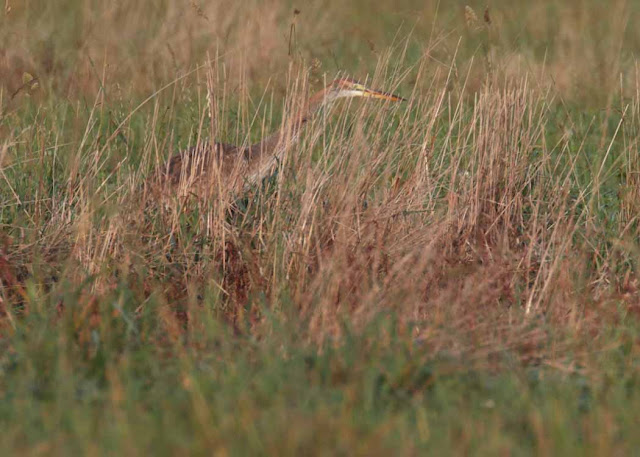 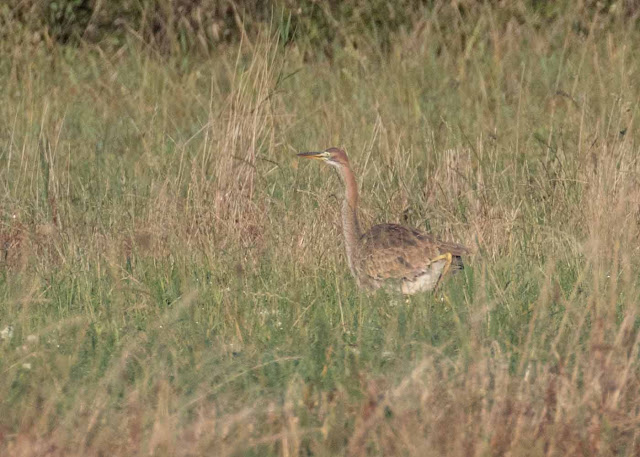 At least it was a record and a first for the Pagham area for me although I have several records from Minsmere and Mallorca....but this was special.... a Pagham special!!

Although during the past week Brent Geese have been circling the harbour they all seem to decide to fly on westwards. However, on Saturday these eight Brents were seen from Pagham Spit...the first I'd noted in the harbour. 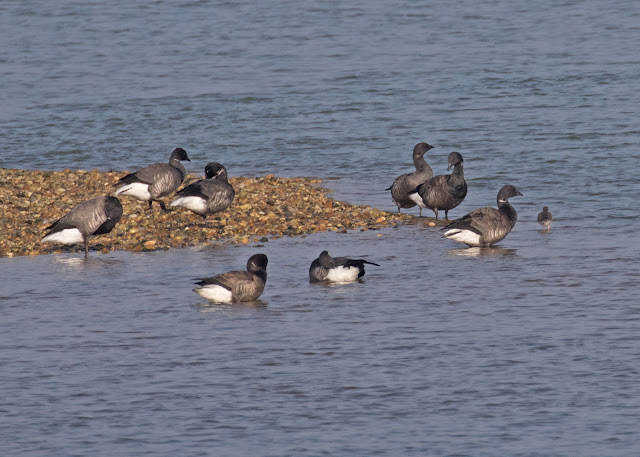 The huge numbers of Red Admirals and Peacocks on the ivy was extraordinary. 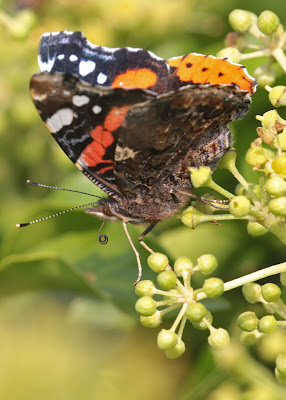 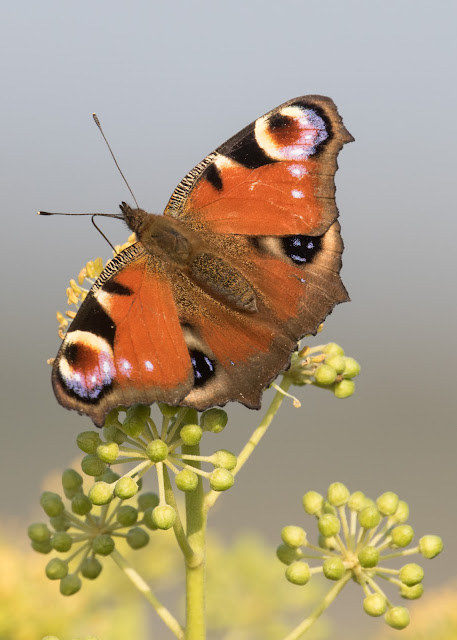