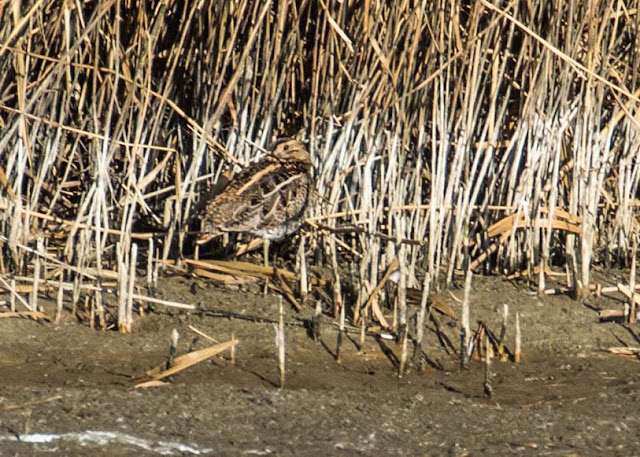 This was definitely the highlight of the morning....thanks to the eagle eye of local birder Les ...a great spot!

It was difficult to see even after we could locate it at the far side of the Breech Pool. Once it started bobbing up and down it became a little more obvious!

Birds in the harbour were constantly on the move and at one time a Peregrine caused mayhem! The Golden Plover which were happily resting in the saltmarsh.... 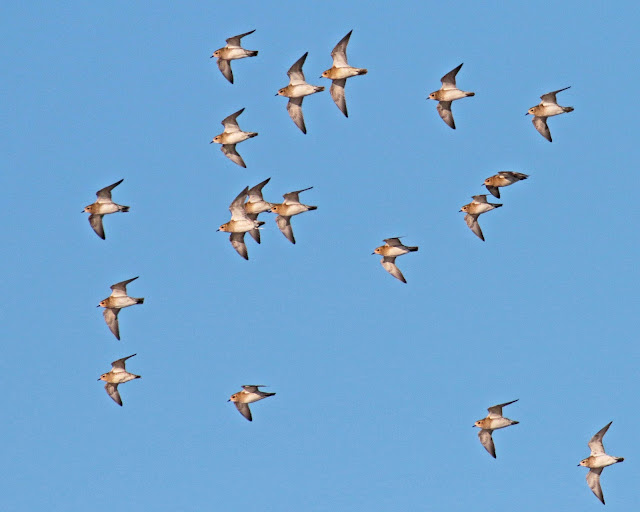 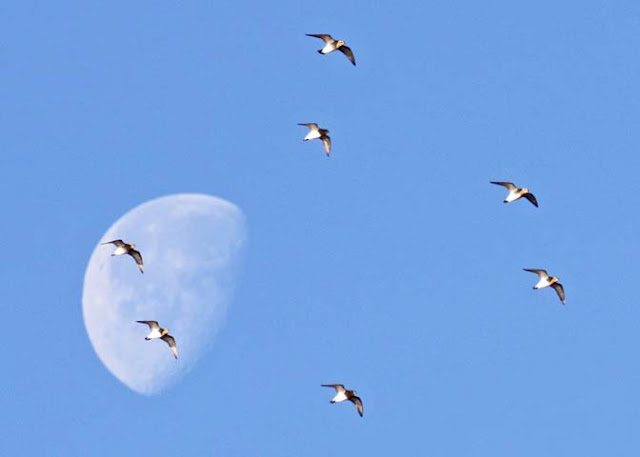 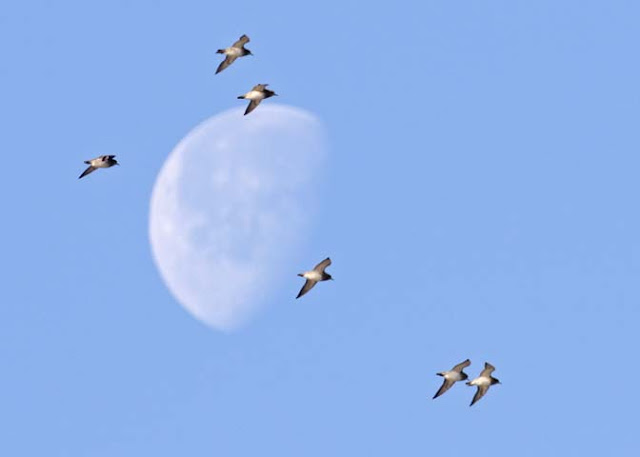 ...together with the Lapwings 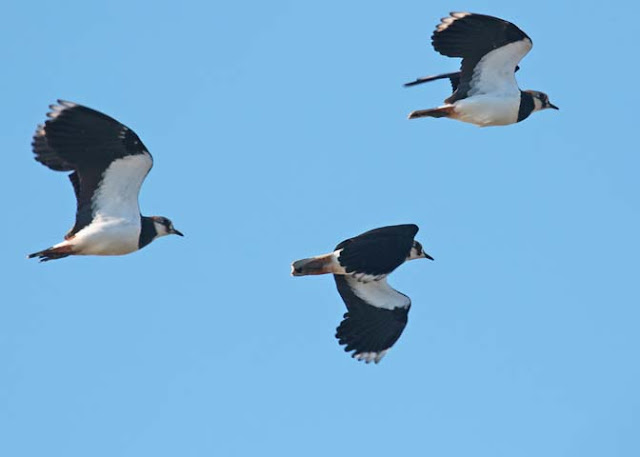 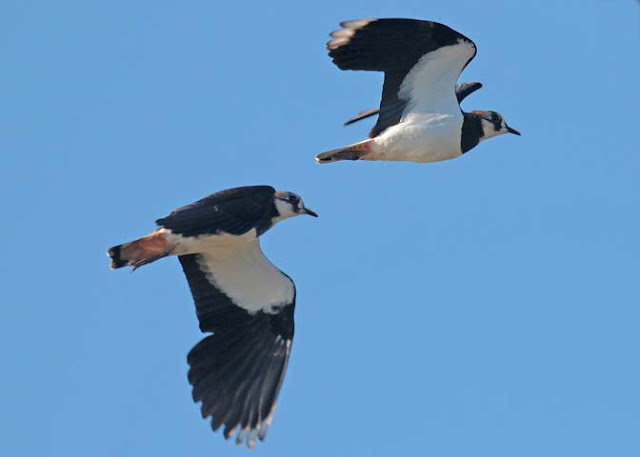 ...and the Brent Geese 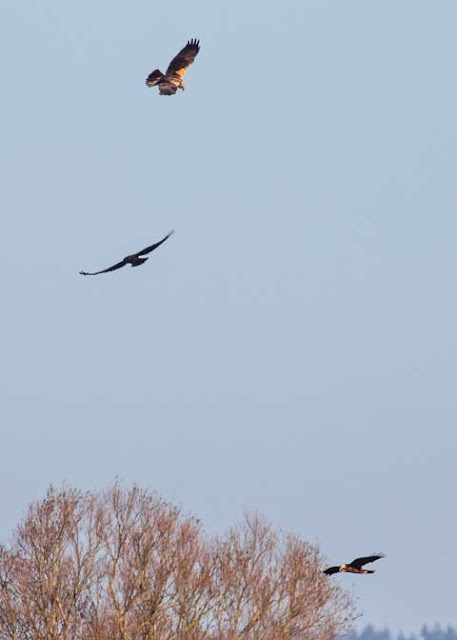 Wigeon were feeding close to the Salthouse and allowed some closeups especially this particularly confiding drake. 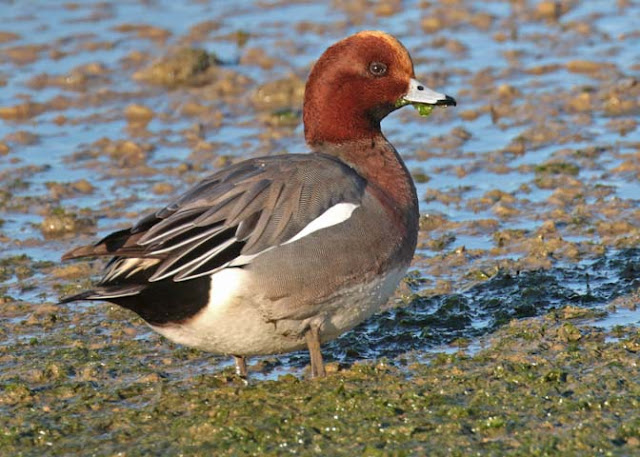 In the late afternoon I noticed that the female Goldeneye had been joined by another on the Lagoon...but still no drake.

Out on the Church Norton spit the familiar figure of a local birder and his dog were seen probably photographing the four Goosanders at the harbour mouth. 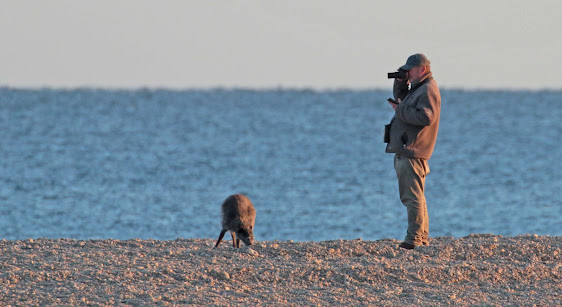 Yesterday I was able to approach a couple of Grey Plovers which seemed to have taken a liking to what was the Little Lagoon but now virtually drains out at low tide and affords a good feeding ground. 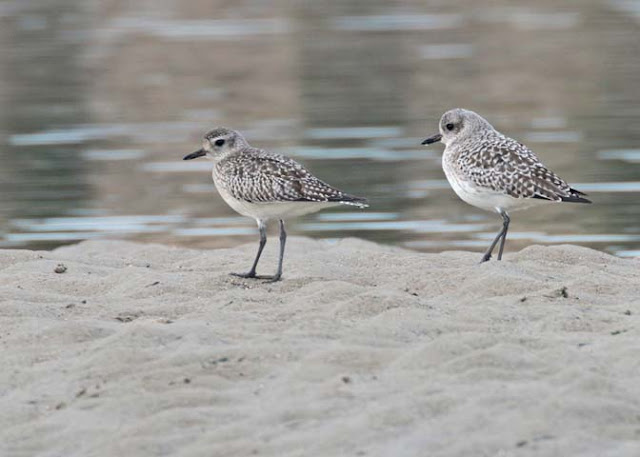 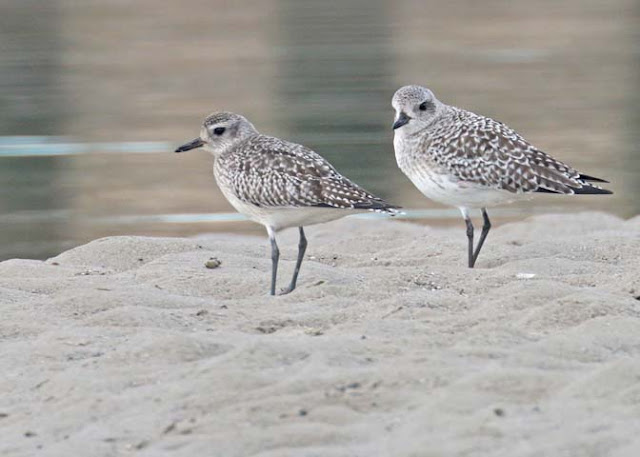 Posted by Pagham Birder at 8:04 PM