It was good to be out on this bright and sunny morning although the keen nor'westerly was almost too keen for my liking! At the harbour mouth the new cut is changing the whole layout of the shingle banks and tidal flow almost daily. 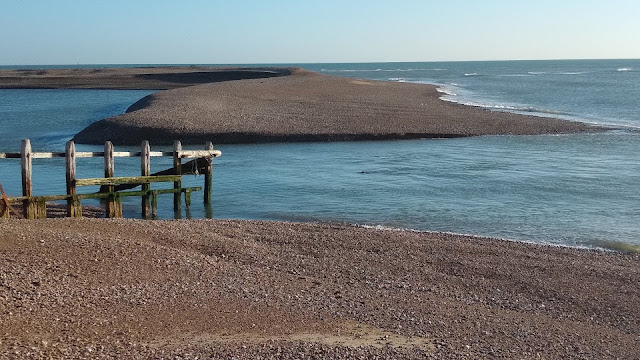 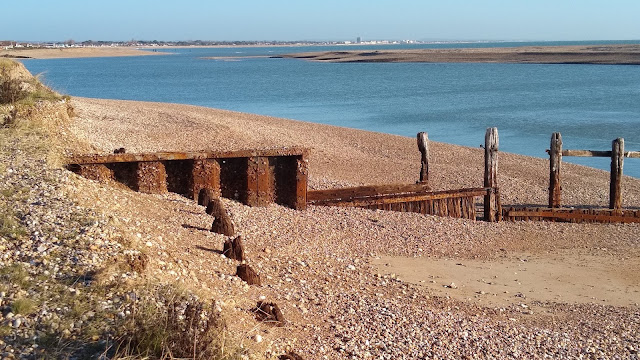 The birdlife is also adapting to the change especially so in what was the New Lagoon but  which is no longer! More waders are using the area now as a feeding ground and this will be interesting to watch in future.
However. this morning it was good to see a single Avocet in the harbour... 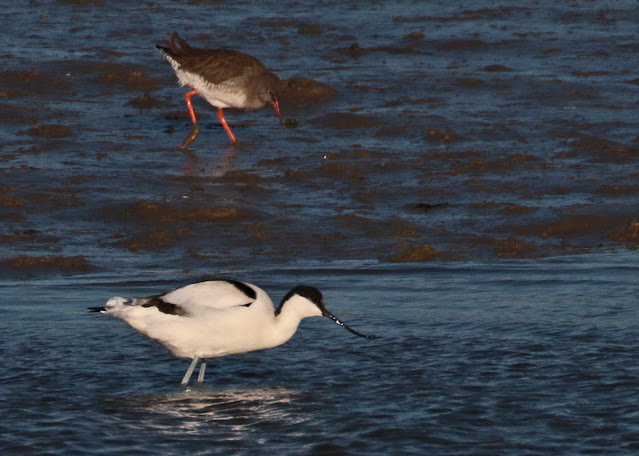 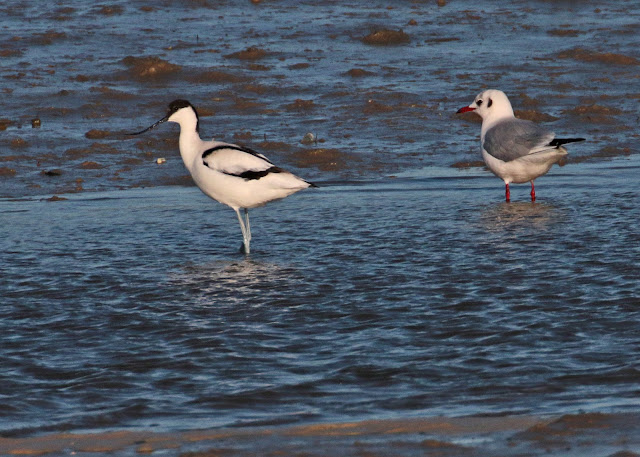 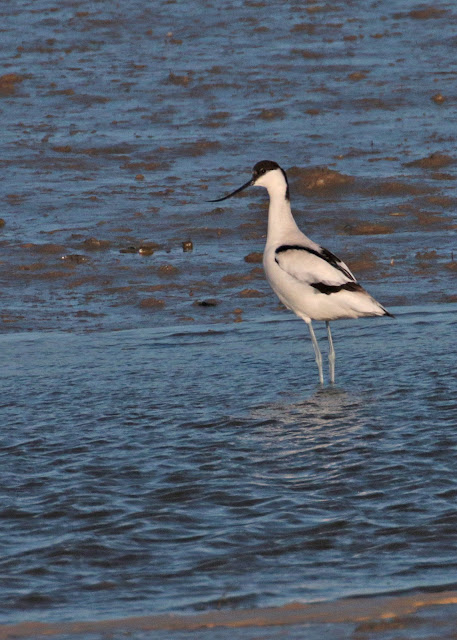 A couple of days ago there was a flock of eighteen Skylarks along the shoreline but this morning, just six. Here's one in flight. 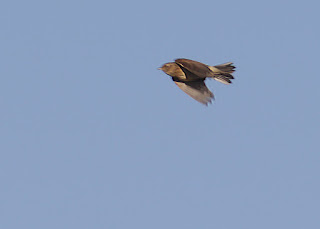 Wigeon continue to out number all the other duck species 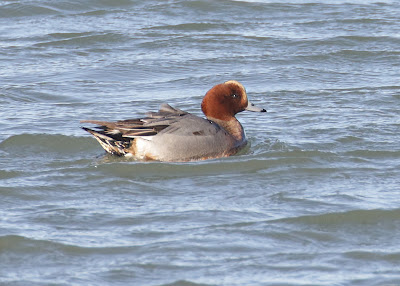 This Grey Plover was appreciating the newly exposed mud of the now tidal lagoon. ....together with several Turnstones. 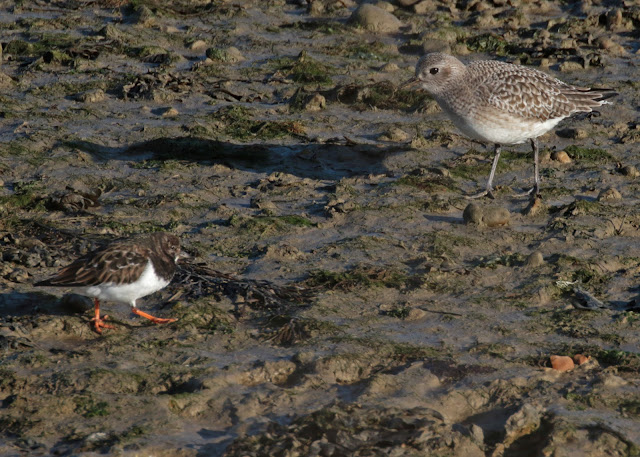 A Little Egret was feeding quietly 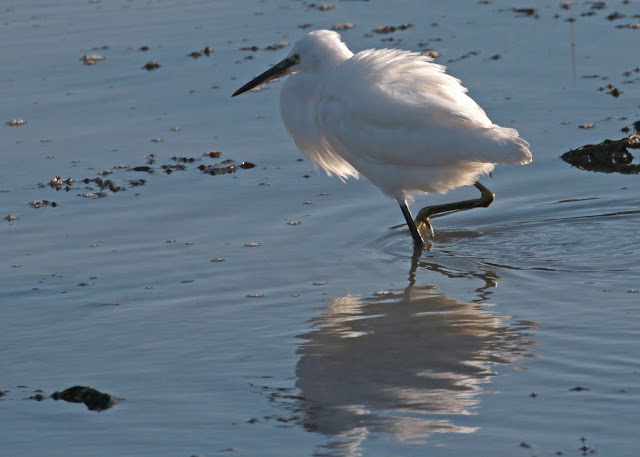 ...until it suddenly planned a strike on an unsuspecting fish 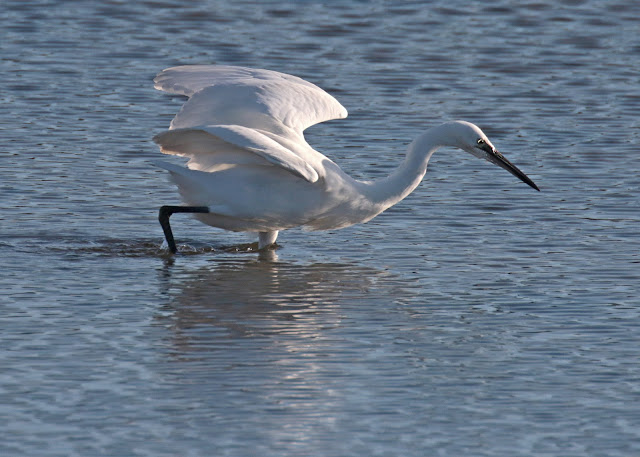 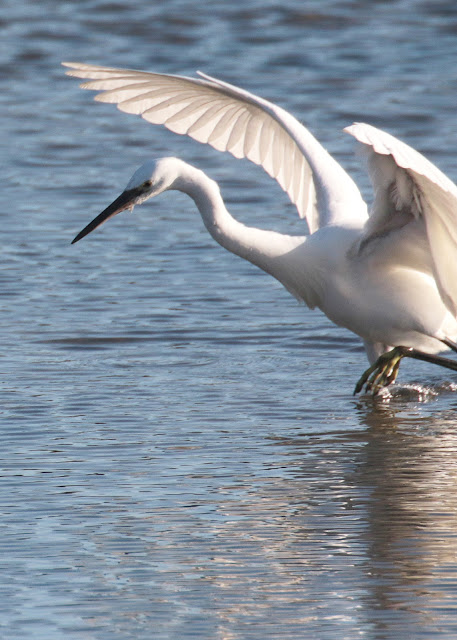 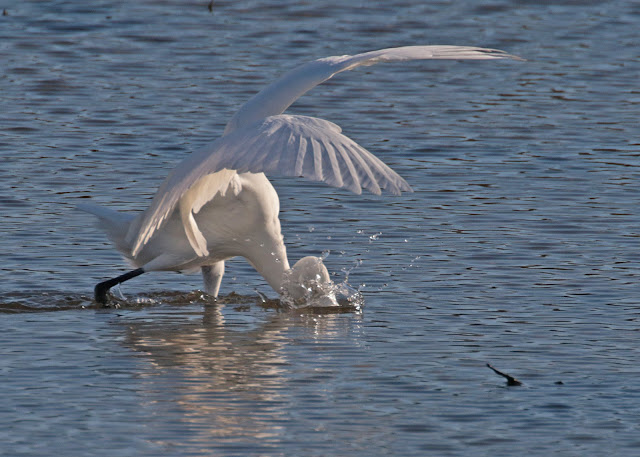 A Kingfisher flashed past....too quick even for a record shot 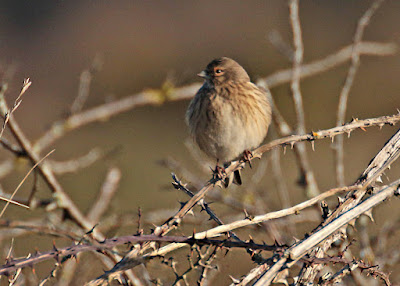 Several Linnets were present in the dead brambles 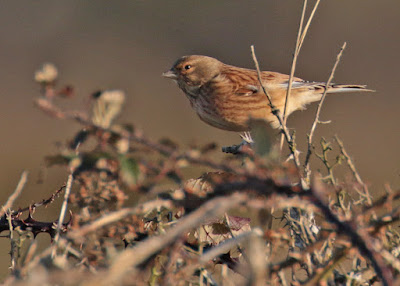 The Brent Geese seem to have taken a liking to the new 'old' Lagoon area too. 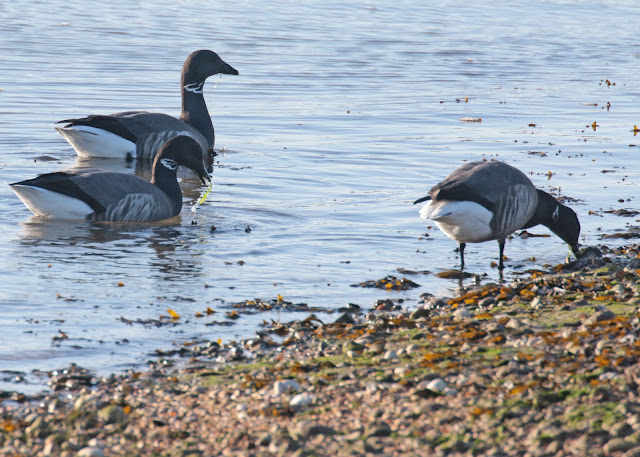 All this in the space of 30 minutes a stones throw from our place on the beach. Can't be a bad place for a birder.

Posted by Pagham Birder at 7:34 PM