As I was unable to get to the North Wall yesterday afternoon I made a special effort to make an early start in the hope that the Wood Sandpiper would still be present as reported several times yesterday afternoon and evening. Alas, there was no sign of it on the Breech Pool !! In fact very little bird life at all! I continued to the Halsey rife hoping it may have relocated but apart for a few of the regular ducks there was little else

However upon my return I was rewarded with a Little Ringed Plover on the almost dried up Breech Pool and shortly after this, a second LRP was spotted further along the pool in the shallows. 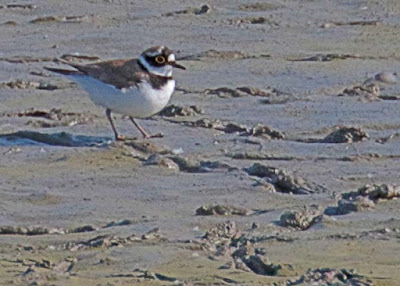 A couple of Marsh Harriers were about and one was collecting quite large twigs and taken them into the reed bed.
On Sunday morning there was a very vocal Lesser Whitethroat in the bushes alongside Whites Creek and unusually for the species showed itself quite well from time to time(for a few seconds!) 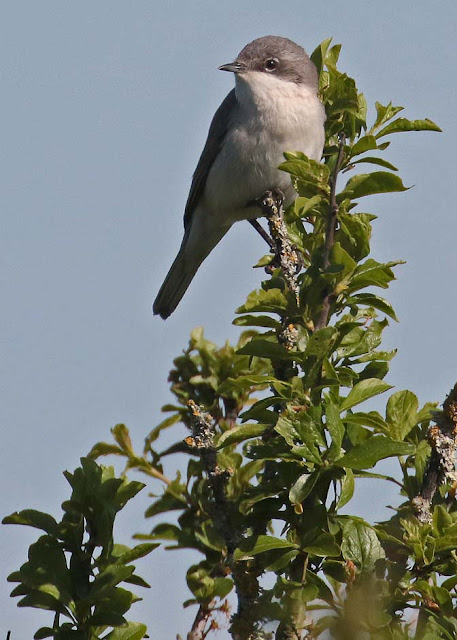 Just a word of warning, especially for any visitors to Pagham Beach and the spit that there are numerous  'tents' of Brown-Tail moths and caterpillars are emerging at an enormous rate. 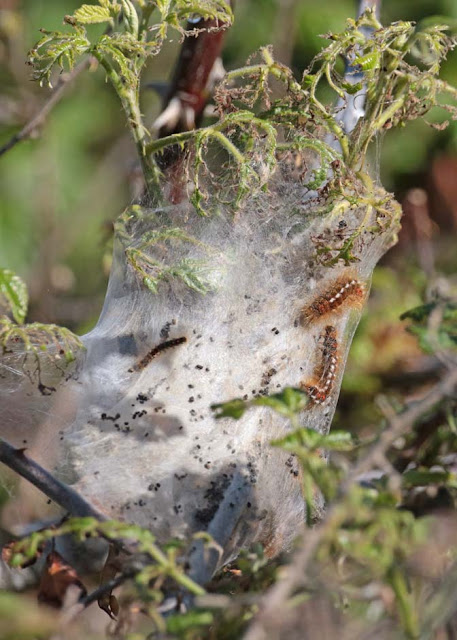 Although attractive these caterpillars are a menace.They have brown spiky hairs with a distinctive white line down each side and are up to 38mm long. Their hairs can cause an allergic reaction in the form of a very itchy skin rash. So take care and avoid!! 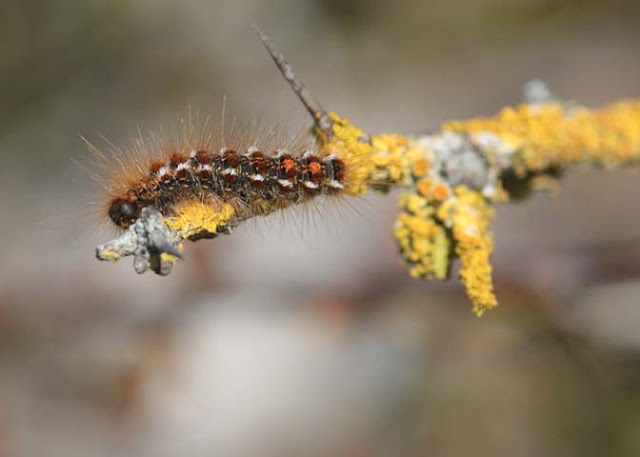 A benefit from these caterpillars is that Cuckoos love them and on Saturday afternoon I found one in a few bush on the spit gorging itself, despite the fact it was a busy time of day and many people were about.
Posted by Pagham Birder at 8:25 PM