We have just returned from a week in Suffolk and having looked through my photographs there is only one species which really stands out!

We learned from a local that there were a few 'Heath Chickens' still around the Minsmere RSPB reserve and so we decided to look in the evening at the specified site. Sure enough there were a few fairly distant birds but they were against the low evening light and photography was very difficult / well nigh impossible. A decision was made to return next morning and we were able to see them a lot better and actually heard their strange calls. Having taken many photos with the 500mm  lens with 1.4 extender results were not acceptable but ok as record shots.

Another attempt was made the following morning but although 11 birds were noted they were still a fair distance away. However just as we were about to leave we saw one bird a little closer as it 'emerged' from behind a bush and in just a few minutes we were able to capture these photos.... 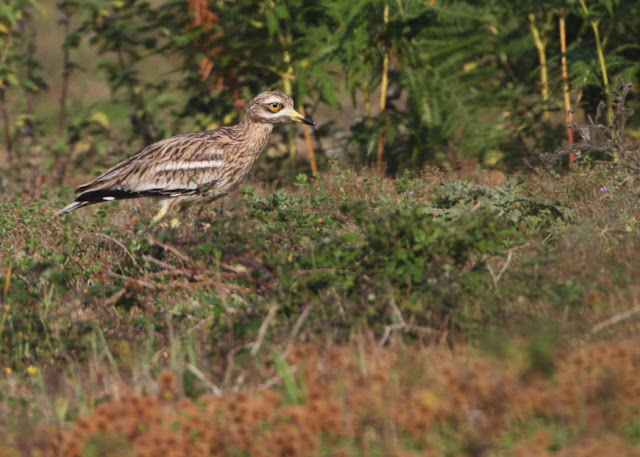 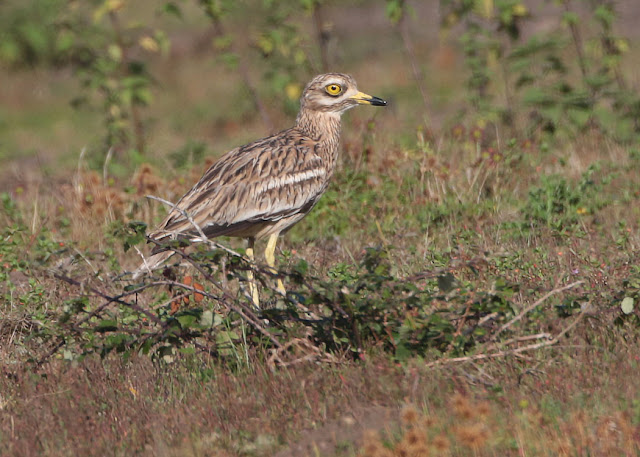 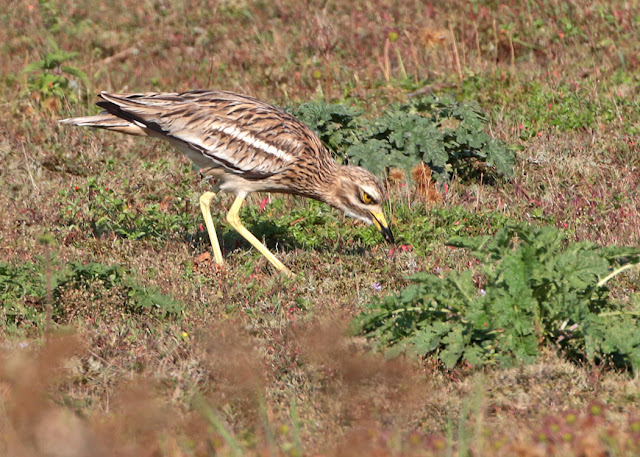 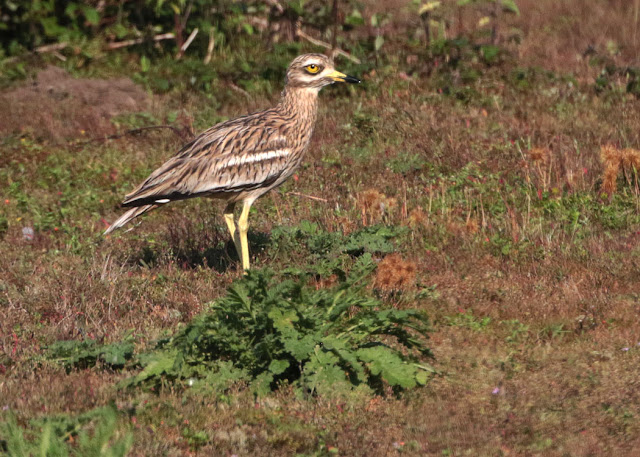 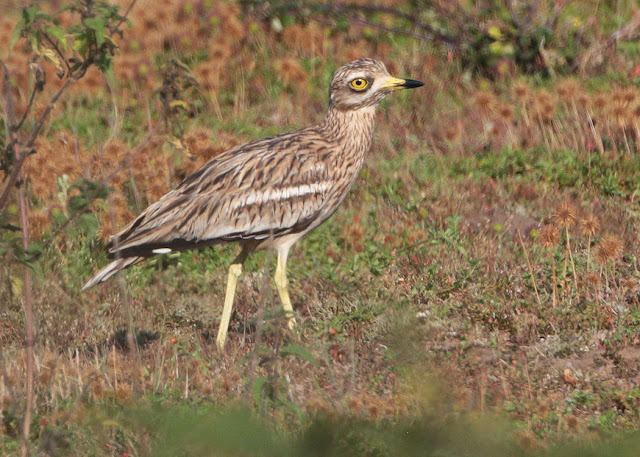 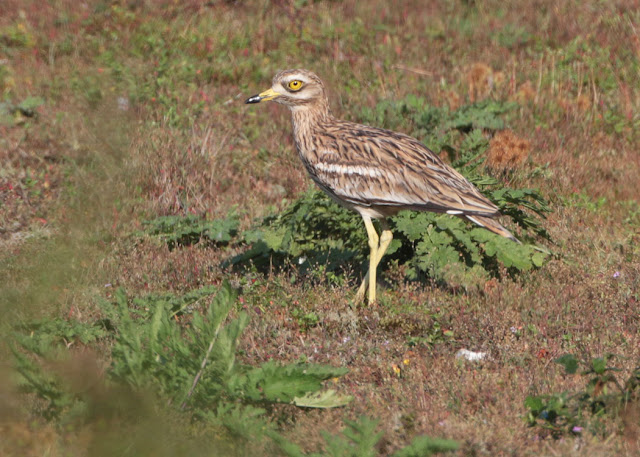 I saw these birds at Wicken Fen in Norfolk some years ago but never got any photographs due to the distance involved. The only other records for me are nesting birds in S'albufertta in Mallorca but heat shimmer was then a bit of a problem.
Other birds in Suffolk paled into insignificance but the 18 Spoonbills on Hazelwood Marshes were good to see but only a distant shot resulted...here are a few at the high tide roost. 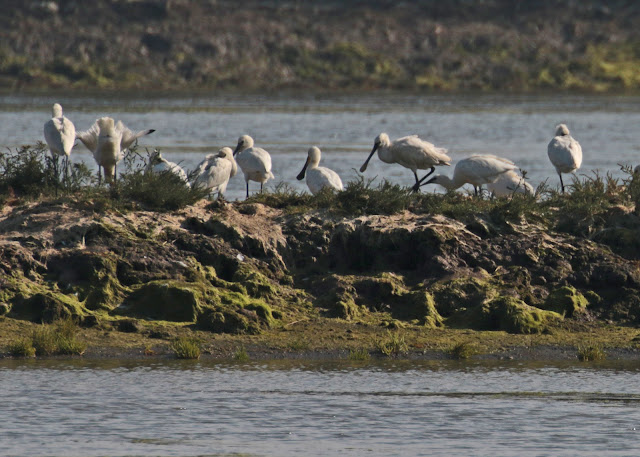 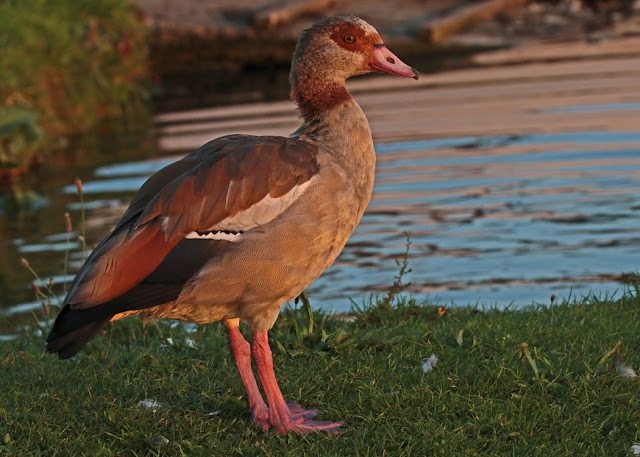 Egyptian Goose on The Mere, Thorpeness 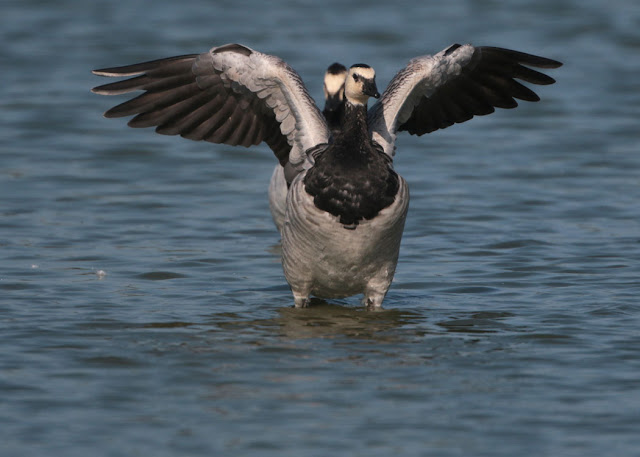 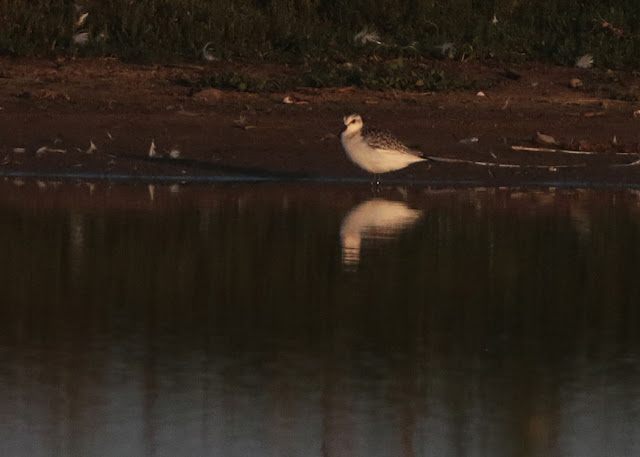 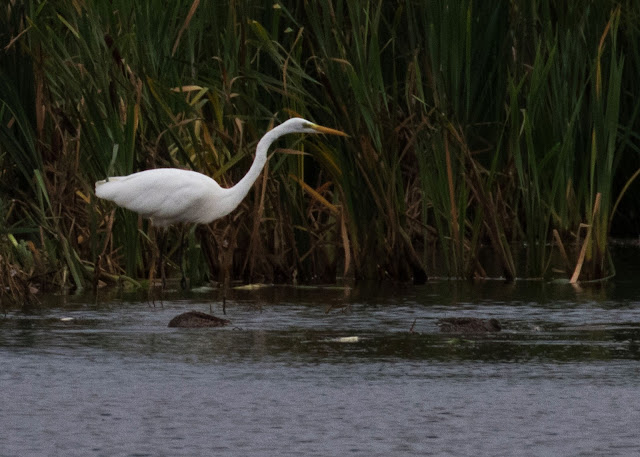 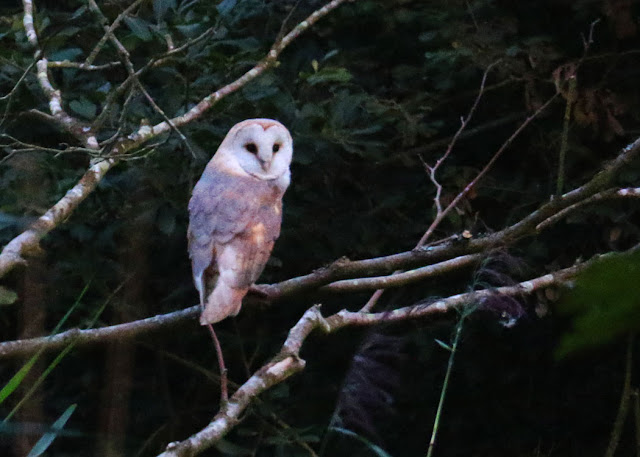 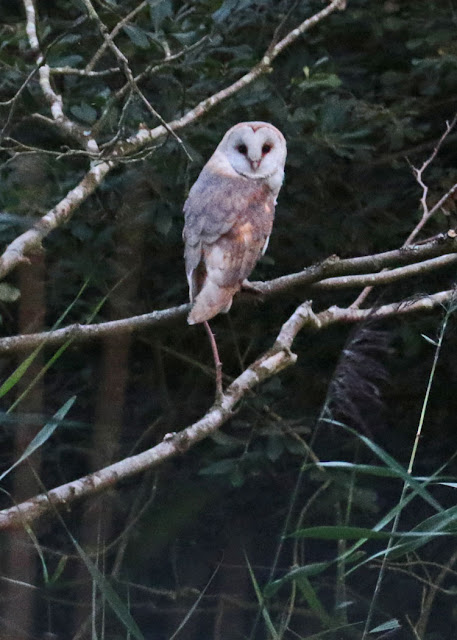 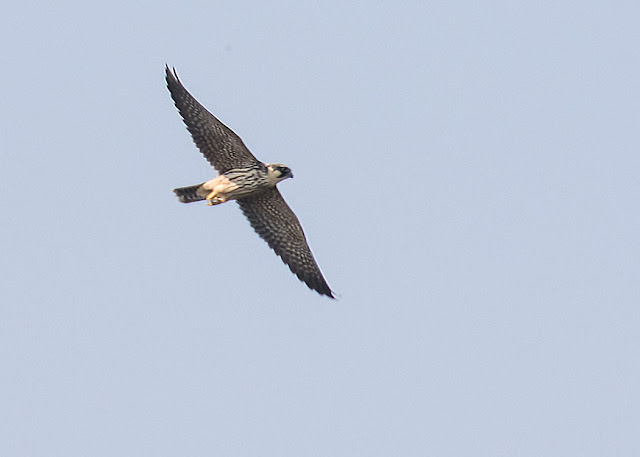 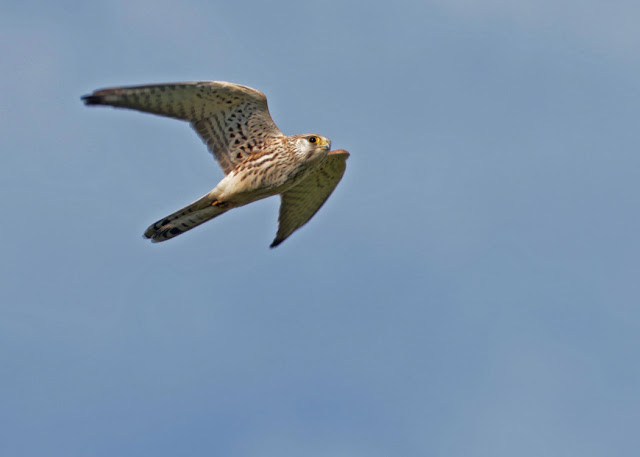 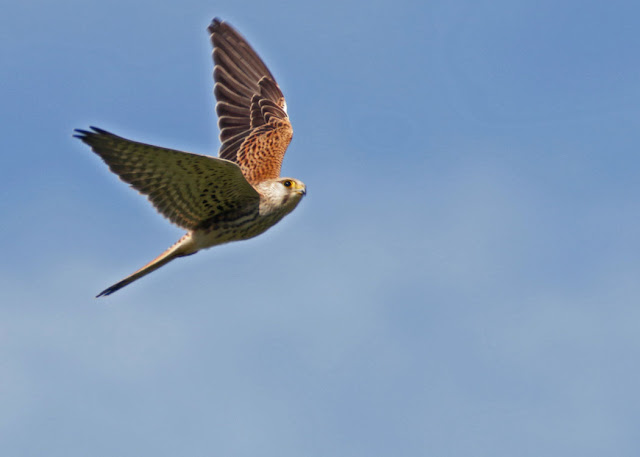 Wheatear...on the beach at Thorpeness. 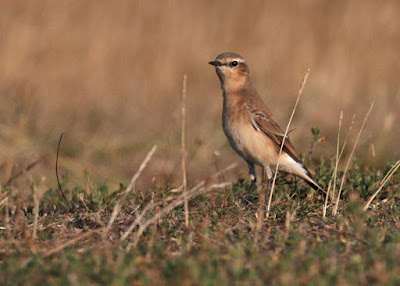 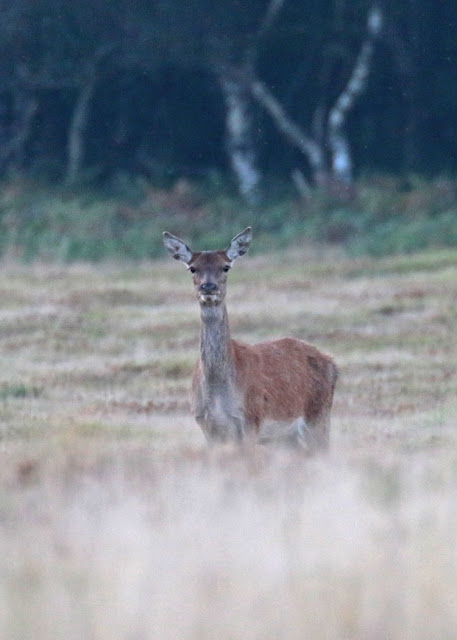 Posted by Pagham Birder at 3:36 PM